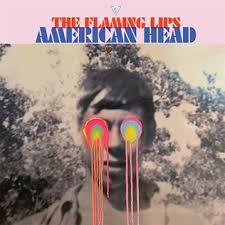 The Flaming Lips have released their much anticipated new album AMERICAN HEAD. Produced by longtime collaborator Dave Fridmann and The Lips, the album is comprised of thirteen new cinematic tracks.

Among them features “God and the Policeman”, a special track that has backing vocals from country superstar Kacey Musgraves. The Lips have also filmed a new video for this track in Oklahoma and Texas, directed by Wayne Coyne and Blake Studdard.

Click here to view the video for “God and the Policeman.”

The band have not only already shared videos for the singles ‘Flowers Of Neptune 6’, ‘My Religion Is You’, ‘You n Me Selling’ Weed’ and ‘Dinosaurs On The Mountain’, but have also created a series of mini-documentaries highlighting songs from AMERICAN HEAD.

The tracklisting is as follows:

1. Will You Return / When You Come Down

4. Dinosaurs On The Mountain

5. At The Movies On Quaaludes

You can find out more information about the band by visiting their website at: https://www.flaminglips.com/

Michael Ball and Alfie Boe ‘BACK TOGETHER’ on the cinema screen