The Beatles' legendary rooftop concert from Peter Jackson’s Docuseries “The Beatles: Get Back” to make theatrical debut exclusively in Imax 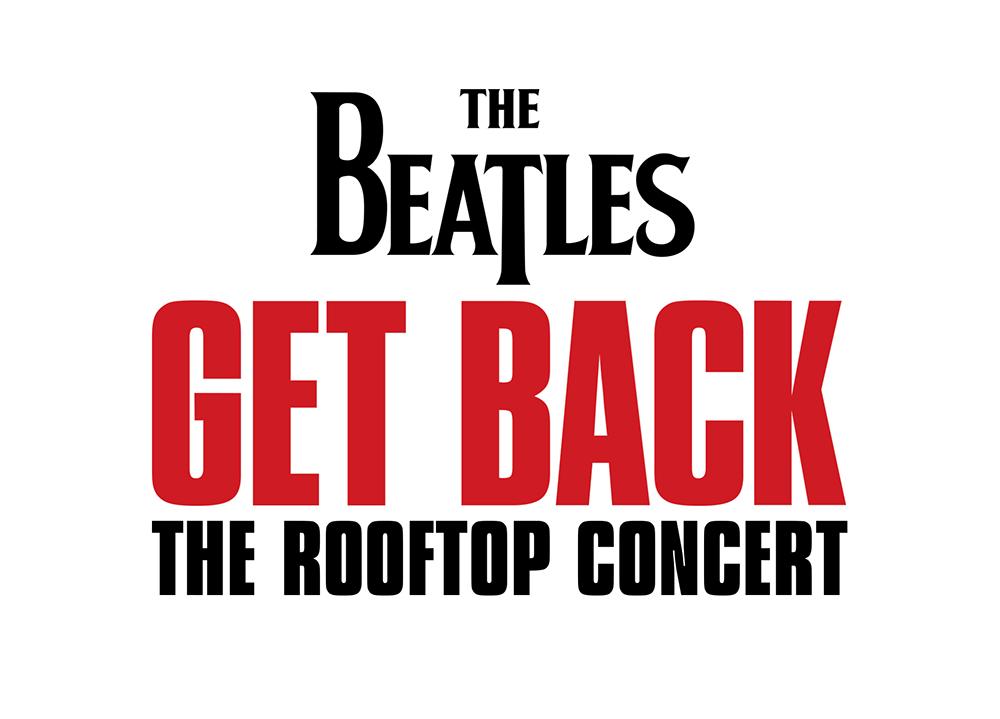 LEGENDARY ROOFTOP CONCERT FROM PETER JACKSON’S DOCUSERIES
“THE BEATLES: GET BACK” TO MAKE THEATRICAL DEBUT EXCLUSIVELY IN IMAX®

Complete Docuseries to be Released on Blu-rayTM in the UK on February 28, 2022

The Beatles’ unforgettable concert on the rooftop of Apple Corps’ Savile Row headquarters on January 30, 1969, will debut as a 60-minute feature at an Exclusive IMAX® Event Screening and Filmmaker Q&A on January 30, 2022.

To celebrate the anniversary of the landmark performance, select IMAX® theaters will host the screenings with a filmmaker Q&A and give away exclusive mini-posters. The Q&A will be broadcast via satellite simultaneously to all connected IMAX locations. “I’m thrilled that the rooftop concert from ‘The Beatles: Get Back’ is going to be experienced in IMAX, on that huge screen,” says director/producer Peter Jackson. “It’s The Beatles’ last concert, and it’s the absolute perfect way to see and hear it.”

“Ever since Peter Jackson’s beautiful and illuminating docuseries debuted, we’ve heard non-stop from fans who want to experience its unforgettable rooftop performance in IMAX,” says Megan Colligan, president of IMAX Entertainment. “We are so excited to partner with Disney to bring ‘Get Back’ to an entirely new stage and give Beatles fans everywhere a once-in-a-lifetime opportunity to watch and hear their heroes in the unrivalled sight and sound of IMAX.”

The concert, which features in its entirety in Peter Jackson’s original docuseries “The Beatles: Get Back,” will be optimized for IMAX screens, digitally remastered into the image and sound quality of The IMAX Experience® with proprietary IMAX DMR® (Digital Remastering) technology.

ABOUT THE DOCUSERIES:
Directed by three-time Oscar®-winning filmmaker Peter Jackson (“The Lord of the Rings” trilogy, “They Shall Not Grow Old”), “The Beatles: Get Back” takes audiences back in time to the band’s January 1969 recording sessions, which became a pivotal moment in music history. The docuseries showcases The Beatles’ creative process as they attempt to write 14 new songs in preparation for their first live concert in over two years. Faced with a nearly impossible deadline, the strong bonds of friendship shared by John Lennon, Paul McCartney, George Harrison, and Ringo Starr are put to the test. The docuseries is compiled from nearly 60 hours of unseen footage shot over 21 days, directed by Michael Lindsay-Hogg in 1969, and from more than 150 hours of unheard audio, most of which has been locked in a vault for over half a century. Jackson is the only person in 50 years to have been given access to this Beatles treasure trove, all of which has now been brilliantly restored.  What emerges is an unbelievably intimate portrait of The Beatles, showing how, with their backs against the wall, they could still rely on their friendship, good humor, and creative genius. While plans derail and relationships are put to the test, some of the world’s most iconic songs are composed and performed. The docuseries features – for the first time in its entirety – The Beatles’ last live performance as a group, the unforgettable rooftop concert on London’s Savile Row, as well as other songs and classic compositions featured on the band’s final two albums, Abbey Road and Let It Be. The three-part docuseries includes never-before-seen, restored footage that at times includes explicit language, mature themes, and smoking. Viewer discretion is advised.

An exciting new collaboration between The Beatles and Jackson presented by The Walt Disney Studios in association with Apple Corps Ltd. and WingNut Films Productions Ltd., “The Beatles: Get Back” is directed by Peter Jackson and stars John Lennon, Paul McCartney, George Harrison, and Ringo Starr. The docuseries is  produced by Paul McCartney, Ringo Starr, Yoko Ono Lennon, Olivia Harrison, Jonathan Clyde (“Eight Days a Week”), Clare Olssen (“They Shall Not Grow Old”) and Peter Jackson, with Apple Corps’ Jeff Jones (“Eight Days a Week”) and Ken Kamins (“The Hobbit” trilogy) serving as executive producers. Jabez Olssen (“Rogue One: A Star Wars Story”) serves as the film’s editor, the music supervisor is Giles Martin (“Rocketman”), Michael Hedges (“The Adventures of Tintin”) and Brent Burge (“The Hobbit” trilogy) serve as the series re-recording mixers, and the music is mixed by Giles Martin and Sam Okell (“Yesterday”).

“The Beatles: Get Back” is currently streaming exclusively on Disney+.

ABOUT IMAX:
IMAX®, an innovator in entertainment technology, combines proprietary software, architecture and equipment to create experiences that take you beyond the edge of your seat to a world you’ve never imagined. Top filmmakers and studios are utilizing IMAX theaters to connect with audiences in extraordinary ways, and, as such, IMAX’s network is among the most important and successful theatrical distribution platforms for major event films around the globe.

IMAX is headquartered in New York, Toronto, and Los Angeles, with additional offices in London, Dublin, Tokyo, and Shanghai. As of September 30, 2021, there were 1,664 IMAX theater systems (1,580 commercial multiplexes, 12 commercial destinations, 72 institutional) operating in 85 countries and territories. Shares of IMAX China Holding, Inc., a subsidiary of IMAX Corporation, trade on the Hong Kong Stock Exchange under the stock code “HK.1970.”

IMAX®, IMAX® Dome, IMAX® 3D, IMAX® 3D Dome, Experience It In IMAX®, The IMAX Experience®, An IMAX Experience®, An IMAX 3D Experience®, IMAX DMR®, DMR®, IMAX nXos® and Films to the Fullest®, are trademarks and trade names of the Company or its subsidiaries that are registered or otherwise protected under laws of various jurisdictions. More information about the Company can be found at www.imax.com. You may also connect with IMAX on Instagram (https://www.instagram.com/imax), Facebook (www.facebook.com/imax), Twitter (www.twitter.com/imax) and YouTube (www.youtube.com/imaxmovies).