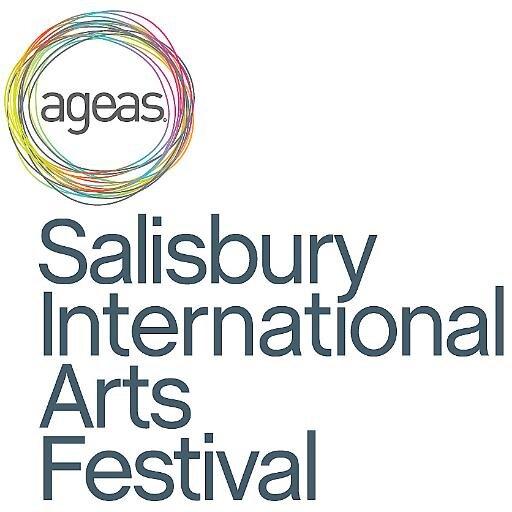 Returning for its 45th year, the Ageas Salisbury International Arts Festival have announced their eclectic 2017 programme.

Boasting a vibrant mix of music, comedy, film, theatre, talks and dance over 16 days, the Festival offers an array of exciting new talent featured alongside established favourites in an annual celebration that sees the ancient city of Salisbury resound with artistic encounters.

This is the final year of Director Toby Smith’s four-year journey tracing the cardinal points of the compass, and looks westwards across the ocean to the Canadian province of Québec, a region with a contemporary image boldly defined by its rich history and arts.

The Festival will delve into Québécois culture with a curated mix of dance, theatre, film, music and literature hailing from the French Canadian province.  In addition, this year the new MouthPieces strand comprises a series of events giving voice to artists with lived experience of mental health.

Music is always a highlight of the Festival, this year offering a lavish line up from Bollywood to baroque. Championing change and diversity in classical music, Chineke! Orchestra, the most culturally diverse orchestra working in Europe, gives a rare out-of-London performance with a programme that includes music from the 18th century black composer Joseph Bologne.

Vocal ensemble I Fagiolini will mark their 30th anniversary year with a performance celebrating the 450 years of Monteverdi: The Other Vespers, performing against the beautiful backdrop and grand acoustic of Salisbury Cathedral. The Royal Philharmonic Orchestra return with Christian Kluxen and Kari Postma featuring works by Mendelssohn, Berlioz and Tchaikovsky.

Radio 2 favourite Clare Teal and her mini big band serenade with Ella Fitzgerald classics, a centenary tribute to the great jazz diva. Sharing their rich palette of influences pop/folk band The Fair Rain perform an evocative set whilst Le Vent Du Nord, one of the leading names in Québécois folk, promise to delight crowds with their energetic and dynamic performance style.

Celebrating literary luminaries is one of the Festival’s hallmarks. This year welcomes Louise Doughty, author of Apple Tree Yard (recently adapted into a hit series for the BBC) and Girl in the Red Coat author Kate Hamer, who will unveil new works. Philosopher and author AC Grayling discusses The Age of Genius, an account of the 17th century, understood to be one of the most exciting periods in history.

Artist Viv Gordon’s curated MouthPieces strand explores the power of art to activate empathy and pose questions about how society views and values mental health and those affected by it.

The programme spans dance, theatre, film and talks, including artist Aidan Moesby’s interactive Periodic Table of Emotions that will take the emotional temperature of the Festival’s audience in real time. Lives on The Edge, a film double bill featuring shorts from Carol Morley and Tarnation by Jonathan Cauoette, joins the diverse film programme.  And Alistair Campbell talks frankly about his time at Number 10, the current state of politics and his campaign for our better understanding of mental health.

Taking advantage of the beauty and grandeur of the ancient city of Salisbury, the Festival this year features both indoor and open-air theatre of all kinds. The Lord Chamberlain’s Men treat us to an alfresco performance of Shakespeare’s classic comedy The Comedy of Errors.

Dance and circus take centrestage with Symphonie Dramatique from Québécois dance company Cas Public injecting inventiveness and athleticism to the story of Romeo and Juliet, and Ballet Black also return to the Festival with a brand new triple-bill.

Barely Methodical Troupe will be effortlessly blending circus skills, dance and parkour with more than a touch of humour, and The Hogwallops from Lost in Translation Circus promises to be a treat for the whole family.

Comedy comes from Radio 4 regular Mark Steel who joins LBC presenter Matthew Stadlen to talk life and politics. Live at the Apollo star Simon Evans displays his own brand of “jokenomics” and “economedy” in his show In The Money.

With cello strings still hot from his critically acclaimed Soho Theatre run, Kieran Hodgson manages to make Mahler funny in his heartwarming show Maestro, and absurdist comedy-king Rich Hall pops by with his Hoedown, performing with his band of virtuoso music mates.

Other highlights include a vibrant family programme including performances from Lyngo Theatre, Long Nose Puppets and Lost In Translation Circus, as well as the return of the much-loved free Play Day on Bank Holiday Monday.

The festival closes with Voices of the Whale, an immersive and joyful celebration of the oceans linking our own waters with the French Canadian coast and the mammals that inhabit them. Featuring the Festival Chorus and a range of instrumentalists, and directed by Howard Moody, Voices of the Whale combines voice and visuals transforming Salisbury Cathedral into an underwater, aural wonderland.

Festival Director Toby Smith said: “This year the Festival’s compass points westwards, as we complete our current four-year journey with an exploration of the arts and culture of Québec. Le Vent du Nord, one of the leading Québécois folk bands, leads the charge, amongst highlights that span circus, dance, classical music, folk and jazz. We are delighted to unveil our full programme which is set to bring Salisbury ablaze with artistic life.”

Maude Laflamme, Director of Culture for the Québec Government Office in London said: “The Québec Government is extremely proud of its artistic and cultural scene, the creators of which have cemented our reputation as one of fearless innovation. There’ll be no better place to whet your appetite for Québec culture than in Salisbury this May.”

Festival Friends membership can be bought at any time