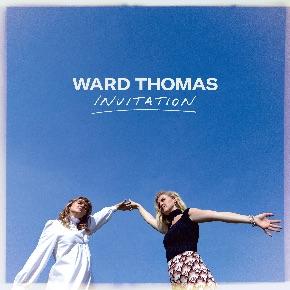 Ward Thomas are back with a first taste of new music from forthcoming studio album Invitation, which is due on 2 October.
The track, Sweet Time, is billed as a graduation in sound which, along with a newfound maturity, makes for a profound step up.

Largely produced by Jonathan Quarmby - whose other projects include work with Lewis Capaldi, Tm Walker and Finley Quaye - and mostly recorded in lockdown from their Hampshire cottage, Invitation is described by the country rock duo as a coaxing doorway for all into an exciting new chapter as the fog of a global pandemic begins to lift.

Fans and newcomers alike are told to expect palpable energy by the bucketload, and many of its songs benefit from a coming of age for sisters Catherine and Lizzy.

The girls said: “2020 has been a year full of learning, which we feel has changed our approach to this album.

“We recorded a lot of it from our cottage, and working remotely came with its share of challenges, but also new opportunities.

“Although recorded during uncertain times, the record feels like an invitation to a more positive time; to a more open and exciting new chapter.

“We named it after a lyric in the song ‘Open Your Mind’ because the album feels like an invitation - whether it be figuratively, an invitation to self-reflect, or physically, to a time when we can all party again.”

Another track, Meant To Be Me, delivers a new twist on their country roots, showcasing a pop sound mixed with clever use of mandolin, whilst Dear Me briefly strips away the music, making for an Imogen Heap-style near-acapella performance.

There’s also a strong James Bond-esque candidate in My Favourite Poison, and even their more traditional country-pop tracks have found a new level in Wait Up and previously released Hold Space.

As bonus tracks the album includes a cover of Fleetwood Mac’s iconic track Landslide, their feature with James Blunt on the Halfway from his 2019 Top 3 album Once Upon a Mind, and a live performance of The Killers’ Human with Jack Savoretti at his huge Wembley Arena headline show last year.
Catherine and Lizzy will also embark on an intimate Invitation acoustic tour, which was rescheduled due to covid-19 for April next year.

The 16-date run will include two dates at London’s Union Chapel on April 26 and 27.
Further information can be found at https://www.wardthomasmusic.co.uk/

The April tour dates are: