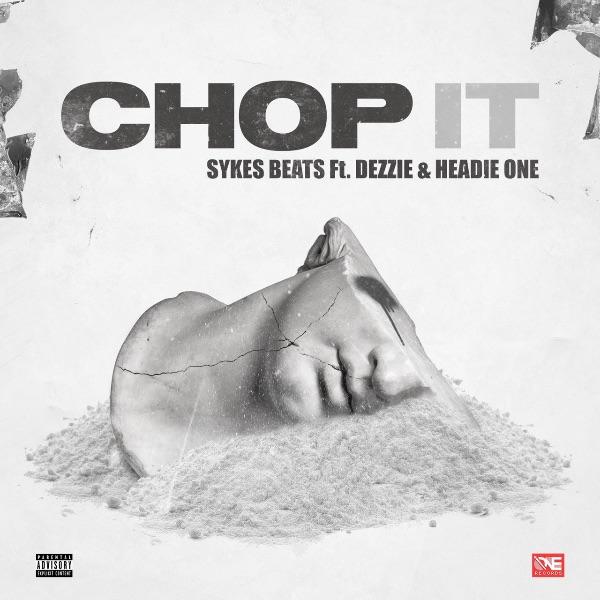 Sykes Beats has released a new single entitled ‘Chop It’ featuring Headie One and Dezzie. An ominous and menacing collaboration, Headie and Dezzie effortlessly complement Sykes stellar and high-octane production as they take turns spitting scorching bars with braggadocious energy.

The union of these three talents on ‘Chop It’ is a family affair. Dezzie is one of Headie’s OFB affiliates, while Sykes is Headie’s in house producer. Previously working together on tracks like ‘In To Win’ and the ‘Music x Road’ standout ‘Numbed Down’, Sykes also produced one of OFB’s biggest tracks ‘Ambush’.

‘Chop It’ marks the inaugural single on One Records, a brand new label imprint founded by Headie One in partnership with Relentless Records and The Orchard. The track is the first in an upcoming series of new releases from artists that Headie is championing as the next crop of MC’s that the UK scene needs to be on the lookout for. Expanding his influence and utilising his superstar leverage as the world’s reigning ‘King Of Drill’.

The accompanying video was directed by Suave and features Sykes cooking up beats in the kitchen while Dezzie and Headie swap bars backed by the concrete London cityscape.

Sykes Beats in a short space of time has risen to become one of the most prominent Drill producers in the UK. In addition to his work with Headie and OFB, his production skills have graced projects for artists like Reeko Squeeze, Smoke Boys, Frosty and Draper.

Dezzie is slowly but surely establishing himself as a one to watch artist in his own right. Over the past two years, he has consistently released tracks that greatly appease drill purists. His videos for tracks like ‘Drip No Drown’, ‘Shmurda’, ‘Bad Breed’ and his most recent single ‘Just Cool’ have accumulated in excess of 5 million views on GRM Daily.

‘Chop It’ comes after the runaway success of ‘Ain’t It Different’ featuring AJ Tracey and Stormzy, the first single from Headie’s forthcoming new album ‘Edna’ set for release later this year.  It secured Headie’s highest chart position so far at #4 on the Official Singles Chart.

Elsewhere it made the cover of Spotify UK’s ‘New Music Friday’ playlist in addition to charting in the top 5 of YouTube Music, Apple Music and Amazon Music. The accompanying video to date has amassed over 2.8M views on YouTube.

Headie One was catapulted to new heights with the gargantuan success of ‘Only You Freestyle’ featuring Canadian Hip-Hop icon, Drake. The blistering track has become one of the biggest hits of Headie’s career, peaking at No.5 on the UK Singles Chart while racking up over 16 million views on YouTube.

To date, his music has since amassed ​over 60 million streams while notching up multiple top 20 placements on the UK Charts with ‘Music x Road’ reaching the Top 5 last year. In 2019, he played Glastonbury and sold out Brixton Academy, his biggest headline show to date.