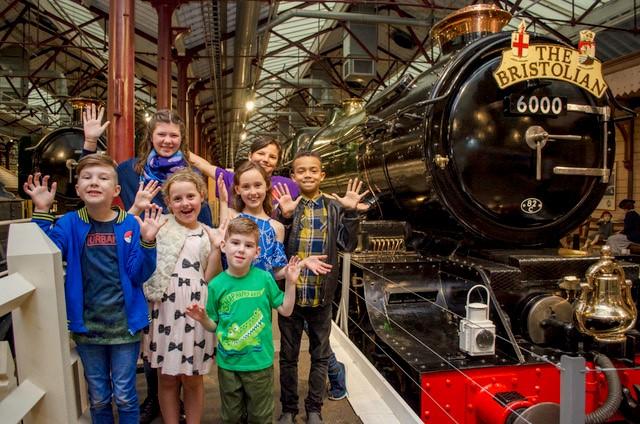 Prime Theatre has been awarded a Heritage Lottery Fund grant of £27,000 for a new performance project based on Swindon’s people and places at the turn of the century.

Made possible by money raised by National Lottery players, the project ‘This is Our Town’ will allow young actors and writers to partner the town’s heritage organisations and create live and digital performances and exhibition.

Supported through the Heritage Lottery Fund, the nine-month project begins with a major production at Steam museum at the end of July,’This Is Our Town’, bringing to life figures & events from between 1903 and 1913. After this first production, new young writers & historians will be able to join another creative project with digital stories & an exhibition in the autumn.

Celebrating the award, Prime’s Associate Director Emma Barr said: “This is a fantastic opportunity for Prime Youth Theatre and any actors, producers, writers, researchers, technicians and directors between the ages of 10-17 to develop skills alongside professionals while learning more about local heritage. In our research we have come across dramatic stories and visionary people, giving us plenty of reasons to be proud of our town.”

Cast member and young writer, Jenna said: “I’ve really enjoyed learning more about the history of Swindon. Getting to be involved with both the writing and the performing has been so interesting and so much fun!”

Prime Theatre will support up to 150 young participants from across Swindon to get involved with heritage professionals from Swindon Local Studies archives, Swindon Museum and Art Gallery, Steam Museum, Wiltshire and Swindon History Centre and Swindon Heritage.

The show features William Morris, editor of the town’s newspaper, then called the “Swindon Advertiser and Wiltshire, Berkshire and Gloucestershire Chronicle”. Other glimpses of history include suffragette Edith New, James ‘Raggy’ Powell the Swindon Councillor and philanthropist and events such as the tram crash of 1906.

Daryll Moody from Swindon Local Studies said: “We are proud to be involved in this fantastic project, which will allow Swindonians to step back in time and glimpse life in ‘our town’ a century ago. We always welcome the opportunity to share the treasures of the Local Studies collection with the widest possible audience.”

‘This is Our Town’ will be performed at Steam museum on Thursday 26 to Saturday July 28 at 7pm with a matinee on Saturday at 2pm.

For more information go to: www.swindontheatres.co.uk