Swindon Shuffle to not go ahead this year in any form 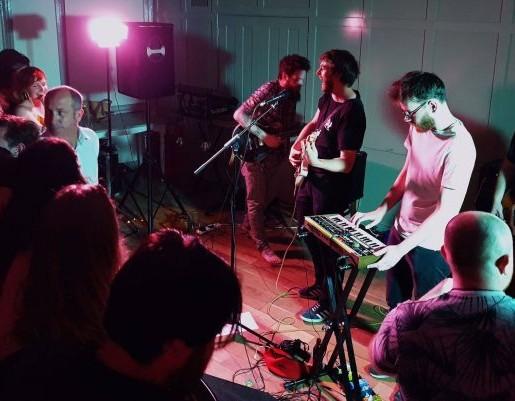 Swindon’s unsigned original music festival will not be going ahead this year. The event which was due to take place over five days from July 15 to July 19 had previously announced they would be doing a virtual festival this year but have now decided to hold off until they can come back properly next year. Here is their statement…

To Shuffle or Not to Shuffle?

It is with a heavy heart, and no small amount of inevitability, that we have to announce that The Swindon Shuffle will not be happening this year.

Although the mechanisms of pubs, music and events are slowly being put back into place, we feel that The Shuffle is about much more than just putting on a series of gigs, much more than the sum of its parts. It is a social gathering, one fuelled by new music and hosted in small intimate venues. But it is many other things too. It is a place where the lines between performer and punter blur. It is a place where old friends are caught up with and new friendships forged, musical and otherwise. It is a brilliant, dynamic, silly place, a place of creativity and expression, booze, music, fun, hi-jinks, possibly even shenanigans, and most importantly, charitable acts.

We feel that until we can tick enough of those boxes, anything that we could put together this year would at best be a Shuffle tribute act. It would be good but it wouldn’t be the real thing. The Shuffle has weathered many storms in the past, in the debut year, quite literally, and we have no doubt that we will emerge from this situation with the same resolve too.

In the meantime we will still be supporting music in the usual ways. The Tuppenny Quiz will be raising money and awareness for some great causes and we will continue to organise, promote and push live streamed gigs from the Shuffle’s wide circle of sonic friends and musical family.

Thank you for your understanding in this matter, I’m sure that you are as disappointed as we are but it just means that next year, the 15th Swindon Shuffle, will be back complete with all of the great music and strange quirks which you have come to expect from it.

Stay safe folks and see you all soon.