Swindon Shuffle goes virtual with festival in your home 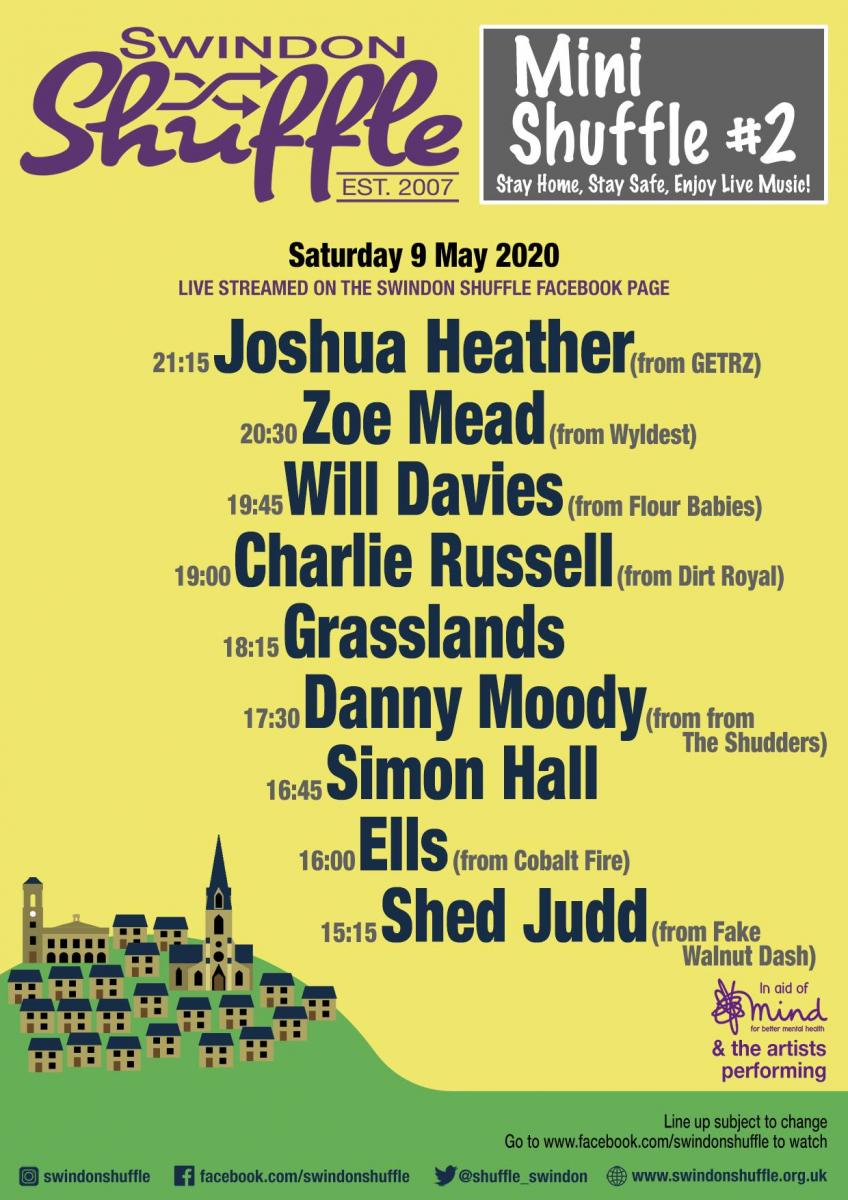 This Saturday, May 9th, long running Swindon music festival The Shuffle are holding a “virtual festival” to raise money for their regular charity partner Swindon & Gloucestershire Mind, and to publicise the 14th running of the main event, which organisers harbour an increasingly vain hope of still being able to host in mid-July in venues across Old Town. Last month’s virtual festival raised several hundred pounds for the charity.

The event is presented as a live stream from their Facebook page and features a collection of artists scheduled to appear on the main bill this year, plus a few familiar faces from Shuffles past.

The line up is headed by Joshua Heather, who is normally to be seen fronting indie band Getrz who are meant to be one of this year’s main event headliners. Also featured are Zoe Mead from Wyldest and Will Davies of Flour Babies, two of last years headline acts. Joining them from this year’s main line up are Danny Moody of The Shudders and Shed Judd from Fake Walnut Dash along with Grasslands, Ells from Cobalt Fire and Si Hall from last year’s line up. Making a special guest appearance is Charlie Russell, front man of former Swindon band Dirt Royal and a Shuffle alumni from many years back.

A statement from the event organisers outlines that “obviously there are many more important things going on in the world right now than worrying about a local music festival but it is also at times like these that music, art, creativity in general, helps get us through or at least offers an oasis of calm where we can retreat to and forget the day-to-day worries for a bit. It is for this reason that we again beam into your homes a lovely little live music event this Saturday.”

The event will be streaming from 3pm with artists performing 30-minute sets so you can settle back in your favourite chair with your refreshment of choice and enjoy some of the best musicians and songwriters that this town has to offer.

The Stream will be found at the Shuffle facebook page - https://www.facebook.com/swindonshuffle/ 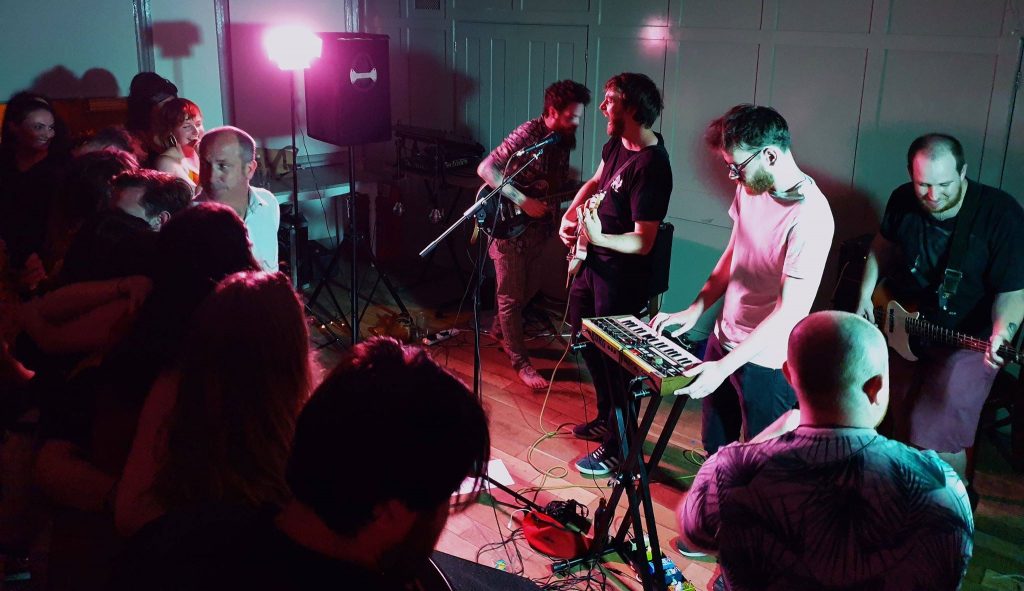