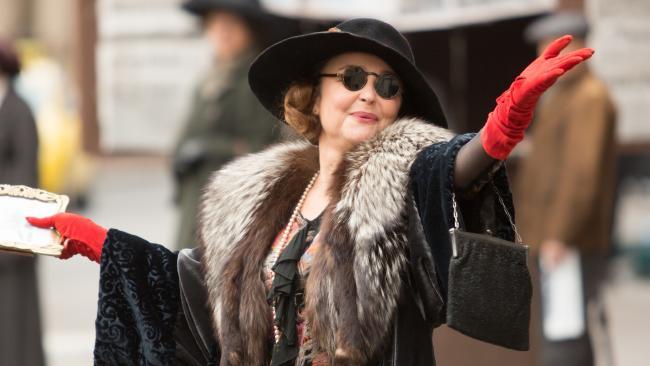 Swindon Film Society will be showing their final two films of this season with Marguerite on April 12 at Swindon Arts Centre and A United Kingdom at the Ellendune Centre in Wroughton on April 18.

Swindon Film Society is rounding off its season with the French film Marguerite.  This version of the true story of Florence Foster Jenkins, the New York socialite who cannot sing, precedes Stephen Frear’s biopic by a year, and came out in 2015 to great acclaim.

A César award-winning performance by Catherine Frot drives this tragicomic tale of a wealthy but lonely music lover. No-one in her entourage will tell her the truth – but is this because they are not true friends, or maybe that Marguerite’s passion and kindness make it impossible to hurt her?

Head to www.swindontheatres.co.uk for more information.

Then on April 18 at the Ellendune Centre in Wroughton, SFS will be showing A United Kingdom, in which Prince Seretse Khama causes an international stir when he marries a white woman from London in the late 1940s.

All’s well and good except he’s the black heir to the throne of Botswana, and she’s the white daughter of a salesman. The true story takes us between England and Botswana and shows the tension of both nations, neither of whom are keen on this match. In Botswana, there are calls for Seretse to stand down or divorce his new bride. Will their commitment to each other survive?

David Oyelowo and Rosamund Pike star in this beautifully made film by director Amma Asante.

This is a fascinating and timely story starring David Oyelowo who played Martin Luther King in Selma, and Rosamund Pike was the star of Gone Girl. Director Amma Asante directs this film with assurance.