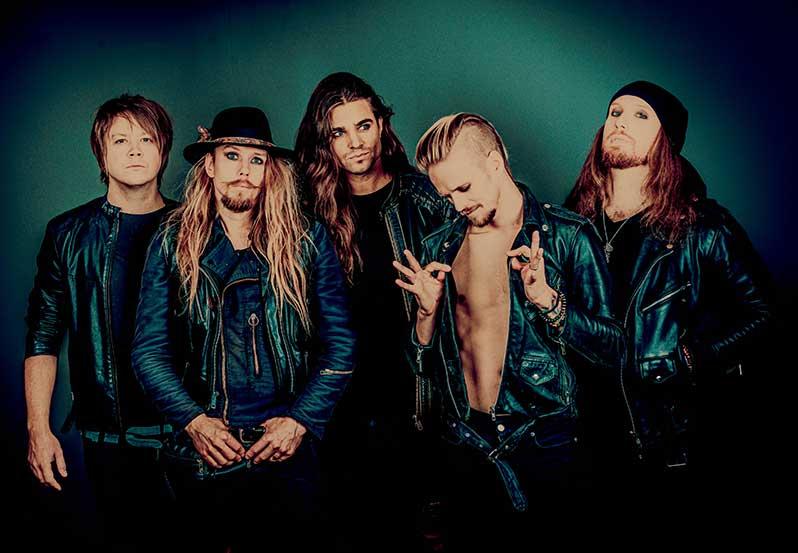 H.E.A.T have postponed their UK Tour to October of next year.

Tickets remain valid for all dates, and tickets for all shows can be ordered via

The postponed tour comes hot on the heels of H.E.A.T’s critically acclaimed album H.E.A.T II, which can be ordered at

It is the first album to be produced entirely by the band, who promise: “This is what we would sound like if we made a debut album in 2019, hence the title.”

H.E.A.T don’t hide their love for their classic rock heroes, but don’t try to copy it, either. They just do it and they say they want to be the best at it.
They draw both young and old to what fans hail as mesmerising, fresh-sounding, energetic classic rock and bombastic melodies.
First single One By One gave listeners a taste of what they could expect from the new album.
The band followed this with a string of singles including Rise, and explained: “Rise is about uniting and rebelling against the powers that be. Whatever that may be is subjective to the listener.”
In 2019 came live album Live At Sweden Rock Festival. Their second ever live recording – and for the first time on video – included songs such as Living On The Run, A Shot At Redemption and Bastard Of Society.
In 2009, H.E.A.T had a huge hit in Scandinavia with 1000 Miles.
The same year saw second album Freedom Rock nominated as one of the Top 50 albums of 2010 by UK magazine Classic Rock, and since then the band has played worldwide.
PREVIOUS STORY

More than a third of Bristol Old Vic jobs at risk