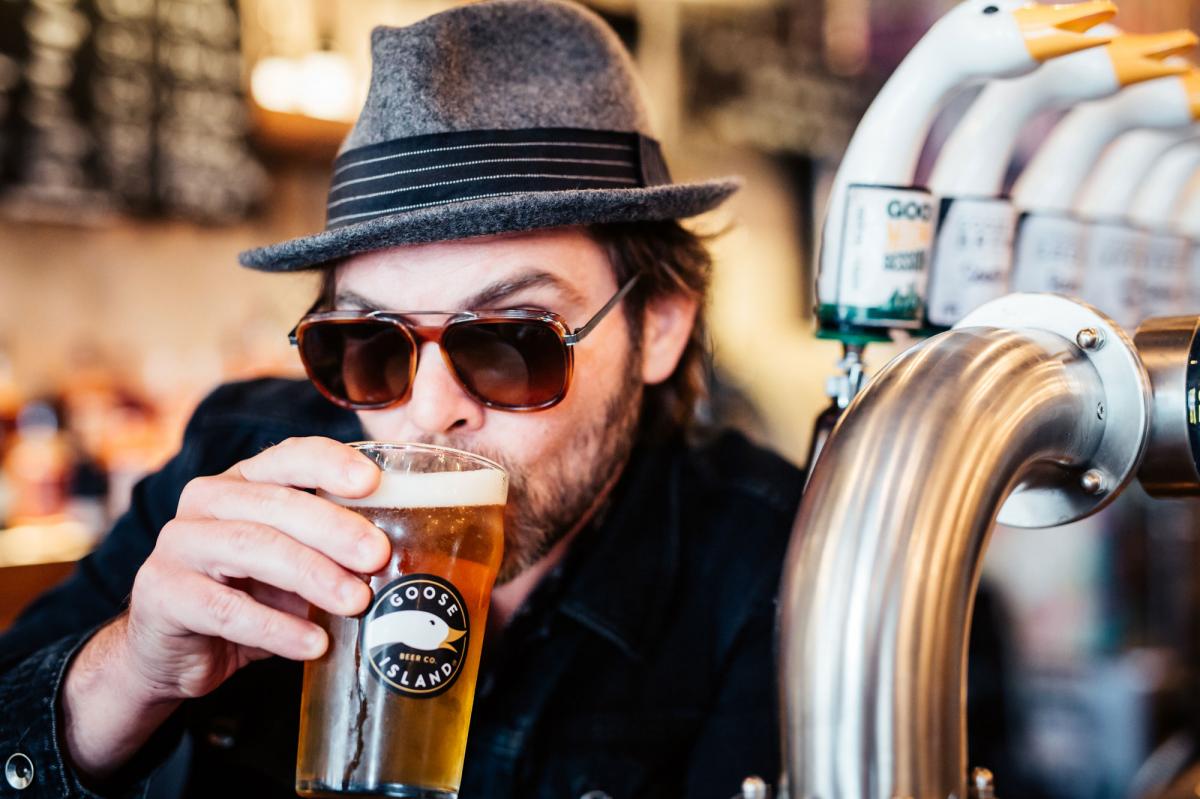 Ahead of Goose Island Present Supergrass, a live and interactive VR and 360º stream on 21 August, the Chicago based brewery have announced their super exclusive partnership brew with Supergrass.

The live show is being streamed from The Bullingdon in Oxford.

Man Size Brew Sir? is a big and bold Double IPA. A blend of 4 hops provides massive tropical fruit character with notes of passionfruit, peach and citrus. A smooth and rich body balances out the hops for a fruity and highly drinkable beer.

To celebrate National IPA Day, The Goose Island Brewpub will be offering five thirsty fans the chance to win one very special crowler of ‘Mansize Brew Sir?’ along with a unique code and VR headset for the upcoming live VR and 360º stream of Goose Island Presents Supergrass. Fans are encouraged to check out @GooseShoreditch to enter. The beer will also be available on tap at The Brewpub until the barrel runs dry.

Established in Chicago 1988, Goose Island are known for its award-winning, expertly crafted beers. Flagship brews include Goose IPA and Midway Session IPA. The brewery is also well known for its barrel aging program boasting the Sour Sisters range and the iconic Bourbon County Stout. This summer will see the launch of a crisp, refreshing Helles lager, Golden Goose.