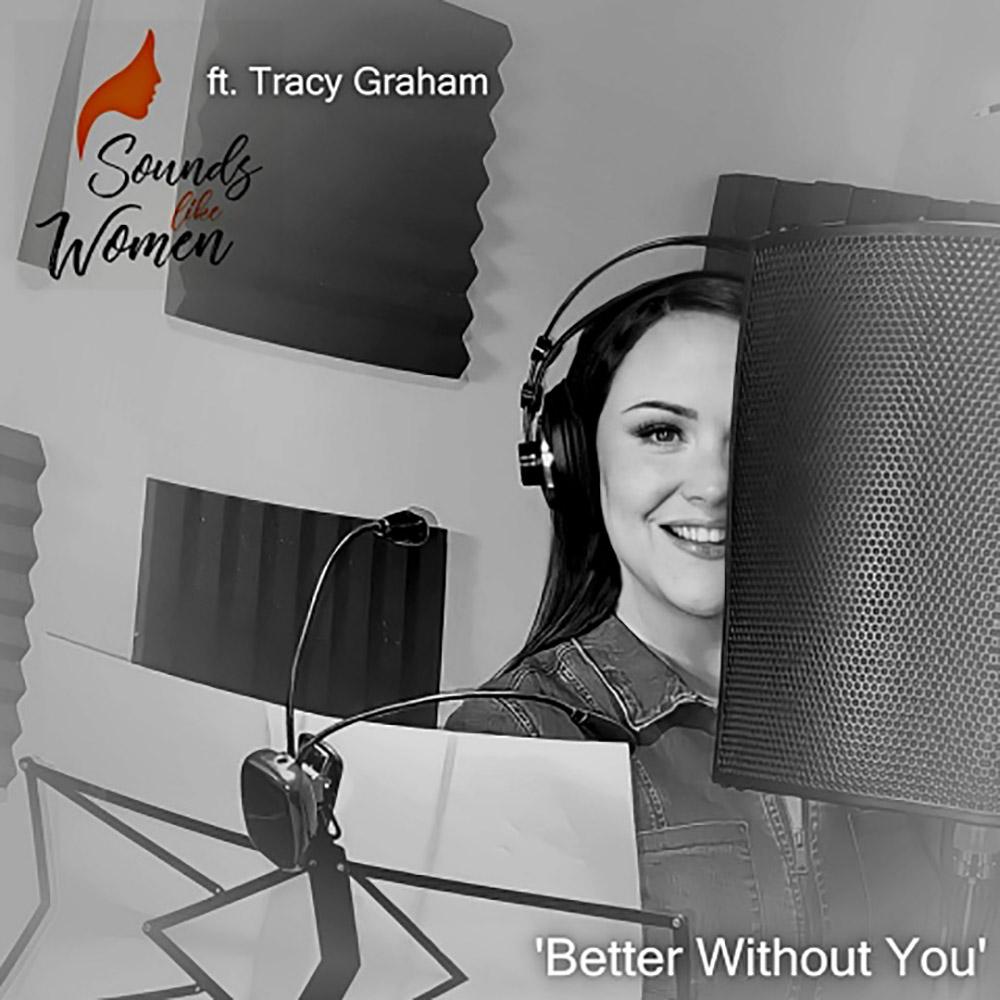 Non-profit organisation Sounds Like Women says it is proud to announce the upcoming release of ‘Better Without You’ - the first song co-written during its recovery workshops.

Sounds Like Women (SLW) are a non-profit organisation in Swindon that help victims of domestic violence to build their confidence, and also organise events and music workshops in a therapy capacity.

The organisation encourages women and girls to write songs inspired by their real stories in its ‘Songwriting for Recovery’ workshops.

“Better Without You” featuring Tracy Graham will be released digitally on 20 May.

Tracy Graham is the Chief Ambassador for Swindon Domestic Abuse Support Service. She volunteers with Sounds Like Women and Wiltshire Police and has become a singer-songwriter through SLW.

Tracy was a victim of physical, mental, emotional and sexual abuse. She met founder of SLW Luiza Staniec-Moir who encouraged her to put her emotions, fear, pain and hope into song format as a method of recovery.

Tracy said: “I experienced domestic abuse at the hands of a former partner. I was controlled, threatened, mentally and emotionally abused and raped. By the time it ended, I was completely broken and a shadow of my former self.

“I sought help from Swindon Domestic Abuse Support Services to escape, who I am now an ambassador for. I went public with my story in the hope that it will help others spot the signs sooner than I did.

“I’ve always loved music and singing is a huge passion of mine. I started music workshops with Sounds Like Women and over time regained my confidence. This is the first song I’ve written and I decided to reflect on my journey in a positive way, to inspire. I’m a living example of the fact that you can not only survive, but go on to thrive and be better off without my abusive partner.”

Founder of SLW, Luiza, said of the song: “Better Without You reflected on the terrible experiences Tracy Graham had but also shows the way to become stronger once again. This powerful and empowering song is a message of hope and inspiration for anyone who has been hurt at the hands of love.”

The track is also the official single of the Sounds Like Women’s EP2 - ‘Without Violence & of All Colours.’

Luiza added: “Coping with covid restrictions, I was able to devote the time to help deliver and produce some extroadinary songs of hope. All the wonderful women that took part in the workshops not only survived their tragedies, but woke up from their nightmares and grew stronger.”

This second EP will be released later in the autumn of this year.

All profits from the EP will go towards supporting songwriting for recovery and ongoing music therapy projects Sounds Like Women will be delivering throughout the year, for the benefit of domestic abuse survivors.

The organisation also have a YouTube channel at https://www.youtube.com/channel/UC6befOCalkIjkN_CxPvBhpw