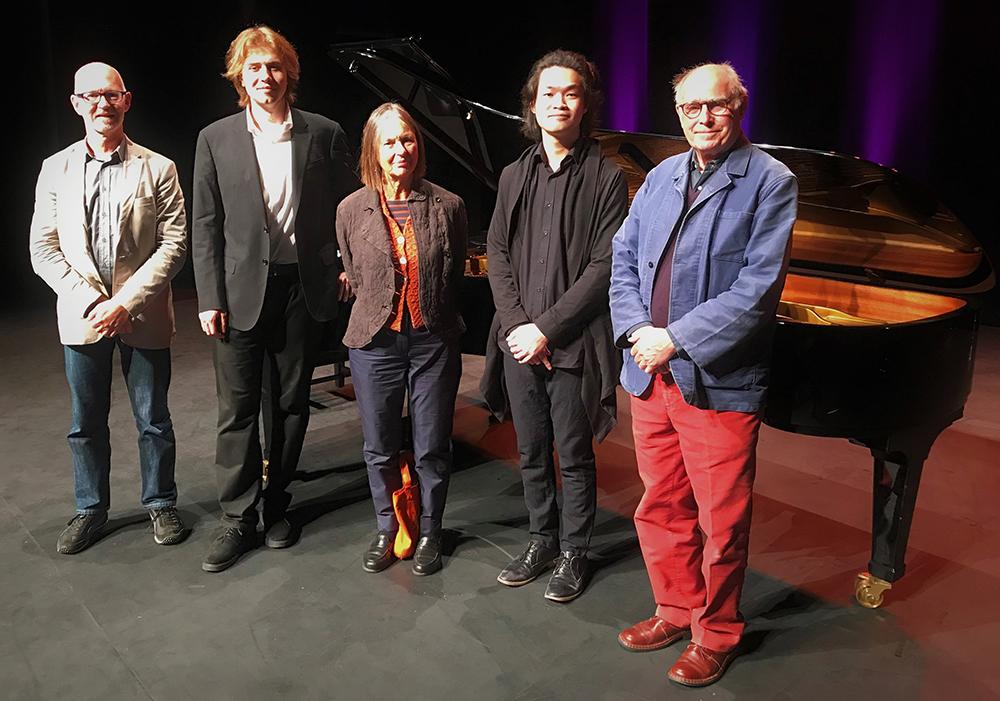 After a weekend of closed and open heats, Nikita Lukinov from Royal Conservatoire of Scotland and Charles Tam from Guildhall School of Music and Drama shared the Kindersley Prize as winners of the 2021 Sheepdrove Piano Competition.

As part of their prize both pianists will share a lunch time recital on 20 September in Newbury Corn Exchange, the final event in the Festival’s 2021 programme.

The competition which this year had an emphasis on the works of Beethoven was judged by a distinguished panel:

Additional prizes were awarded to Yiyi Su and Giordano Buondonno.

Mark Eynon, Festival Director said: “The Sheepdrove Piano Competition is central to the Newbury Spring Festival’s commitment to support and launch a new generation of young artists.  This year’s finalists are all extremely talented and it was the first time the jury decided to award a joint first prize. Congratulations to them all!”