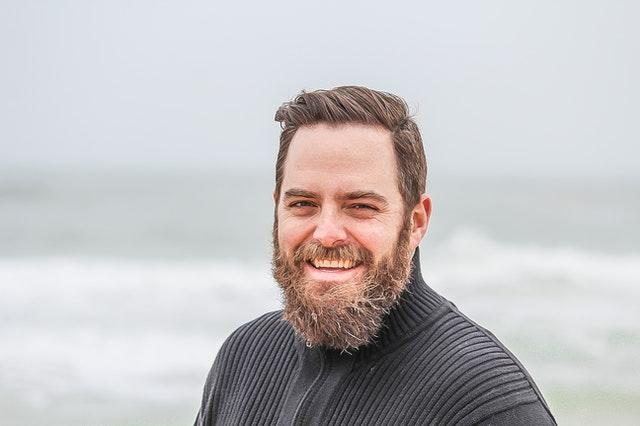 Photo by Tim Savage from Pexels

It may come as a surprise to some women, but men experience self-esteem and body positivity issues on par with women. Celebrities like Robert Pattinson have opened up about their body image problems, and similar to women, research shows that men often think about being too thin or heavy when compared to the ‘male ideal.’

What’s causing men today to feel so much pressure relating to their appearance, and what can be done to fix this? One thing is for sure; these challenges don’t start and end with weight.

While being tall, strong, and bulky isn’t a prerequisite for being masculine, it’s difficult to think otherwise when this stereotype is continuously shown in Hollywood. Celebrities like Chris Pratt and Hugh Jackman have all seen massive body transformation for roles as superheroes and have joined the ranks of action stars Mark Wahlberg and Dwayne “The Rock” Johnson.

In fact, big stars are encouraged to “bulk up” for prominent roles, or they may be reduced to playing the friend role or a background character. Not only that, but most large Hollywood movies consist of superheroes. It’s no wonder that men are repeatedly told through the media that the “ideal” male physiques involve being tall, bulky, and muscular.

However, these bodies are only attainable by a small number of people, even with the proper workout and food regiment. Yet, it’s seen as the idea of masculinity. This harms a wide range of men who internalize this concept.

Males struggle with more than just the shape of their bodies. Men are more likely to experience premature hair loss, which has led to an increase in hair plugs and the consumption of over-the-counter minoxidil tablets. In fact, the hair loss industry alone is estimated to be worth $1.7 billion due to the stigma related to thinning hair.

As well, men are also concerned with their height perception. Men associate taller men with higher levels of education, charisma, and leadership. There is also a direct connection between taller men achieving better career success and a more robust dating life, but this is likely due to the confidence associated with this ‘cultural ideal.’

Male cosmetic procedures such as nose and eyelid surgery as well as breast reduction, facelifts, and liposuction are up 325 percent. However, what is most stressful to adult males is their sexual prowess above all else. There is a large amount of pressure for men to perform in the bedroom and to have a larger than average penis size.

These negative feelings will lead to low self-esteem, embarrassment about sex and relationships as well as shame. What makes matters worse is very few men, or industries are speaking about these subjects, leading to loneliness.

Taking Steps to Accept Yourself

Accepting yourself for who you are, regardless of how you look or act, is itself an act of rebellion. First, adjust your social media feed to only show images of what inspires you or improves your mood. If any of the people you follow illicit bad feelings, unfollow them.

Being vulnerable is a scary step, but it can improve your relationship with yourself and other men. Join online groups that focus on male positivity and avoid incel forums like the plague - seriously. They will only make you feel worse. Focus on others that want to bring out the best in you and not change you.

Embrace your body. As long as you’re healthy, there isn’t anything wrong with your body. If you are taking active steps to get healthier, try to be proud of yourself instead of focusing on what you can’t change. Your imperfections can be a source of strength.

Always remember that the media-portrayed body types the media shows you aren’t realistic. Challenge the pictures you see: Do I want to look like this because I want to, or because the media wants me to? Build confidence based on your own efforts and your own sense of self, not in a manufactured ideal.

It’s normal to feel insecure, but don’t let it take control of your life. Be kind to yourself because you deserve that self-love. There are some things you can’t change about yourself, and that’s okay.