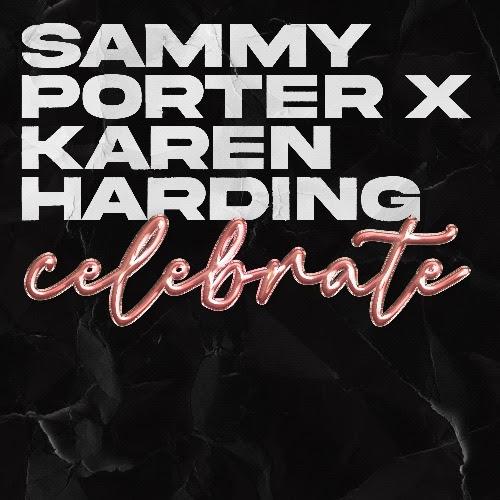 A regular #1 artist on Beatport, Sammy Porter’s singles such as ‘Talking Like Friends’ and ‘Let Your Love’ have taken him to over 50 million career streams, 5 million video views and 2500 plays on UK radio. Now he teams up with Karen Harding for his new single ‘Celebrate’. Listen HERE.

Boasting punchy piano house keys, a dynamite drop and the not-so-secret weapon that is Karen’s Harding’s soaring soulful vocal gift, ‘Celebrate’ has everything it takes to become a crossover dance anthem. Not only does it look set to become Sammy’s biggest track to date, but it sees Karen Harding adding to an epic year in which she has featured on major tracks from Galantis, Shift K3y, Hook N Sling and Felix Cartal.

Sammy says, “Never been so excited for a record to see the light of day. Being able collab with Karen Harding on a record is literally unreal and I’m so excited for it to come out sounding the way it does after keeping this under wraps for so long.”

Karen adds, “We wrote ‘Celebrate’ up in Leeds and the chorus was inspired by a packet of Celebrations in Rob Harvey’s  kitchen. We all got our best moves out and danced around! It was such a happy, feelgood vibe.”

Between his talents as an artist, producer, DJ, radio host, remixer and label manager, Sammy Porter exerts a vital influence on the contemporary dance scene. As well as his own tracks, Sammy has remixed everyone from James Hype and Clean Bandit to Armin Van Buuren and Clean Bandit. His international DJing schedule is complemented by regular shows on Rinse FM and guest mixes on Kiss Fresh, while his LoveJuice nightlife brand and accompanying record label underlines his authentic connection with the scene’s grassroots.

Karen Harding first came to attention with her huge, Platinum-certified solo single ‘Say Something’. She has since become the go-to choice as a co-writer and guest vocalist for some of the biggest names around, with her credits including tracks with Wilkinson, Paul Woolford and Purple DIsco Machine. Her current ‘Sweet Vibrations’ EP compiles many of her recent favourites, including last year’s Digital Farm Animals  collab ‘Undo My Heart’. Her status as one of dance music’s most prominent topline talents is reiterated by 3.6 million monthly listeners at Spotify.