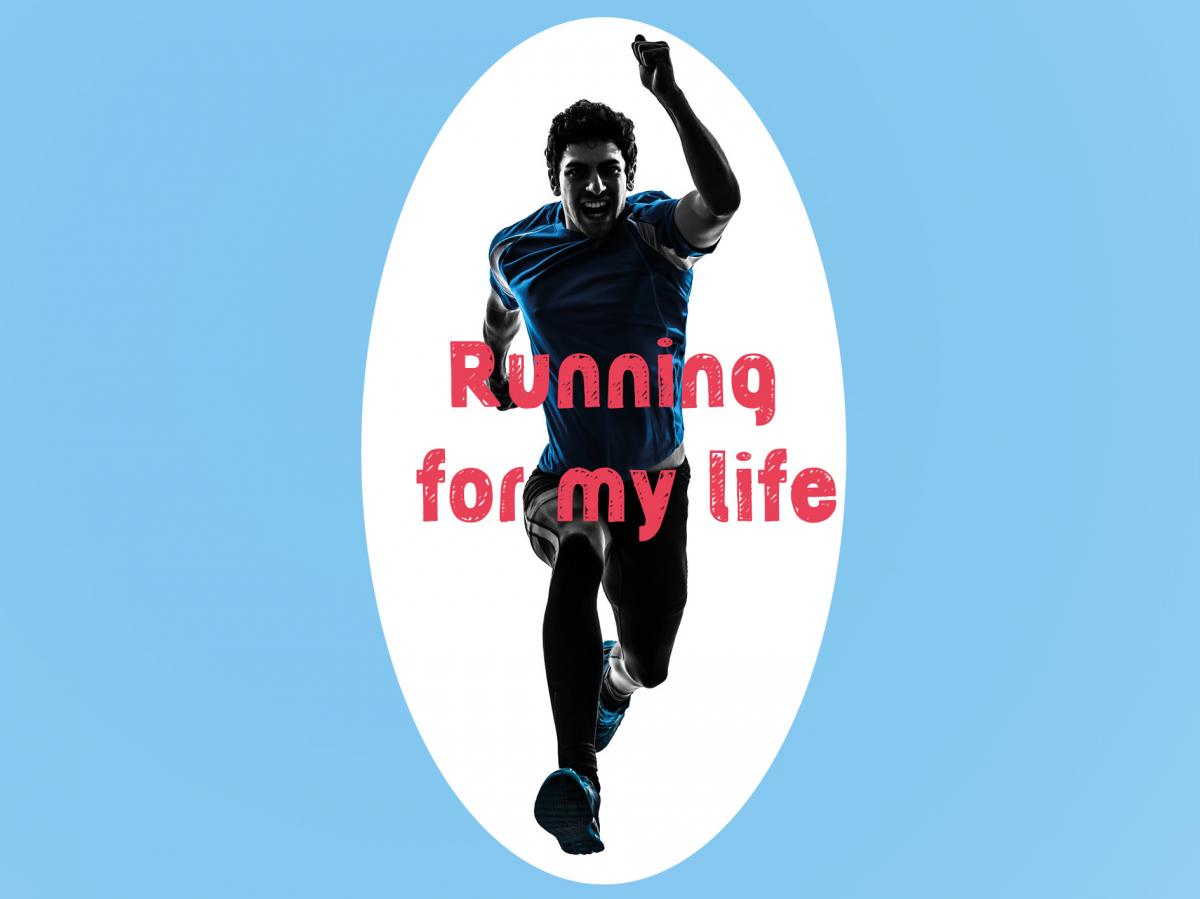 There I said it.

Here’s a bit of advice. There are a few things you should never agree to in life without giving it serious thought first. Signing up to the Army is one of them. Joining the priesthood is another. And you should never say you’re going to run a marathon just on a whim. Especially to a charity.

This goes double if you’re an 18-stone 42 year-old man who has spent most of his life only getting up from the sofa to visit McDonalds.

But that’s exactly what I’ve done. I’ve bloody agreed to do a marathon and I’m going to write a weekly blog starting from today (January 1) letting you guys know exactly how I’m doing at every pain-filled step of the way.

I am actually taking part in the first ever Birmingham Marathon on October 17 this year. That’s ten months away but if you actually saw how out of shape I am you know that I’m going to need every minute of that time getting myself ready.

I’m doing it in aid of ICP Support - a charity that is very close to my heart as my three kids might not have been here at all if it wasn’t for their help.

When they asked if I could fill one of their spots, because they had seen that I had gone for a run on Instagram, I found it very difficult to say no. Not after what they did for my family. Bloody charity making me feel guilty and making me want to give something back.

First of all, I should admit I’m not a complete stranger to running but the most that I’ve ever done is a 10k. That is just six miles.

That’s 20 miles short of the marathon.

A marathon to me might as well be a million miles as it is a distance that I can’t even imagine running at this point in time.

My actual marathon training will start properly in June but before that the plan is to lose three stone to get me down to 15 stone.

I haven’t been that weight since I was about eight years old. So I’m going for the 15 stone target - a weight I’ve not seen on the scales since my early 20s.

For me this is just common sense as lugging around extra weight as you try and run 26 miles is probably not the best idea. Three stone is only one kilo off the maximum suitcase weight you’re allowed on an Easyjet flight so bascially it would be like doing a marathon whilst carrying a fully packed suitcase ready for your holidays.

That wouldn’t be fun.

How am I going to do this?

Okay, I’m going to start properly running in January at least three good sized runs a week. A good sized run is at least 5 kilometres. This will hit my body hard. I will be a wreck. My legs won’t work. I will be in pain most of the time.

If you like pain you should definitely make a beeline for my weekly online blog.

The running will steadily increase until June when I want to be in a position to be able run a 10k like it’s nothing. Like it’s just popping down the shops and back to get some bread. I want to be able to look 10k in the face at this stage and make it feel small and insignificant.

Throughout this period I will also be doing a pretty intensive weight-loss programme which should make my blog pretty damn interesting as I try every fad diet I can think of under the sun.

I’ll be starting small in January with a resolution to cut out all snacks altogether and eat sensibly by using a calorie counter to ensure I don’t eat more than 1,500 calories a day for the entire month.

After a gluttony filled Christmas this will also be a massive shock to the system.

So why am I doing this?

There are a few reasons behind why I feel I have to do this. It’s a big mix of vanity, health, fitness, charity, and stupidity.

Basically on and off I’ve started running here and there for the past five years but these spurts of energy last for a few weeks and then sputter out and I become a couch potato, my natural state, again.

The idea behind this is a sustained fitness thing that I do over a good few months to make sure I keep off the weight and get fit at the same time.

In essence I feel it’s a way of reversing the downward health trend that my life seems to be on and that’s why I’m calling it ‘running for my life’.

Why the online blog?

I don’t know if any regular readers of this magazine might have noticed but I quite like writing. I like writing about lots of things but I do write a bit about my life now and again. I guess I’m quite vain in that way.

But it’s mainly to give me motivation. The blog means I’ve got to keep to my word. I’ve publicly told people I’m going to do it and I’ve got a kind of audience, in my head anyway, so I’ll look a bit of a dick if I fail.

I suppose it’s quite arrogant of me to think other people will be interested but hopefully they will be as I need the motivation.

It’s also a great way to raise awareness of the charity ICP Support which helps women who suffer from obstetric cholestasis in pregnancy. I’ll start raising money for them seriously when I start the marathon training proper in June.

The blog will appear on www.theocelot.co.uk every week but be warned there might be pictures of a man looking like he sweats more than any living thing should sweat grimacing at you when you open it.

You say you want a resolution? Ben Fitzgerald may have a few thoughts on that...

A much needed rest for Luke Coleman, our man (usually) in Iraq