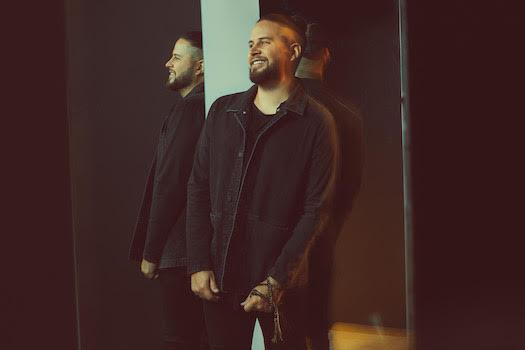 Appearing at Southern Saturdays on 27 November

Rising country/pop artist Filmore (Curb Records) will return to London for a show on Saturday, 27 November at Southern Saturdays. Filmore has achieved over 193 million career on-demand streams and has toured with Sam Hunt, Blake Shelton, Carrie Underwood, Dan + Shay, Lauren Alaina, and Pitbull. He has performed at Stagecoach, Watershed, CMA Fest and Country Thunder, which have all contributed to him honing an electric and engaging live show. Filmore is currently on the road with Brett Young on his ‘The Weekends Tour’ in the US.

Filmore’s current radio single is ‘Who Cares,’ and his album, State I’m In was released in 2020. “‘Who Cares’ is about my time in college and in Nashville and dating and meeting people during that time in my life and not caring what people thought about us being together. For me, when friends told me that a girl wasn’t good for me, it made me want to hang out with her more,” Filmore confesses. “The hook of the song goes, ‘Who cares, who cares,’ and that’s how I felt. The song is about taking a stance, and at the end of the day, all that matters are the two people in that relationship.” Co-written by Filmore, Zach Abend and Josh Kerr, ‘Who Cares’ is the latest in a line of fresh tracks the Wildwood, Missouri native has served up over the past few months, following ‘Used To Be’ and ‘Good Thing.’ Additional new music is on the way.

His releases like ‘Slower,’ ‘Love That About You,’ and ‘Other Girl’ are resonating with fans thanks to unprecedented streaming boosts. Prior to being signed, he was the first independent artist to be featured on Spotify’s Hot Country cover.

Celebrating 57 years in business, Curb Records is one of the world’s leading independent music companies. Owned and operated by Mike Curb since 1964, Curb Records has achieved 435 number one records, over 1,500 Top Ten records and charted over 4,500 total records. With over a half century in operation, Curb Records has been influential in the careers of some of the biggest names in music, including: Tim McGraw, Hank Williams, Jr., Rodney Atkins, Lee Brice, LeAnn Rimes, The Judds, Dylan Scott, Sawyer Brown, Wynonna, Lyle Lovett, Jo Dee Messina, Hal Ketchum and Desert Rose Band, among many others. Today’s roster includes some of the top names across multiple genres of music. For more information, visit www.curb.com.

The international musical phenomenon Hairspray returns to The Bristol Hippodrome