REVIEW: The Way I Look 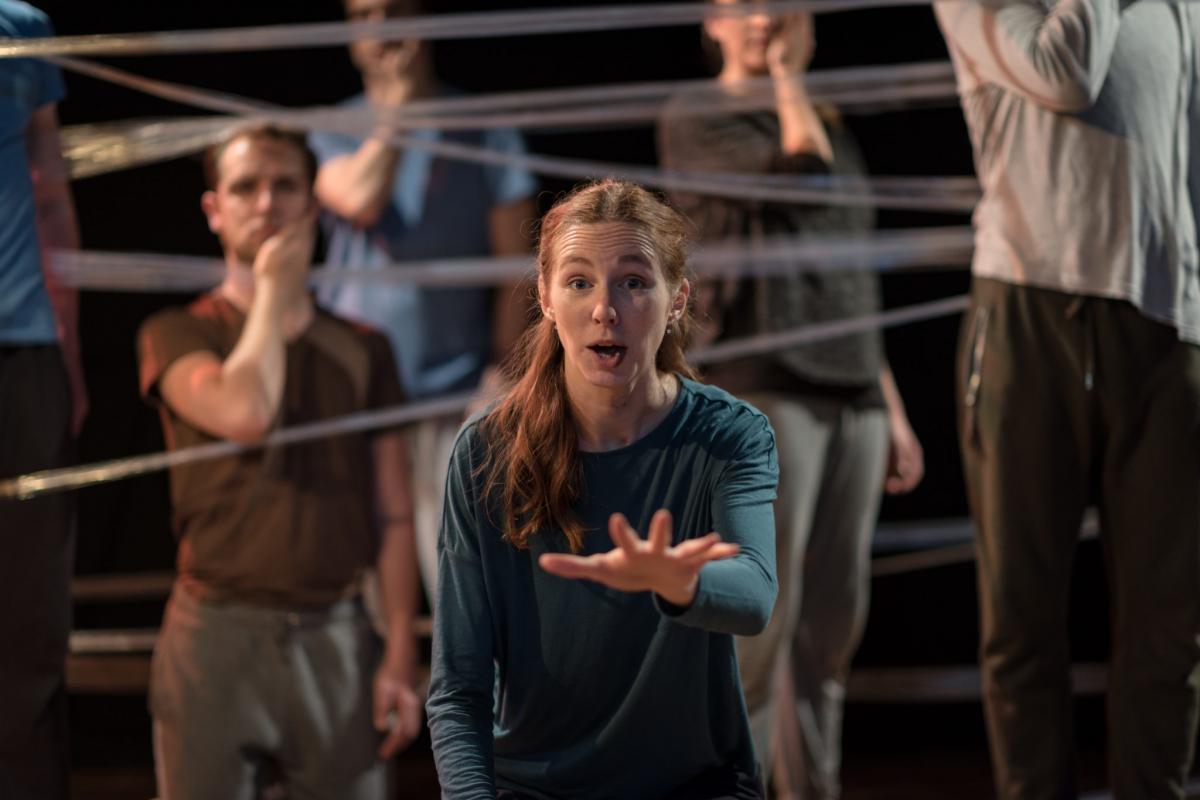 “That was the exact moment I knew something was different. That was when I woke up.”

Credit: Benjamin J Borley[/caption] Made from a cast of six, The Way I Look is a production of physical theatre which encapsulates societal stigmas, perceptions and subconscious thoughts towards facial differences. The play itself was short and snappy, completely holding the attention of the audience. After months of research, core members Marina O’Shea and Tessa (O’) Gaukroge built up a body of work collating the experiences people have encountered due to visible facial differences. Enter Mark. Essentially, Mark is the protagonist of this story. Who is Mark? Mark is a facial difference, also known as a birthmark (I liked that touch). A physical attribute was then taken to centre stage, given a personality almost, exploring the impact that this difference had on the person themselves as well as the others around them. [caption id=“attachment_31731” align=“alignright” width=“300”]

Credit: Benjamin J Borley[/caption] One remarkable aspect of these 6 actors is that you were always kept on your toes. Through their versatile use of basic props such as a doctor’s jacket, a handbag and chairs, the group were able to explore the theme of facial difference from multiple perspectives, scenarios and age groups. A little bit of slapstick rendered this sensitive subject into a complete farce, almost making a mockery out of those who would discriminate and judge those with facial differences. The subject was engaged with in such a sophisticated and honest approach, which effectively made their message concise and powerful. [caption id=“attachment_31728” align=“alignleft” width=“300”]

Credit: Benjamin J Borley[/caption] In quite a few scenarios The Way I Look took the perspective of a young drama student with a facial difference, who was often discouraged by teachers and overprotected by their parents. As a result O&O incorporated a seemingly meta tactic which contextualised the narrative beautifully. The play was a real eye-opener. Working alongside Changing Faces charity, O&O are aiming to dissemble negative perceptions and denotations towards facial difference. The idea behind writing the script was to begin a dialogue around a subject which should not be taboo, but embraced and accepted. Ground-breaking performances were executed throughout, I’d have never guessed this was the first time the cast had worked together as one, and I honestly couldn’t pick a favourite solo performance. The Ocelot are eagerly anticipating what O&O have planned next.