Review: The Hound of The Baskervilles ‚Äì ‚ÄúBritish comedy at its best‚Äù 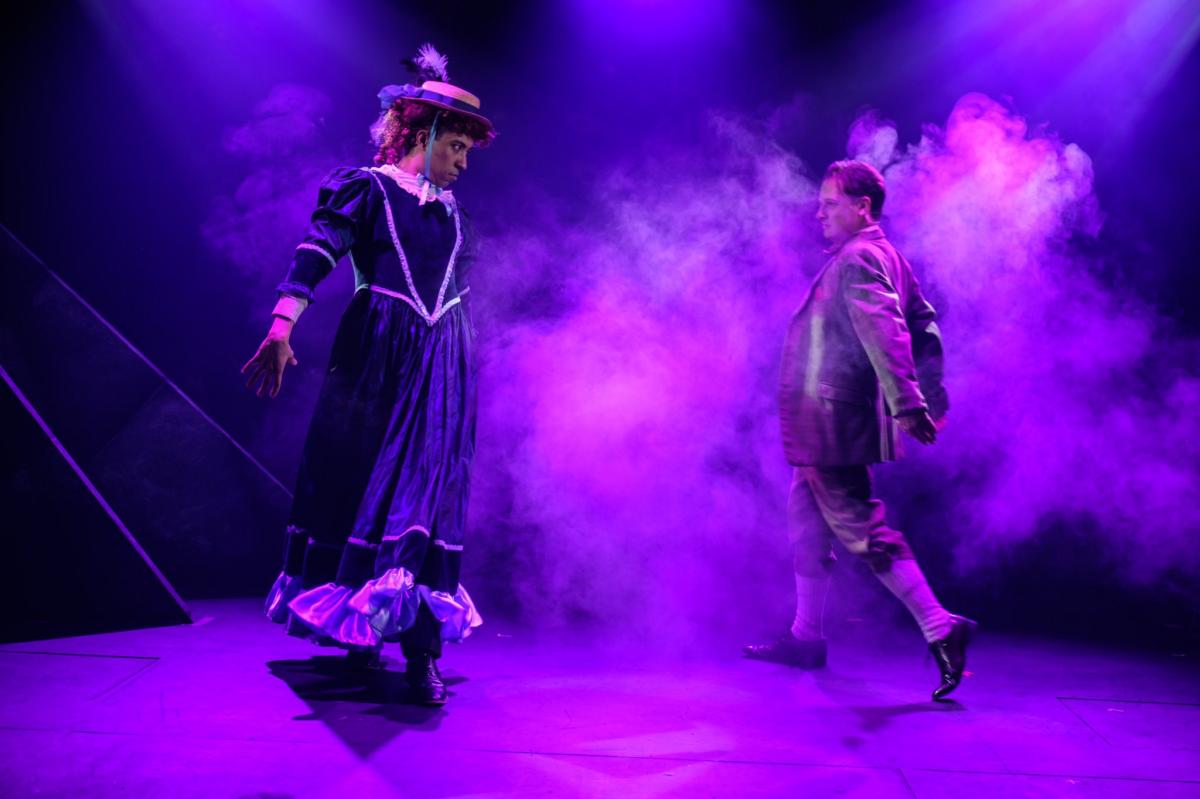 The Hound of The Baskervilles is probably one of the most well-known and best-loved Sherlock Holmes tales. The latest take on it in Cirencester ties in murder mystery with superstitious folk law and farce.

Raising the curtain on The Barn Theatre’s second season comes a cross-over of farcical adventures, superb use of wordplay and fabulous entertainment – this production of Hounds of The Baskervilles is British comedy as its best.

When actors play multiple roles there’s always that fear that there will be no distinction between the switches but through an impressive stage design, simple yet effective costume changes and brilliant chemistry from the cast you’d think that this was a huge operation with numerous understudies ready at their disposal. With three strong leads, tactile lighting and a diverse set made for a really engaging and immersive take on this Sherlock classic. 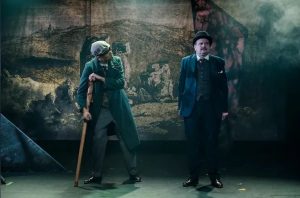 Making his debut, director Joseph O’Malley gave The Hounds of The Baskervilles a ‘The Play That Goes Wrong’ tone with perfectly timed (or well disguised) mishaps, corny puns and hilarious outcomes. It’s silly but sophisticated.

One of my favourite sketches was the silent movie style journey from London to Dartmoor – vaudeville meets ‘Allo ‘Allo’s slapstick physical comedy, modernised by a kind of Wes Anderson-esque sound by Christopher Cleal. It was here in particular that Hywel Dowsell (Dr Watson) and Dominic Brewer (Sir Henry Baskerville) had me in stitches. When we arrive in Dartmoore the trio run havoc with versatility as Herb Cuanalo channels a suave Sherlock, a Spanish damsel and crooked housekeeper, and Domnic Brewer is a walking catalogue of the Baskerville ancestry. No stone in this narrative is left unturned. 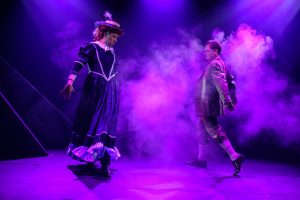 How three actors managed to hold a packed-out audience in the palm of their hand I may never be able to confidently articulate, but justice was done to this Sherlock Holmes story –quick, witty and contemporary.

Despite the exaggerated humour there is something very organic about this show – the trio made up of Herb Cuanalo, Hywel Dowsell and Dominic Breweris is proof that three really is the magic number. The Hounds of The Baskervilles is by far my favourite show from The Barn Theatre.

For further information and to purchase tickets visit www.barntheatre.org.uk

Review: The Hounds of The Baskervilles - 'British comedy at its best'