REVIEW: Some Mothers Do 'Ave 'Em 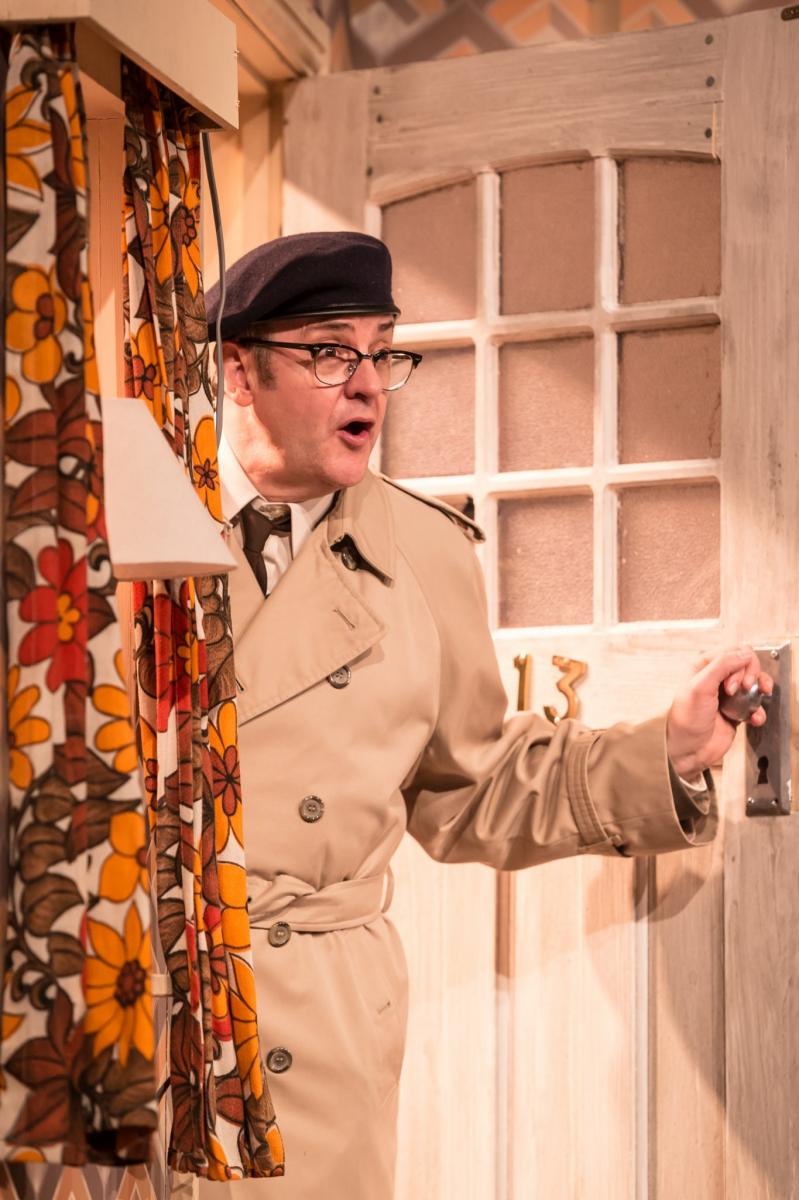 Resurrecting one of Britain’s most-loved sitcoms, Guy Unsworth brought Some Mothers Do ‘Ave ‘Em to the Wyvern Theatre’s stage in all its mishap glory.

Despite being a 90s child my upbringing consisted primarily of older TV shows which to this day remain in top favourites including ‘All ‘Allo, Black Adder, and Some Mothers Do ‘Ave ‘Em. Fancying a dose of nostalgia I was curious to see how this staple 70s show would translate in 2018, and on stage. Even with a small, yet dynamic, cast played out by Joe Pasquale (Frank Spencer), Sarah Earnshaw (Betty Spencer), Susie Blake (Barbara Fisher aka Betty’s Mother), David Shaw-Parker (Father O’Hara), Moray Treadwell (Terry Luscombe/David Worthington), and Chris Kibbey (Desmond James/Constable), Some Mothers Do ‘Ave ‘Em is a domino effect of good intentions with havoc-wreaking outcomes. [caption id=“attachment_35484” align=“aligncenter” width=“661”]

Pasquale captures the essence of Spencer perfectly, and ultimately embodies the clueless, dim-witted and loveable nature of the iconic character throughout. Pasquale’s awkward mannerisms and effeminate voice brought the 70s accident-prone character back to life in his own stylised way - even in the beret and trench coat.

Director and writer Guy Unsworth has produced a fresh adaptation of the show by touching on Frank and Betty’s pregnancy storyline, which will be familiar territory for fans, but also successfully adding some ‘he said, she said’ twists with new characters. It’s all very classic British comedy. The calm before the storm style narrative stays true throughout by the way in which the subplot stories and conversations are all built on miscommunications and misunderstandings in the most hilarious way. [caption id=“attachment_35481” align=“aligncenter” width=“662”]

Joe Pasquale as Frank Spencer, Christ Kiely as Constable and Susie Blake as Mrs Fisher. Credit: Scott Rylander[/caption] One of the most impressive aspects of the production is the set - or rather, demolition of it. The Spencer’s home, refurbished by Frank’s DIY skills, is laden with faulty screws, disconcerting light fixtures, and culinary disasters (all well intentioned, of course). It’s these little touches that really work alongside the sheer anxiety both the characters and audience feel in the presence of Frank - situations which inevitably descend into absurdity and slap-stick hilarity. Despite his misfortunes, and a knack for everything going wrong, Spencer is never without his manners and social awkwardness - the staple qualities that defined British sitcoms and culture, which judging by the Wyvern’s reaction, we Brits still adore. [caption id=“attachment_35486” align=“aligncenter” width=“588”]

Although there were no skating escapades, or chicken chases, on stage Some Mothers Do ‘Ave Em still promises the same amount of chaos and pratfalls with a drunk Mother-in-law, door slamming knock-outs and broken bannisters. Guy Unsworth and his crew have kept Some Mothers Do ‘Ave ‘Em farce and furious. It’s safe to say you’d have to be familiar with Some Mother Do ‘Ave ‘Em to fully appreciate the more subtle attributes of the production’s humour, with tasteful nods to the sitcom, but fan or no fan this is definitely a show for everybody to enjoy. [caption id=“attachment_35480” align=“aligncenter” width=“561”]

Joe Pasquale as Frank Spencer. Credit: Scott Rylander[/caption] Some Mothers Do ‘Ave ‘Em will be performing this evening and Saturday at the Wyvern Theatre, before hitting the road on a UK tour. Tickets are still available at www.swindontheatres.co.uk   For further show dates visit www.somemothersdoaveem.com

Wychwood Festival announces incredible line-up including The Gypsy Kings and The Go! Team