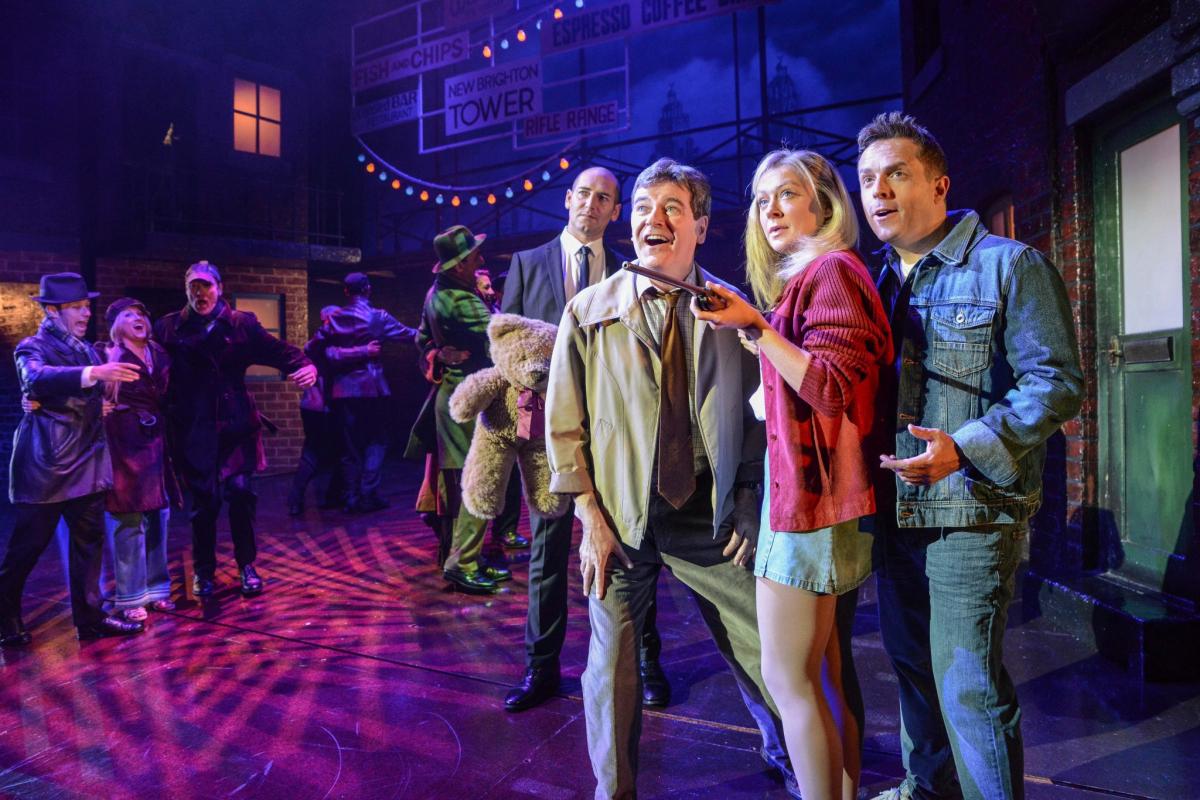 I didn’t get to see Blood Brothers when I was at school - the trip was cancelled for whatever reason. But it was worth the wait to see this touring production open at New Theatre Oxford.

Blood Brothers has been a captivating story since its inception - after hitting the stage in 1983, it never really left the theatre. Bob Tomson and Bill Kenwright’s directional adaptation took to the stage at New Theatre Oxford last night - humour, tragedy and astounding vocal talent breathed fresh air back into this story of nature vs nurture, unconditional bonds and class wars. The storyline and musical numbers may remain the same, but they’ve been revamped.

Linzi Hateley is an undeniable credit to this production as Mrs Johnston - she portrays the plight of a single mother with grace and grit, and this is only amplified through her solos including ‘Marilyn Monroe’ and ‘Tell Me It’s Not True’. The social and financial instabilities of 1970s Liverpool are depicted most prominently as she gives away one of her twins to a desperate and often relatable Mrs Lyons, played by a very equitable Sarah Jane Buckley - her relationship with the narrator (Robbie Scotcher) exaggerated Mrs Lyons’ inner turmoil perfectly, as she was continuously followed by Scotcher’s bellowing solos which were accompanied by an electric musical score. Hateley and Buckley navigated their part as products of their environment, and this carried through to blood brothers Mickey and Eddie, and their childhood sweetheart Linda. Adults acting as children I thought was very daring, - it’s failed before - but in this production it was very well executed. As the story followed on from Mickey, Eddie, and Linda’s adolescence Sean Jones (Mickey), Mark Hutchinson (Eddie) and Danielle Corlass (Linda) really built on the characters’ development which gave the finale a dramatic and emotional punch. First innocent and comical as children, the acting trio embodied the ferocity of the brothers’ transition into adulthood, and crippling matters of the heart, amidst the current political landscape.

The musical numbers, of which there are many, were one of the strongest attributes to this production. The live score was particularly evocative and, for me, was at the core of creating this show’s ability to cultivate so much raw emotion. This production of Blood Brothers is harrowing and uplifting, laugh out loud with imperative social messages, and ultimately a great theatrical show to see live in Oxford. Blood Brothers will run at New Theatre Oxford until Saturday December 1. For further information, and tickets, click here.