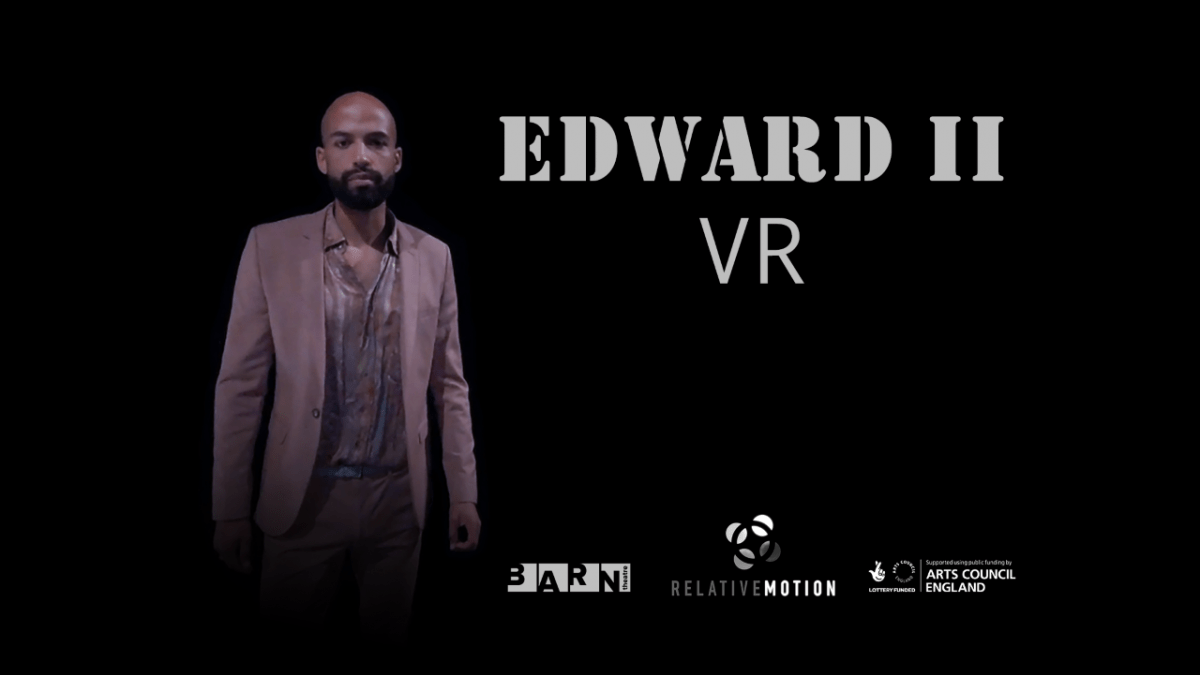 The eight-minute production reimagines this historic and iconic gay love story for a 21st century audience. Edward II VR is crafted for a Single-Audience-Member (SAM) who sits at the very centre of the story experience.

Christopher Lane, Creative Director of Relative Motion said: “Edward II VR has given us the unique opportunity to combine forces with the Barn Theatre to truly fuse theatre and virtual reality. In doing this we have created a unique, intimate, visceral piece drama – one with themes that, sadly, are still echoing through our world today.

“This collaboration also shows that, as theatre makers, we are in a unique position to harness our theatrical spaces and VR technology to create immersive and intimate audience experiences in the wake of Covid-19.”

Edward II cemented Marlowe’s position as both a maverick playwright and a challenger of the status quo. By ‘staging the story’ around SAM, this new production highlights the parallels between homophobia, corruption and greed at the heart of power in Marlowe’s era and the intolerance and bias in the world today. Using the empathetic power of VR, Relative Motion and The Barn Theatre want to remind audiences that, up-close, we are all the same.

Edward II VR stars Nathan Ives-Moiba as Edward, Richard Pryal as Gaveston and Georgia Silver as Isabella and features an original score by Tom Adams. The production was captured on the stage at the Barn Theatre.

This production marks the first collaboration between Relative Motion and the Barn Theatre. Both companies have been acknowledged for their focus on technical innovation to support the creative process and audience experience as well as producing work for the “virtual stage”, particularly during lockdown.

More information about both companies can be found at: barntheatre.org.uk and www.relativemotion.co.uk.