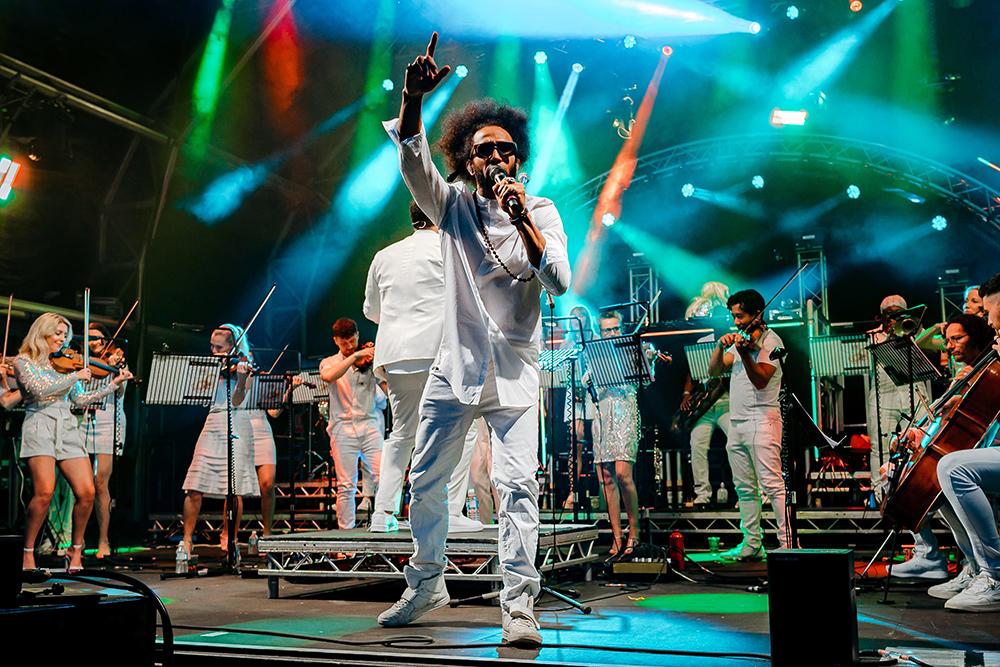 With less than ten weeks to go until Classic Ibiza makes its much anticipated return to Bowood House on Friday 22 and Saturday 23 July, the Urban Soul Orchestra (USO) reunited last week in a London music studio to perfect this year’s performance.

With 15 new tracks being added to the orchestral set of over 30 house classics, including some firm crowd favourites, the concert organisers are promising their best show yet.

USO are said to bring a rich house music pedigree to Classic Ibiza, having worked for over 25 years alongside many of the greats, including Groove Armada, Nightmares On Wax and Robert Miles.

USO’s Stephen Hussey, conductor, arranger and musical producer for Classic Ibiza, says: “I’ve got goosebumps just thinking about the awesome tracks we’ve got up our sleeve for the summer. We’re heading into the stratosphere! The Urban Soul Orchestra is on top form, and we can’t wait to feel the energy from the incredible Bowood audience when they hear what we’ve got in store for them.”

Five of the 15 new tracks in the set were chosen by Classic Ibiza’s 28,000 Facebook followers over Easter. They are: Toca’s Miracle, Fragma; Dreamer, Livin’ Joy; Waiting All Night, Rudimental; (I Wanna Give You) Devotion, Nomad; and Push The Feeling On, Nightcrawlers.

Jose Luis made his Classic Ibiza debut last year and kicks off proceedings on both nights. Since arriving from

Venezuela over 20 years ago, he has pioneered the Urban Latin/Reggaeton sound in Europe and has been a resident DJ at Pacha (Ibiza) and Ministry of Sound (London).

Commenting on what to expect from his chill-out set, Jose Luis says: “I’m bringing a whole new vibe for ‘22. The Afro-Latin sound is well and truly back in Ibiza, so I’m feeling in my zone. Expect a fresh mix of floor-fillers and new classics, all thrown into my laid back, mash-up style!”

Organisers say tickets are due to sell out imminently for the Saturday at Bowood, with the Friday night also selling fast.

Car-parking is free, and attendees can bring their own food and drink. The Classic Ibiza team say all individuals need to do is remember their dancing shoes and embrace the family-friendly vibe.

Classic Ibiza at Bowood House is proud to be supporting The JGM Trust Fund. There will be various fundraising initiatives taking place on the evening, including a £2.50 donation from every programme sold.

Tickets and more information can be found online at classicibiza.co.uk