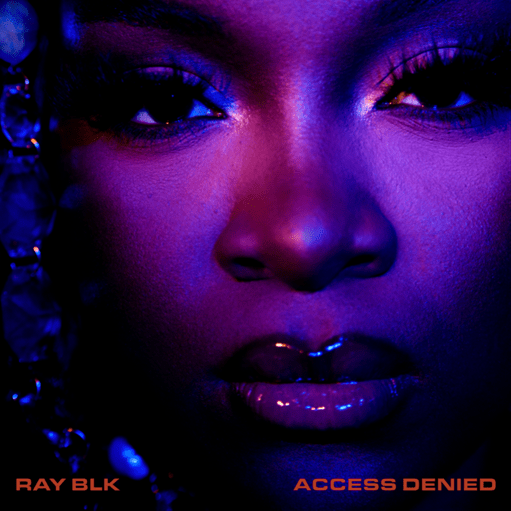 OUT OCTOBER 1 ON ISLAND RECORDS

NEW SINGLE “OVER YOU” FT. STEFFLON DON OUT NOW

LISTEN TO “OVER YOU” HERE

“Although the album is called ‘Access Denied’, Ray BLK has granted us the first glimpse into her rebirth, and we’re ready for the ride.”  NME *****

‘Access Denied’ has proven itself every bit worth the wait.” DIY ****

“When you can switch between soulful vocals and biting verses as seamlessly as Ray BLK does here, this debut deserves to be more than a mere platform for her talents: it should be a podium.” Loud & Quiet 7/10

“An inheritor to Lauryn Hill’s soulful crown” The Times

Ray Blk, one of the most powerful and important voices in music, has announced a new date for her highly anticipated debut studio album ‘ACCESS DENIED’ now set for release on October 1st via Island Records.

Speaking about the upcoming album, Ray says: “I’ve been looking forward to this moment of releasing my debut album since I was 13 in the studio with MNEK learning how to write songs and knew for certain I wanted to be a singer. Access Denied is for those who like myself, know disappointment too well and have learned to create boundaries as a coping mechanism for self-protection. I’ve opened up about how the childhood I had made me guarded, how disappointing relationships made me fear love and how being told no so many times in the music industry kicked me down, but I got back up. I want people to listen to this record and value themselves enough to deny access to those who are undeserving, and to also value themselves enough to keep believing in themselves when they’re denied access to certain spaces and say yes to themselves when the world tells them no.”

Featured guests on the 14-song set range from Giggs to Stefflon Don, Kojey Radical, Suburban Plaza, and Kaash Paige. The album has been years in the making and Ray is thrilled that she will be able to share her artistry, heart and soul with her fans.