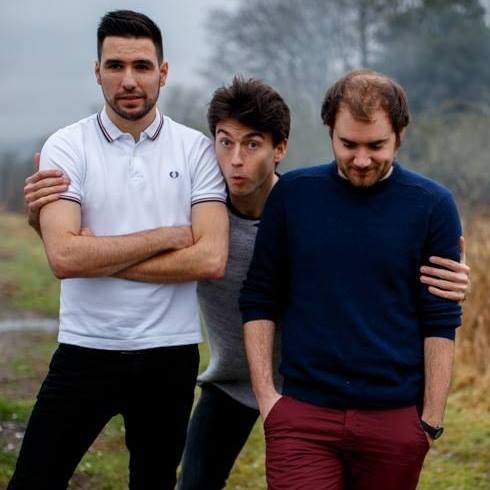 Those cheeky chappies down at Gappy Tooth Industries recently celebrated 15 years of promoting shows in Oxford!

But fresh from the birthday celebrations, they are bringing you another super-sweet line-up of live music to end June with.

The Wheatsheaf will echo to the sounds of The Easter Island Statues, The Other Ones and Breezewax on June 24. Get your tickets here: www.wegottickets.com/event/400911

Strong melodies, pounding drums, percussive rhythm guitar and an underlying, snarling great Dane of a bass come together to form The Easter Island Statues, a band who relocated to Oxford in 2016 from Leeds.

Nice, chunky folk-influenced indie pop to sing along to as if it’s the sweetest cider-sprayed sundown in balmy festival history (and, if you don’t know how the songs go, sing along anyway, we’re all friends here).  Recurrent lyrical themes are the weather, the ocean and ritual funerary incineration.

The Other Ones provide classic pop from London, full of sweet melodies and tasty harmonies, glowing and grinning after a downpour of purest FUZZ.  Aah, delicious  “Post-Manics punky powerpop but enough wide eyed, wide legged rocknroll appeal to take you into cheekier, chirpier pop climes. Nice Teenage Fanclub elements” Bugbear.  A great band for those who are missing Oxford’s Swiss Concrete promotions and their indie jamborees.

Breezewax is the moniker of trip hop musician/producer Ashley Thorpe. With multi-genre influences, he typically uses a mix of sampling, live instruments and electronic soundscapes to create chill, beat-driven music.  His debut album Vagabond was officially re-released by INFAS Music in 2011. His follow up Native Sun was released on Cult Classic Records, and there’s plenty more online for anyone craving a bit of quality head-nodding groove action, including Press Play, a proper love letter to the old school mix tape.