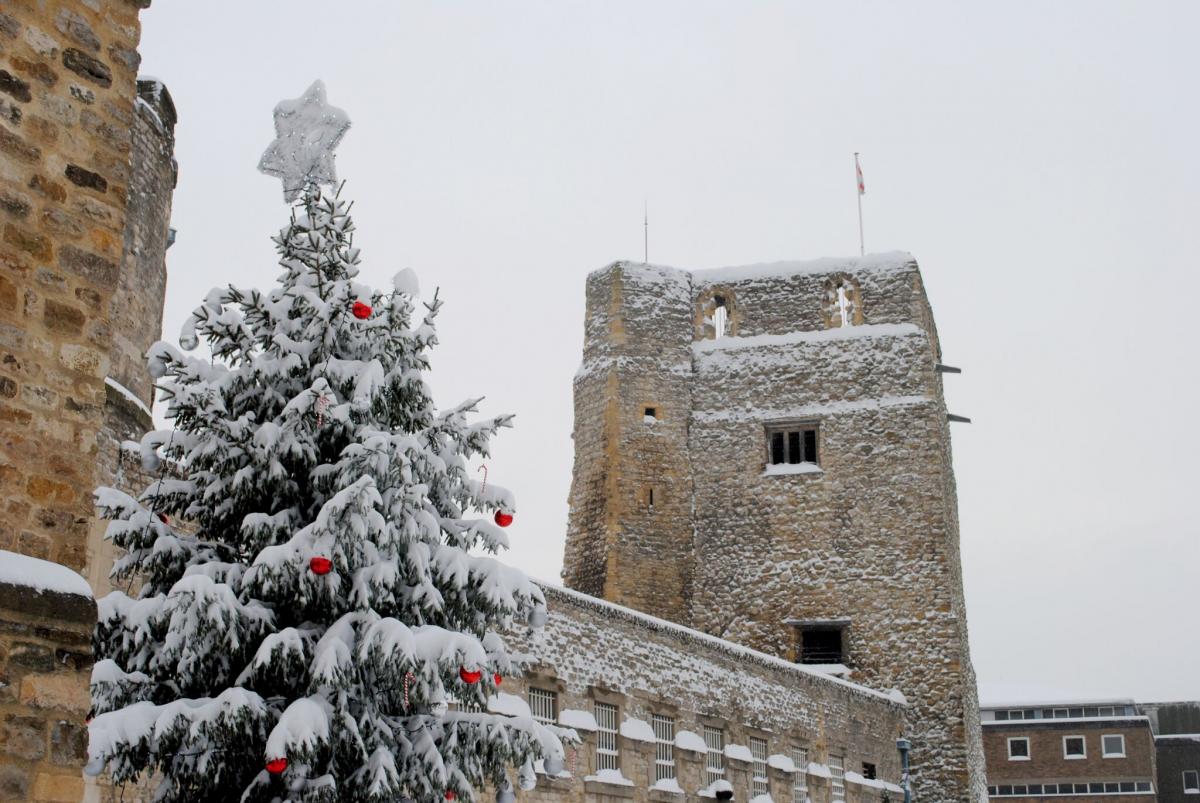 Oxford’s Christmas Light Festival is brought to you by Oxford City Council and co-producers, Ian Nolan Events.  It is delivered in partnership with cultural organisations on behalf of communities across the city.

Oxford celebrates the festive season with its annual Christmas Light Festival from Friday 25 to Sunday 27 November. The theme for 2016 is Winter Tales and the weekend will be launched with the spectacular lantern parade featuring over 300 pupils and students walking their specially-made paper lanterns from the Oxford Castle Quarter through the city.

The parade will depict the amazing story of Empress Matilda, the twelfth century English queen and daughter of Henry I, who was never crowned but besieged by her cousin Stephen of Blois at Oxford Castle. On a dark, snow laden winter night, she climbed down the Saxon tower enveloped in a sheet, picked her way through the sleeping army and made her escape along the icebound Thames to freedom.

Young people from 10 primary and 2 secondary schools along with students of City of Oxford College will create the now infamous lanterns to designs by artist Paul Batten.  The large lanterns will feature King Stephen, Empress Matilda and the Saxon tower, which will be in a sea of smaller lanterns representing the pursuing, armed soldiers. As they flow through the city streets on Friday 25th November, their glow will represent the course of the river upon which Matilda fled.

The festival not only marks the approach of Christmas but offers a wonderful opportunity for the local community to play a leading role in this inspiring Oxford event. The lantern workshops with Paul Batten and Esme Duncan in local schools have been made possible thanks to the support of Westgate Oxford Alliance (a joint venture between the Crown Estate and Land Securities).

‘We are pleased to be part of the Christmas Light festival this year, and in particular supporting the schools programme involved in the making of the lanterns. Oxford Castle Quarter is a unique place right in the heart of Oxford which we hope is a suitable home to mark the start of the weekend of festivities.

‘Next year we look forward to welcoming everyone through the doors of Westgate Oxford in time for Christmas when we open in October 2017.’

Over the weekend of the festival, Oxford’s cultural organisations will come together to present a dazzling array of performances, exhibitions, events and workshops in and around the key areas of Oxford Castle, Gloucester Green and Broad Street. 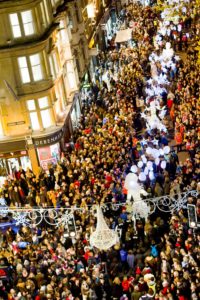 Major art installations will be placed around the city centre: In Broad Street will stand Illumaphonium, an illuminated semi-acoustic, semi-automatic interactive music-making sculpture; Aftermath Dislocation Principle (ADP) is a miniature town installed in a 40ft shipping container; Colony, a series of giant freestanding sound sculptures will appear in the Oxford Castle Quarter and Gloucester Green; while illuminated 10ft giant characters Xalia and Atom walk the streets amidst the crowds.

On Friday night Gloucester Green plays host to Festive on the Green with a dance and music stage featuring local dance talent from Dancin’ Oxford and music from the vintage all girl singing group The Tootsie Rollers.

The Oxford Castle Quarter will be a hive of festival activity including drop-in lantern making workshops on Saturday while on Sunday, tours of Oxford Castle Unlocked have a Christmas theme from Saxon, Norman, Georgian and Victorian times.

Saturday and Sunday sees the hugely popular Festive Market return to Broad Street with its stalls of seasonal food and drink, local crafts and gifts for all.

The Oxford Christmas Light Festival 2016 is supported by funding from Arts Council England, Oxford City Council and by the University of Oxford. Sponsors include the Westgate Oxford Alliance, DSA Prospect, City of Oxford College, Sainsbury’s and Experience Oxfordshire.