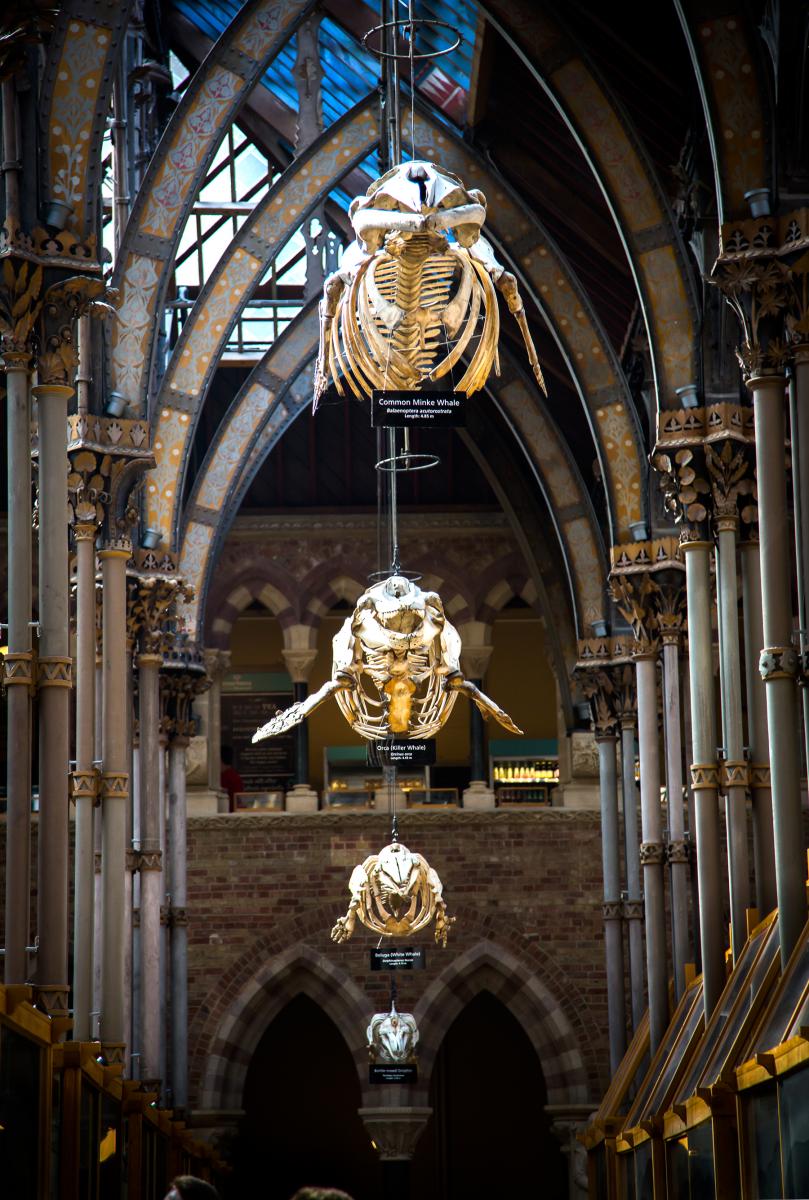 A unique performance of a 20th century classic is set to take place inside the Oxford University Museum of Natural History on 30 April 2020.

Presented by Manchester Collective with OCM (Oxford Contemporary Music), Voice of the Whale by American avant-garde composer George Crumb is a deeply moving masterpiece exploring nature and the passage of time. 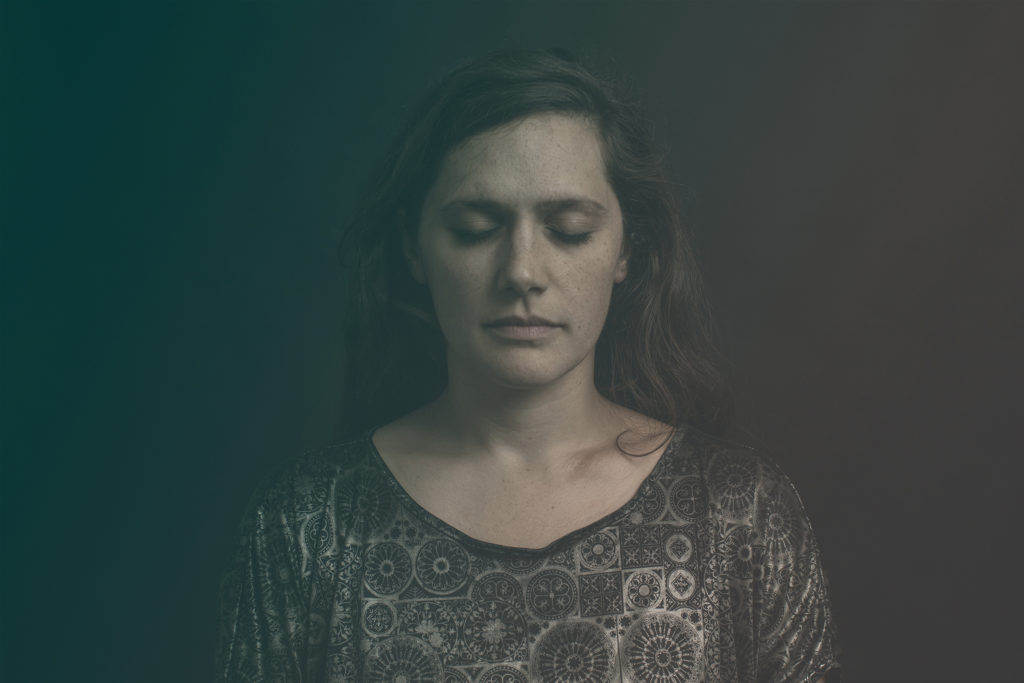 The inspiration for the work came in 1969 when Crumb heard a tape recording of undersea sounds emitted by a humpback whale. The experience never left him and eventually inspired one of his most enigmatic pieces of music: Vox Balaenae, or, Voice of the Whale.

In Oxford, the piece will be performed in the striking neo-Gothic main court, underneath the Museum’s 19th century whale skeletons, by masked musicians immersed in blue light. Described as ‘music from an undersea world’, audiences will be able to experience the piece in close proximity to the players, after being shown a selection of whale specimens up close by Museum experts. 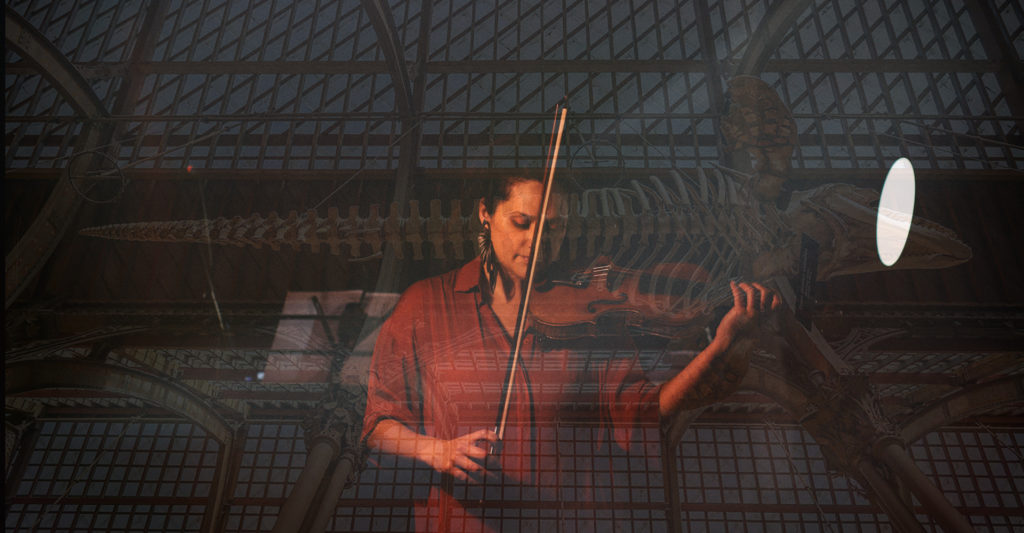 Lauren Spiceley from OCM said: “A concert’s setting can make such a difference to the experience, but this is a particularly special match. We are very excited to be working with the Museum, giving audiences the chance to hear this music in the presence of the creature which inspired it, immersed in the stunning, historic galleries.”

Adam Szabo from Manchester Collective said: “Voice of the Whale is one of the most bewitching musical works of the 20th century, and we are thrilled to be performing it in this unique location in Oxford. Although the work is nearly 50 years old, Crumb conjures up a completely contemporary sound world – one that will resonate beautifully with audiences and the rest of our programme for this rather special event.”

As well as Voice of the Whale, Manchester Collective will perform a newly-commissioned work by Alex Groves alongside music by Steve Reich, Andrew Hamilton and Toru Takemitsu.

Voice of the Whale is at the Oxford University Museum of Natural History on Thursday 30 April 2020 at 8pm. Tickets (£12-£20) are now on sale fromhttp://bit.ly/Whale-Oxford 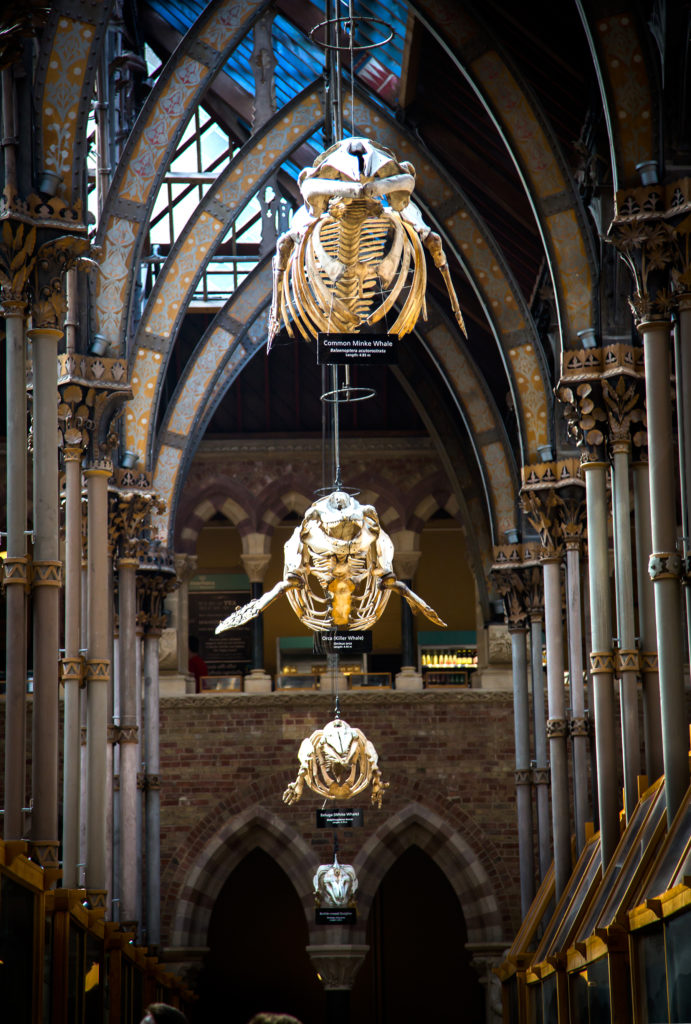