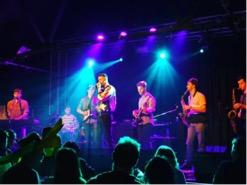 Brasc0, formed by Oxford academics, are releasing their first single following a whirlwind rise to local success, performing their unique combination of jazz and hip-hop.

After forming in early 2018, the seven strong band have gained popularity after playing local venues such as the Cape of Good Hope, and Sandy’s piano bar. They have hosted music nights at the Tap Social, and Modern Art Oxford. Next week they are set to make their third appearance at the O2 Academy in Cowley.

Review: Wise Children at Bristol Old Vic - "This is why you go to the theatre!"