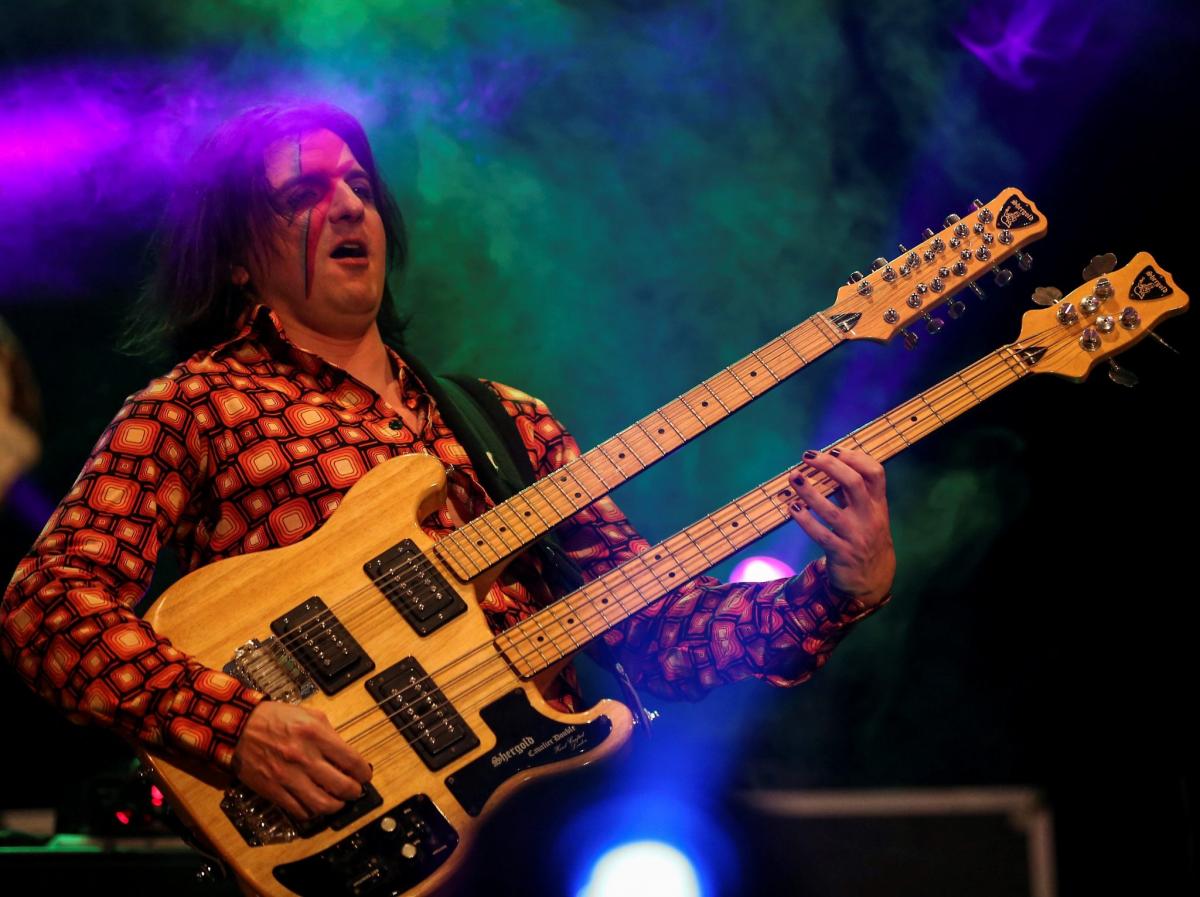 As soon as the show starts, the audience is hooked and won’t take their eyes and ears off the stage until the end.  Didgeridoo duels, double-neck guitar, belly-dancing around a Theremin, lighted-wings over a Mellotron, sensual ‘Alice in Wonderland ‘, using costumes, make-up along with powerful melodies, the Franck Carducci Band bring theatrical classic-rocket back up to date.

The discovery of Genesis at age 17 embedded progressive rock into his heart and his soul. This experience came to define his passion for a music that’s both very rock and very atmospheric or psychedelic. Franck Carducci doesn’t have or need a primary instrument although he is usually found playing bass in various bands because it is, according to Franck, ‘the most interesting instrument within a band, linking rhythm and melodies’.

Franck has opened for musicians such as Murray Head, Bill Wyman, and Albert Lee. In 2008, Franck moved to Amsterdam where he joined the local scene and performed regularly in the famous clubs of the city. He participated in several bands with styles varying between funk, soul, pop and rock music.

In  2010, a dream comes true: Franck opened for one of his heroes, Steve Hackett (Genesis). Steve watched the concert from backstage and came to  congratulate Franck in the dressing-room before going onstage himself. A little while later,  a discussion with Steve, convinced Franck to focus on producing his own solo album.

Three albums later and many tours all over the world, Franck is yet again in the UK to play at The Cambridge Rock Festival and will also be playing other gigs.

Immerse yourself into the spectacle and let yourself go as you embark on a journey into a colourful, flamboyant and fun musical universe, which is open and accessible to all.

The show will be on Saturday July 28 at 8.30pm in The Victoria, Swindon.

For More information go to: thevicswindon.com