Out Today From Olivia Lane - 'Boy's Still Got It' 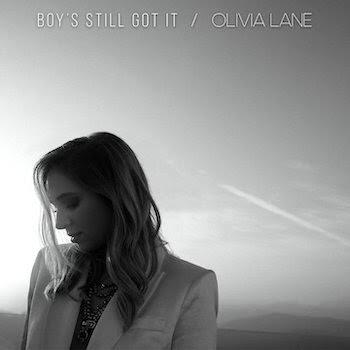 OUT TODAY FROM OLIVIA LANE - ‘BOY’S STILL GOT IT’

Listen to the latest track from forthcoming album now

NASHVILLE, TN. / LONDON, UK. – (26th March, 2021) – Following the release of ‘I LET THE DEVIL IN’, which premiered on BBC Radio 2 last month, and follow up track ‘WHY DON’T WE’ - the videos for both approaching 350k combined views in just a few weeks - rising singer-songwriter Olivia Lane has shared another new song from her forthcoming album HEART CHANGE. Listen to ‘BOY’S STILL GOT IT’ here.

“This song is about acknowledging all the small things we love about our person,” said Olivia. “It takes extreme vulnerability to share all the parts of ourselves with our loved ones, always risking that that relationship may go away one day. Even in the most difficult aftermath of my heartbreaks, I’ve always been proud of myself for putting my heart out there and taking a chance on the greatest gift we have on earth, love.”

ABOUT OLIVIA LANE:
A Houston native, Lane spent time in Los Angeles and graduated from the University of Southern California before settling in Nashville in 2013. Her sweet, soulful voice and insightful songwriting helped Lane earn an enthusiastic following, but all her hard work came to a screeching halt in 2017 when stress and anxiety caused her to lose her voice.

“Honestly, I was just so tired of carrying the weight of feeling like I was in control of everything,” she says. “It was just too much for me to bear being in control of my career. Being in control of so many outside factors was weighing me down so much and it infiltrated my whole life. I started to over think everything because that’s what you do when you are trying to strive for perfection and over singing, overcompensating, over sharing my feelings. Ironically I just got to this place where I felt very out of control striving to be in control and I just had to let go. It was letting go emotions in therapy, letting go of my voice in my vocal lessons, letting go of a toxic relationship, which I did during that time, and also letting go of control of my life. That led me to Jesus.”

During therapy, Lane’s therapist taught her that each life is made up of four spheres—spiritual, emotional, physical and logical. “Ideally you want all four of those balanced,” she says but admits she was caught off guard when her therapist asked about her spiritual life. “My spiritual was basically nonexistent. She said, ‘If you want more, you need to figure out what your connection is to the world. What is your purpose? What are you doing here? I was like, ‘That doesn’t sound fun. I don’t want to do that,’ but she gave me a couple of books and she gave me all the options from Buddhism to Christianity. I read this book by John Eldredge called ‘Walking With God’ and it was just so unbelievably clear to me that Jesus was the path. I was an atheist. I was not looking for God, and my path just led me to that. It was like I’d been living in the dark and dust. That’s truly what it felt like. Once I knew there was all this on the outside, it was like this two or three year period of just crushing, changing, shaping and stripping away and ripping people out of my life who weren’t good for me. It was not an easier path, but it’s a path that makes more sense to me.”

“My message is lean into those heart changes because there’s such greatness waiting on the other side, but you have to get there. You’ve got to walk through that door and make that choice and you have to own that heart change because that’s what leads you to your authentic self. I spent way too long not being my authentic self and it was destroying me. I mean physically and mentally it was destroying me and I had to say no more. I’m done.”

Lane’s music is so relatable and universal because everyone has experienced challenges. “We all have work to do. None of us are perfect,” Lane says. “We’re all broken, so let’s just do the best we can. Looking toward the future, Lane is excited about once again touring as soon as it’s safe to do so. In the wake of the pandemic, she plans to hit the road both in the U.S. and will head to Europe again where she’s developed a strong following. She is also working to grow her publishing company and telling her story through other artistic mediums. Though she’s a savvy businesswoman, at her essence Lane is a singer/songwriter and she’s excited for her audience to experience the songs on her new album. “I hope it will be a safe place to land for people right now who are in need of some heart medicine and some acknowledgement to take that next step to become their authentic self,” she smiles.

“So many people right now are searching for peace and hope and just a little bit of happiness, and it takes work to get there. It takes work to find peace. It takes work to maintain a sense of hope. It’s so easy to get consumed by fear and your own shame, and that’s not what we were designed to do. I just hope people are inspired to look into their deepest hearts and know that there is an option to heal their hearts and to have a heart change.”

HEART CHANGE will be released this summer, featuring the three new tracks ‘I LET THE DEVIL IN’, ‘WHY DON’T WE’, and ‘BOY’S STILL GOT IT’ - out now.