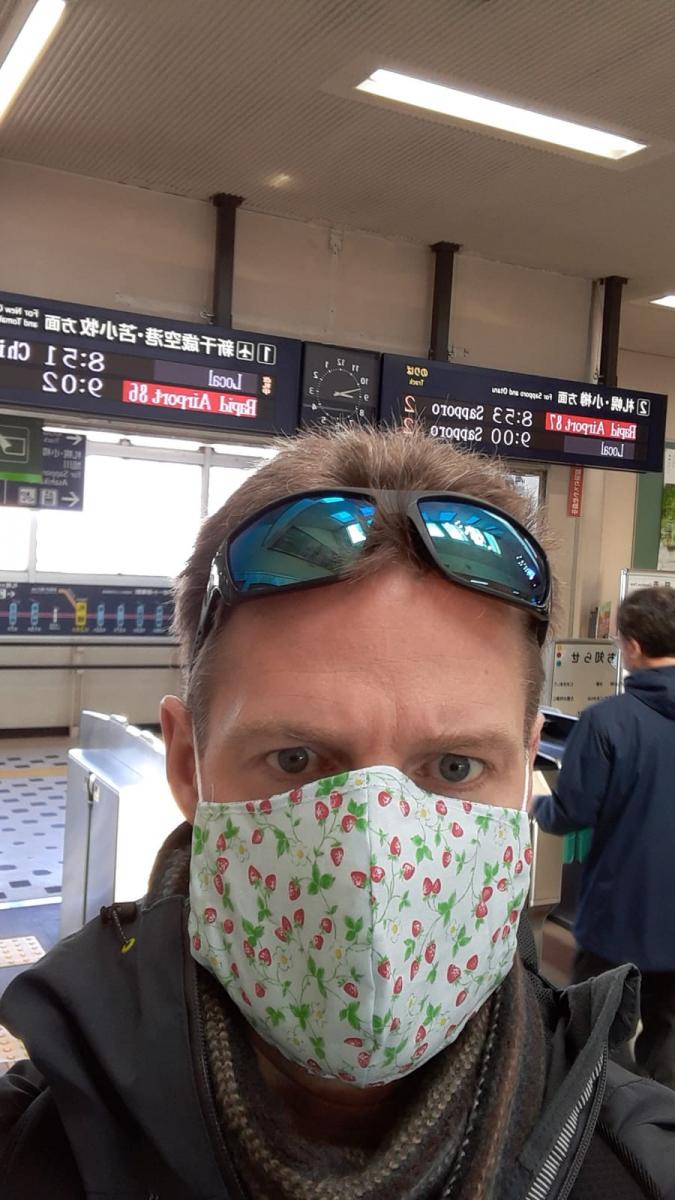 Bill Hill has been in Japan since the start of the year for what was supposed to be a lovely time with his girlfriend and to learn Japanese but it’s all been a bit surreal in lockdown. Wednesday 29 April 10.43am on rapid airport train to Sapporo. Apart from wanting to occupy myself and get out of the house, I’m interested in seeing this current state of emergency in action. Heading to the sizeable city of Sapporo to get a sense of what’s happening, or not, will give me an idea. I was one of two people boarding at Eniwa, my local station some 30km south of the city, and there is a light smattering of passengers on board, assuming my carriage is representative. It’s mid-morning, so I wouldn’t expect a full train anyway. Few people, so you would think social distancing of 2 metres would be easy, and indeed, a no-brainer. Yet I see a few people who are clearly not together, sitting very close to each other. Of the eleven occupants of the carriage, two lone sitters are unmasked. Today’s weather is somewhat forgettable.. cold and wet. Yet temperatures of 20 to 24 degrees are forecast for the weekend and the start of next week. 11.56am .. Well, this is a bit topsy-turvy. I alighted at Sapporo Station and wandered aimlessly, researching inactivity & inaction. The ground floor of the station is barely alive. One or two small kiosks are open for snacks and drinks, as is the lottery stand, and one selling bento boxes, and another egg-related products. The national rail ticket office has a skeleton staff. The whole place is a shadow of its usual self. The first obvious sign of the sad scenario about to present itself to me was the closed “Little Mermaid” Japanese pastries and bread shop, just airside of the ticket barrier. Should have known something was not right. Horror ensued when a shutters-down Starbucks came into view near the station’s South exit. Didn’t augur well considering my destination was Tully’s Coffee where I often go for a fix before my Japanese classes, which are currently suspended of course. Eventually wended my way out of the station, bound for the coffee shop. My brisk trot replaced by a melancholic gait that betrayed my fear… that it would be closed. Plans shattered, I’d suddenly have to find a new purpose. Well…. Now in Tully’s Coffee… And they’re playing an eclectic mix of upbeat jazz tracks including a version of the inimitable Bing Crosby’s “Santa Claus is Comin’ to Town” (.. ooh, mustn’t forget the Andrews Sisters!). Must say, with the unsettling peace I’d witnessed since arriving in Sapporo an hour or so ago, being here does feel something akin to a Xmas present. 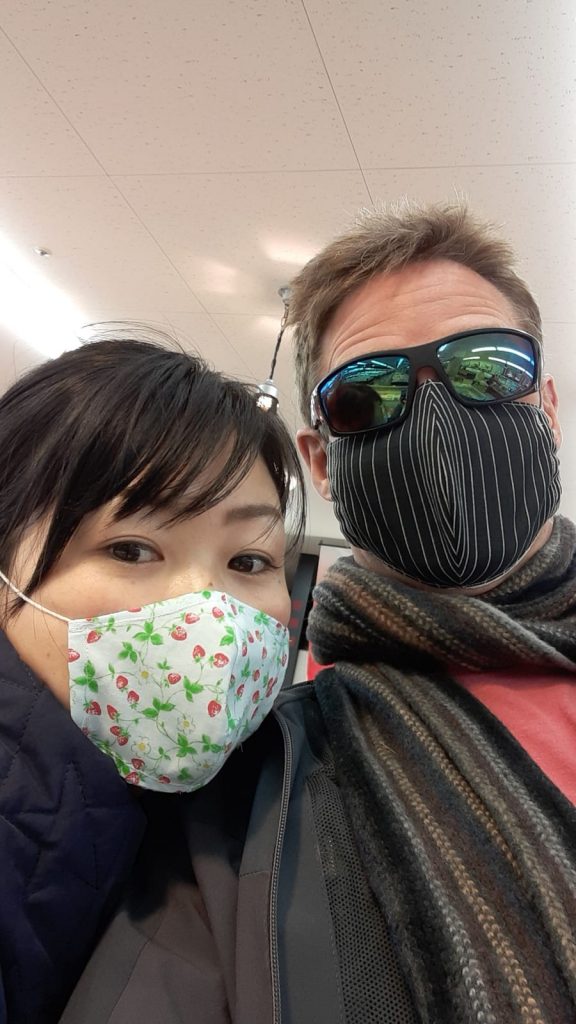