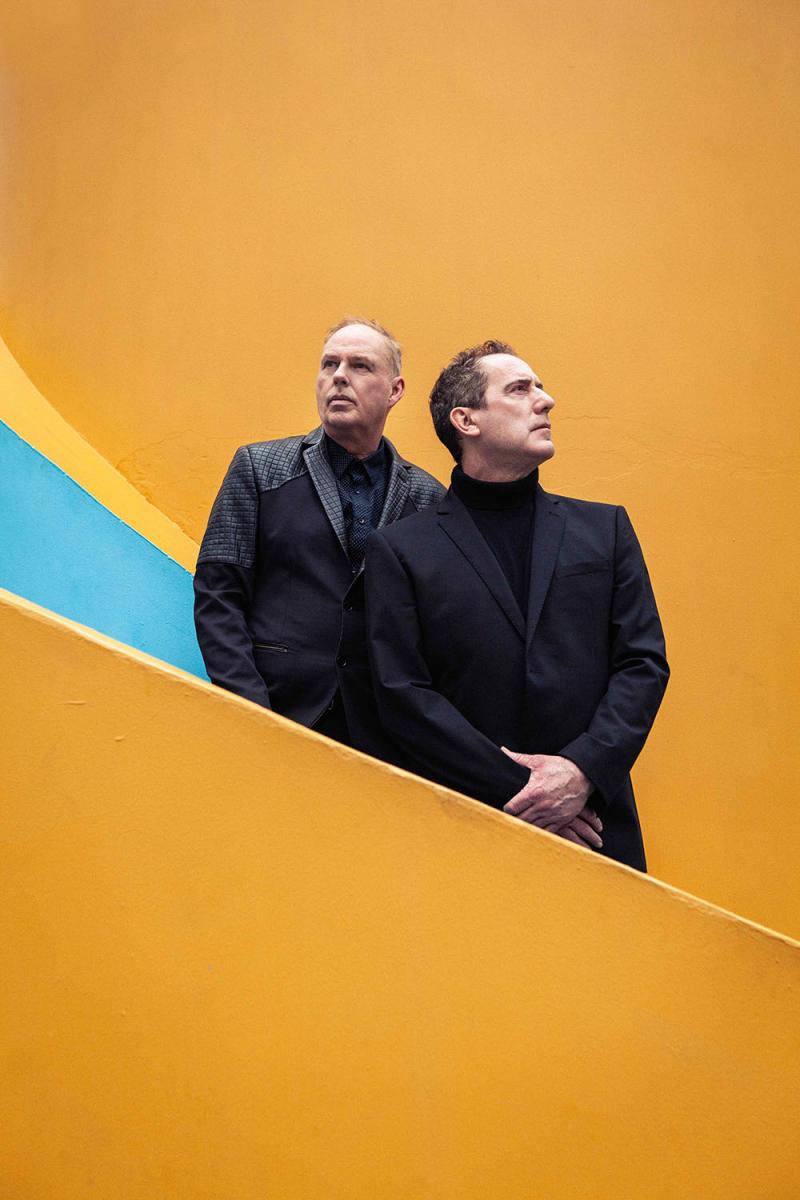 Orchestral Manoeuvres In The Dark (OMD) have today announced a limited edition 12” coloured vinyl release of the band’s legendary anti-war hit single ‘Enola Gay’, to celebrate the 40th anniversary of its original release, and 75 years since the World War II atomic bombing of Hiroshima by the Enola Gay aircraft.

The release features two brand new mixes of the track by Andy McCluskey and Paul Humphreys. One extended mix uses the original master multi-track, that sounds like the 12” version that never was, but should have been released in 1980. The second is a slowed down, chilled out rework that is far removed from the original, but remains undeniably glorious.

The digital version is available to purchase today, and pre-orders for the 12” coloured vinyl are available now HERE. The band have also unveiled a special new and enhanced HD version of the original ‘Enola Gay’ video - watch here.

The single has also received a sublime hypnotic remix from Hot Chip’s Al Doyle, out today. Of the remix, Al comments; “Getting your hands on the raw material of ‘Enola Gay’ feels like stealing into hallowed halls. It’s already a perfect song, so this is just a tribute and an homage, made all the more meaningful with the occurrence this year of the 75th anniversary of the atomic bombs on Japan. OMD forever.”

Recorded at Ridge Farm Studios in Dorking, and released on September 26th, 1980, ‘Enola Gay’ was the only single from the band’s second studio album  ‘Organisation’.

Lyrically detailing the atomic bombing on Hiroshima during World War II by the B29 Superfortress aircraft, the song scored a UK Top 10 on the singles charts and went on to become an international success, selling more than 5 million copies worldwide and ingraining itself as a synth pop classic and arguably OMD’s signature track.

The band will also perform a special live streamed show from London’s Indigo at The O2 on October 24th - set to raise money and awareness for their crew, whose livelihoods have been so affected in the wake of the global Covid-19 pandemic.