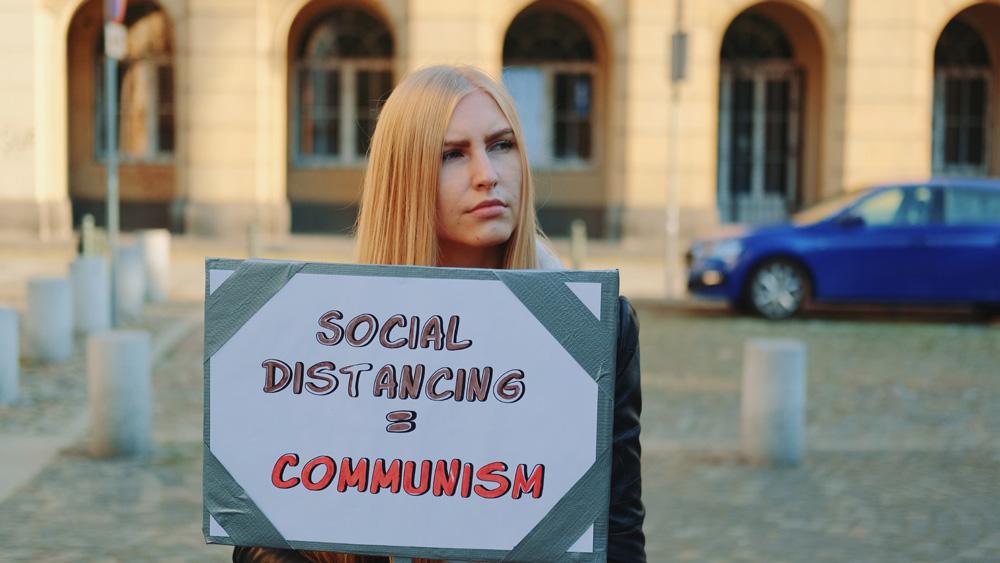 “These anti-lockdown marches will not be tolerated,” various ineffectual buffoons warned today.

The cowardly, toothless clowns hold positions of legal and political authority in various parts of the country.

Each of their communities has recently been marched through by ragtag bands of capering, gibbering, maskless fools who believe covid doesn’t exist, is a plot by the Illuminati or some such crap.

In spite of such marches being completely illegal, not to mention highly dangerous and potential killers of thousands of vulnerable people, they were allowed to proceed.

A few token arrests have been made here and there, but hundreds of deranged, self-centred arseholes were allowed to complete their criminal activity and creep off back under their stones without any official sanction whatsoever.

Some ridiculous prannet in charge of one of the communities targeted said: “I wish to make it clear that such disgraceful behaviour will not be tolerated.

“Anybody who becomes involved in such behaviour can expect to be dealt with very severely indeed.

“Specifically, they can expect to be allowed to march wherever they want, whenever they want, with whomever they want, baying whichever abuse they choose to bay at nearby police officers and civilians, and then be permitted to go home with no repercussions of any kind whatsoever - but I shall be sure to make another statement afterwards saying that such behaviour will not be tolerated.

“Oh, and we might even arrest three or four of the very worst miscreants if they actually go as far as licking and coughing on complete strangers.

“Mind you, your granny can still expect to be fined ten grand for accidentally standing too close to her friend from the crochet circle should they happen to bump into each other in the street and have a bit of a natter.”