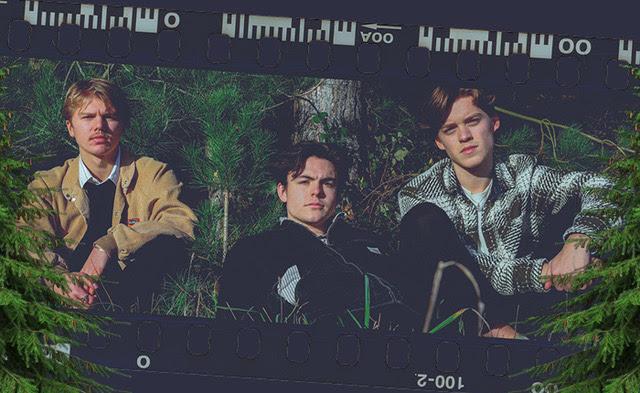 LIVE AT THE O2 LONDON
19 DEC AT 6PM GMT / 7PM CET
In partnership with Live Here Now LimitedNew Hope Club announce their new virtual concert ‘A Christmas Show With New Hope Club’, following the success of their Virtual World Tour and the rescheduling of their UK Spring shows. Live from London’s O2 on 19th December, the festive show will see the trio perform tracks from their Top 5 self-titled debut album, as well as fan favourites and a few Christmas numbers.


‘A Christmas Show With New Hope Club’ will stream at 6pm GMT/7PM CET on 19 December. Exclusive merch is  available from https://www.liveherenow.co.uk/newhopeclub

Fans outside of European timezones will be able to replay the show once at 6pm in their location e.g. 6pm NY time / 6pm LA time / 6pm Seoul time (20th Dec).

There are two types of tickets available, with the option for fans to tune into an exciting  soundcheck party with a Christmas Conversation with New Hope Club. Tickets start at £10 plus booking fee.

The news of a virtual Christmas show comes after New Hope Club rescheduling their 2020 UK tour dates to April 2021. Five new dates have been added and, after quickly selling out the London show, the band will return for a second date at the Indigo at The O2 on Thursday 8th April. Beginning 4th April 2021, the 10-date tour will start in Birmingham and finish at The Academy in Dublin on the 19th April. Additional dates include visits to Bristol, Newcastle, Sheffield, Manchester, Glasgow and Liverpool. Tickets for the UK Spring tour available here.

2020 has been a busy year for the group: releasing their debut album back in February, reaching Number 5 in the UK Official Albums Chart, releasing an extended version of their album in August, and completing a Virtual World Tour during the summer.

With over a million monthly Spotify listeners, songs from their self-titled debut album have been streamed over 66 million times. The record features singles ‘Love Again’, ‘Know Me Too Well’ (featuring Mexican superstar Danna Paola) and ‘Permission’, with the new extended version including six additional tracks, all written and produced by the band.

Their Virtual World Tour, in collaboration with YouTube Live, was a 20-date online extravaganza: they kicked off with Argentina in July, performed in the USA, Mexico, Canada, France, Germany, Russia, South Korea, Australia and many more, before wrapping the tour up in August in the UK.

Angels in Bristol unites the city this Christmas