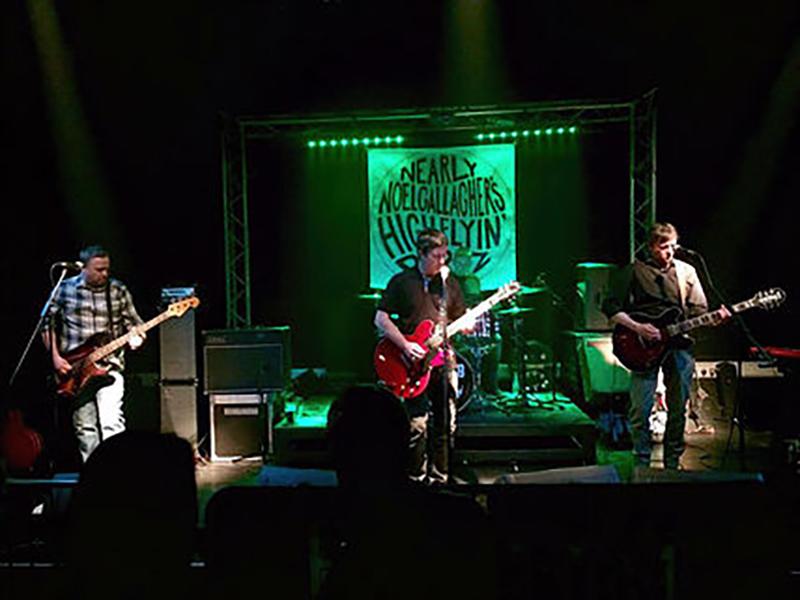 Proving that it’s not just your mum’s favourite bands that have tribute acts these days, Nearly Noel Gallagher’s High Flyin’ Birdz are touring the length and breadth of the UK in February 2017, paying tribute to Britpop royalty.

Nearly Noel passionately and accurately pay homage to both of Noel Gallagher’s solo albums as well as the best Oasis classics from Noel’s live shows, giving fans an opportunity to hear his biggest hits in an intimate live setting.

The band, three experienced musicians in their own right, strive to create the most authentic show possible by using the same guitars and effects as Gallagher’s live shows.

An established act on the tribute scene, Nearly Noel Gallgher’s High Flyin’ Birdz have played to audiences up and down the country, headlining festivals and shows nationwide.

They’re hitting the road for a new tour, bringing the definitive tribute to one of the world’s greatest songwriters to cities including London, Birmingham and of course, Oxford.

Nearly Noel Gallagher’s High Flyin’ Birdz will be opening their UK tour in Oxford at the O2 Academy2 on Friday February 17 2017. Tickets available from https://www.academymusicgroup.com/o2academyoxford/academyoxford

Russell Brand is exposing himself in Reading this December