My thoughts on the Friends reunion 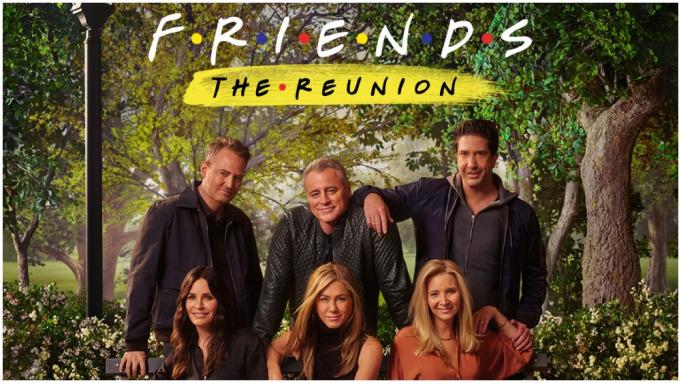 On Thursday 27 May, Friends fans were like the cats that got the cream as all six cast members of the popular sitcom reunited for the first time since 2004.

I am a massive Friends fan so I settled down to watch the reunion with a cup of tea in my special Central Perk cup. Sky was the lucky broadcaster to get the UK screening rights.

And it was so nostalgic. I loved how the cast reminisced by looking around an exact replica of the sets like the apartments and the Central Perk Coffee Shop. It was brilliant watching the six ‘Friends’ casting their minds back to iconic lines. It instantly transported you back to when they were first screened in the late nineties and early noughties.

Presented by James Corden, the reuntion interview bit of the show, actually took place by the iconic real life fountain which featured in the credits. He did a good job of keeping the show light but was also able to ask them insightful questions.

Celebrity guest stars such as Reese Witherspoon, who played Rachel’s sister Jill, said she felt like she won the lottery when she was offered the part and said her best scene was when joey said his iconic catchphrase “how you doin?”

Other guest stars that appeared on the reunion show were Maggie Wheeler, who played Janice, as well as Elliot Gould and Christina Pickles, who were Ross’s and Monica’s mum and dad.

James Micheal Tyler, who played everyones favourite coffee shop server Gunther, even showed up to give us all a bit of Central Perk flavour.

One highlight was Lady Gaga who joined Lisa Kudrow for a duet of Smelly Cat. It was a fabulous moment but it would have been even better if they had brought back  Chrissie Hynde of The Pretenders who appeared in the show.

Jennifer Aniston, Courtney Cox, Lisa Kudrow, Matt Le Blanc, Matthew Perry and David Schwimmer looked good for their ages and it was great when they played the apartment switch game in the reunion.

There were lots of surprises including Mr Heckles appearing after they got the answer.

One great bit was the outakes which were brilliant including one where Joey, Matt Leblanc, really injured himself during one scene.

We learnt quite a lot from the show including the fact David revealed that he had a crush on Jennifer in the early seasons.

Celebrities and fans all over the world such as Malala Yusaf and David Beckham addressed the reunion telling us what the show meant for them helping them through bad times and good.

The creaters of the show Kevin Bright, Marta Kauffman and David Crane also made an appearance giiving us even more insight. They discussed how they came up with the show and how in the audition process they wanted Courtney Cox to play Rachel but she chose to go for Monica.

The cast also ruminated on what they thought their charactoers would be up to now, which was great.

All in all, it was a brilliantly done reunion and underlined why Friends is so legendary and why it has hit such a chord with new generations watching to this day through streaming services.

Personally i prefer to watch the DVD Box Sets.

I have been a fan since I was 13 or 14 years old and have been hooked ever since and the popularity of the reunion show, viewed by millions in the UK, confirms that Friendsmania is not going away anytime soon.

3 Things to Know Before You Buy a Motorbike