Monkeying around at the marathon 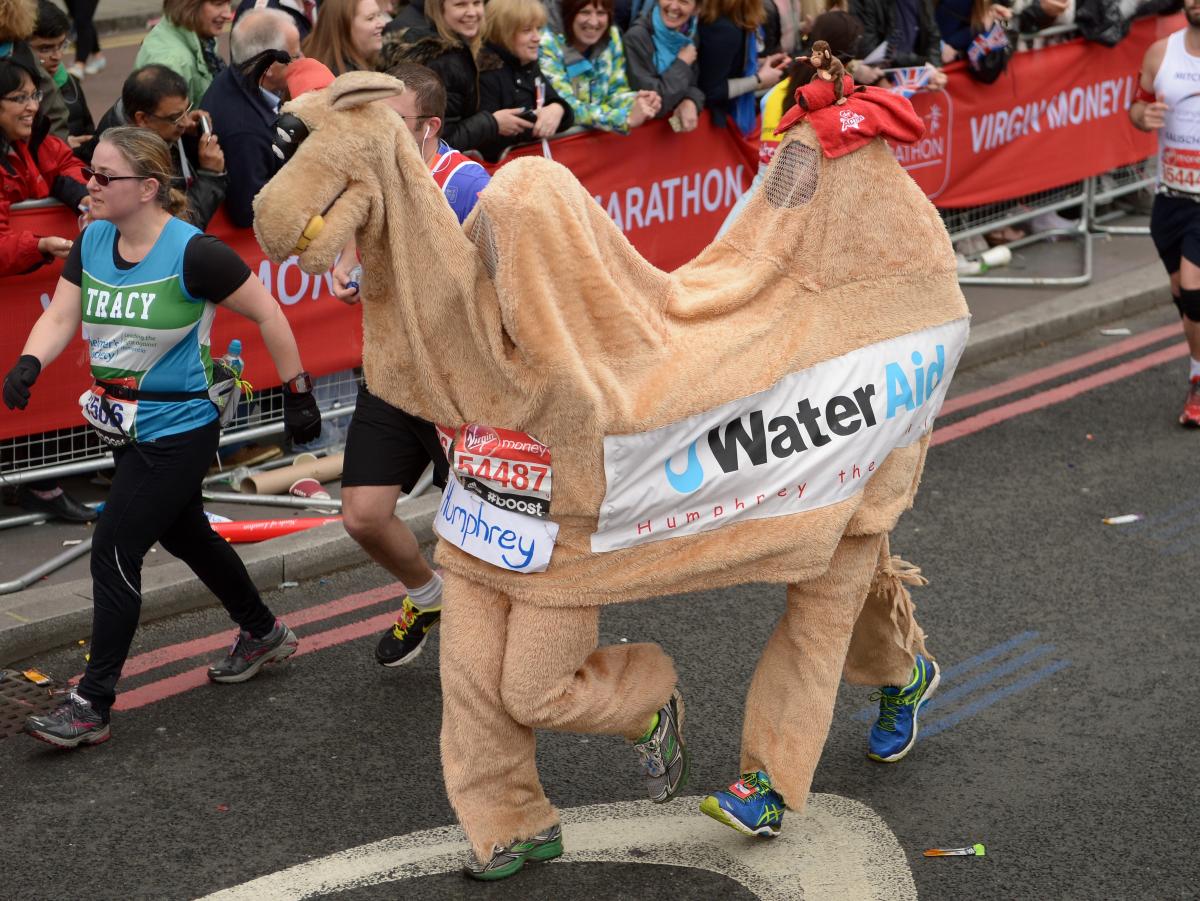 I had a dream the other night. It was that I somehow agreed to do the Birmingham Marathon dressed as King Kong.

I think it had something to do with watching the scenes of jubilation at the London Marathon as amongst the scenes of exhausted runners crossing the finish line a giant giraffe lolloped over the line as if it was the most normal thing in the world.

Don’t worry, I’m not going to dress up as a giant giraffe or King Kong to do my marathon. I couldn’t think of anything worse.

I don’t really get it to be honest. Doing a marathon is difficult enough so why on earth would you want to dress as a giant octopus for this feat of endurance? Do you find it that easy that you feel that the only way to do it properly would be to dress as Mr Blobby just to make it that much harder. Don’t you sweat enough already?

The first marathon commemorated the run of the soldier Pheidippides from a battlefield near the town of Marathon, Greece, to Athens in 490 B.C. According to legend, Pheidippides ran the approximately 25 miles to announce the defeat of the Persians to some anxious Athenians.

It’s not as if the Athenians turned around to Pheidippides and said: “Thanks for that. But could you run it again but this time wearing this giant Meercat suit?”

The reality of the task ahead has been setting in over the last few weeks.

I’m running again. And I’ve even started a programme on my Nike + that will see me through to the big day itself on October 15.

It’s taking it easy on me at the moment with quite short runs and stamina building. But I’m finding every step difficult.

In fact my knees have decided to go on strike altogether and now I’ve got a constant ache as I walk anywhere. Which is nice.

Part of the Nike + training involves a lot aerobic workouts and they kick in this week so I’m hoping a bit of stretching and stuff will sort all those knee problems so I’m not walking like a bendy legged cowboy any more.

I’ve looked in the weeks ahead and things are going to start getting pretty tough quite soon with the distances being upped and upped as time goes on.

I’m already dreading the 4.5 mile run I’ve got to do this Saturday

Having taken March off, I’ve been concentrating in April just to start running again so I’ve kind of kicked the diet part of what I’m doing into touch.

But for May I’m doing another calorie counting month meaning I’m not allowed more than 1500 calories in any 24 hour period. So that should be good!

There are times where I have been thinking to myself ‘why the hell am I putting myself through this?’

And then I remember that I’m doing this to raise money for ICP Support - a charity that is close to my heart as my three children might not be here if it wasn’t for them.

In case you didn’t know ICP Support helps sufferers of Intrahepatic cholestasis of pregnancy (ICP), also known as obstetric cholestasis (OC), which is the most common liver condition specific to pregnancy.

There’s only six months to go now and I’m getting more and more nervous as time goes on.

My head’s definitely in the right place now though.