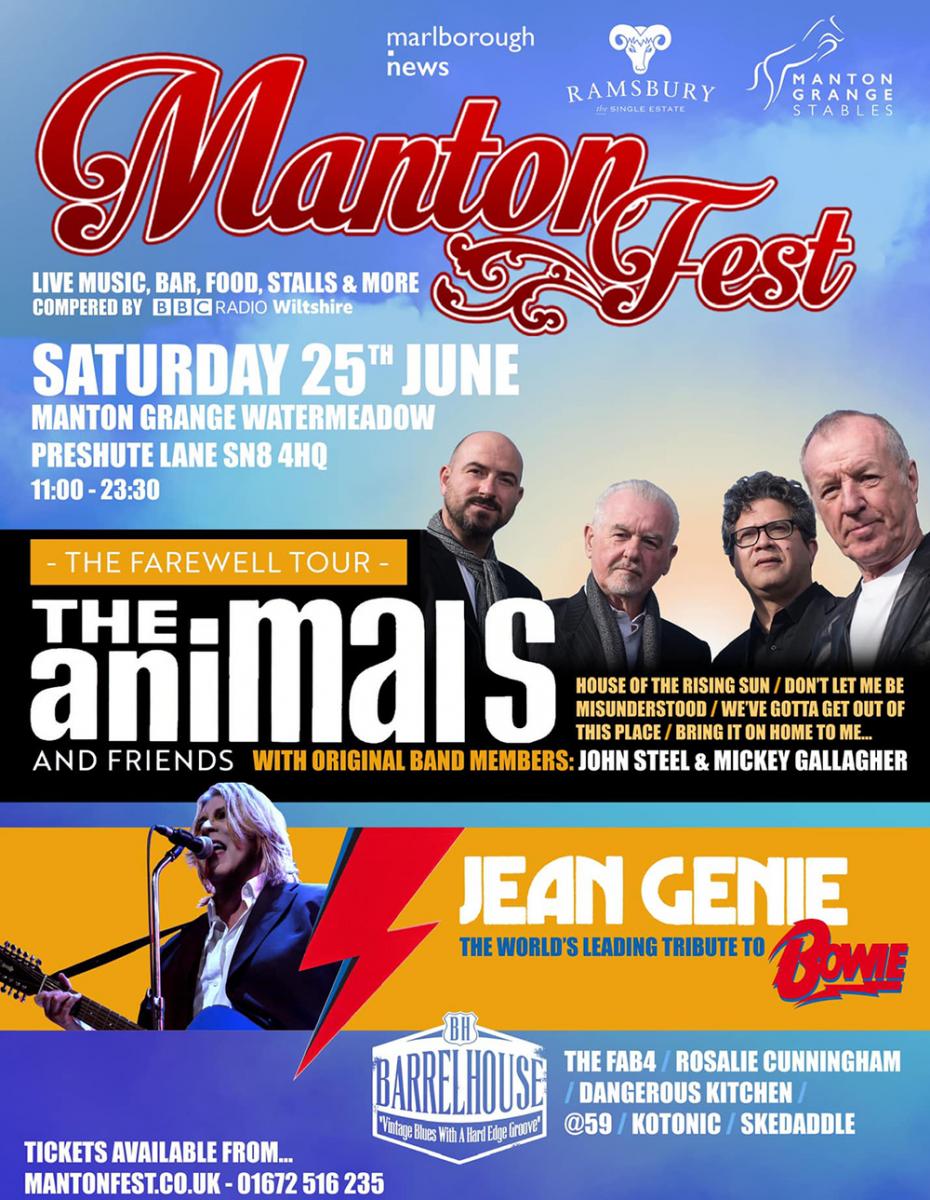 MantonFest - the local charity fundraising music festival - will return to Manton later this weekend with The Animals and Friends and other musical talent set to play.

The charity fundraising music festival is held annually in the village of Manton around end of June or beginning of July.

This year it will take place on Saturday, 25 June at Manton Grange Watermeadow, off Preshute Lane (SN8 4HQ).

Manton Music Festival (Mantonfest) is described as a celebration of a wide range of music by local and nationally known bands catering for all tastes from classical to rock ‘n roll.

This event is organised by the Mantonfest Committee and is in aid of much-needed restoration funds for Manton Village Hall and other local charities.

This year’s festival will include a special performance from The Animals and Friends as part of their Farewell Tour. The current band outfit include original members John Steel and Mickey Gallagher.

Advanced tickets are available online until Wednesday 22 June at £35 (then changing to £40 thereafter).

Children’s tickets vary in price with tickets for 13-15 year olds being priced at £15 and tickets for 7-12 year old costing £5. Children under 7 will go free.

Tickets can be purchased online at mantonfest.co.uk , via 0167 2516 235 or from Sound Knowledge and Elaine’s Travel in Marlborough.

As well as the live music performances, MantonFest will have a bar, food vendors, a variety of stalls, and more.

The event will also be compered by the BBC Radio Wiltshire team.

There will be the offer of free car parking to attendees, and gazebo plots can be pre-booked for £10.

The festival also has its own Facebook page at https://www.facebook.com/Mantonfest