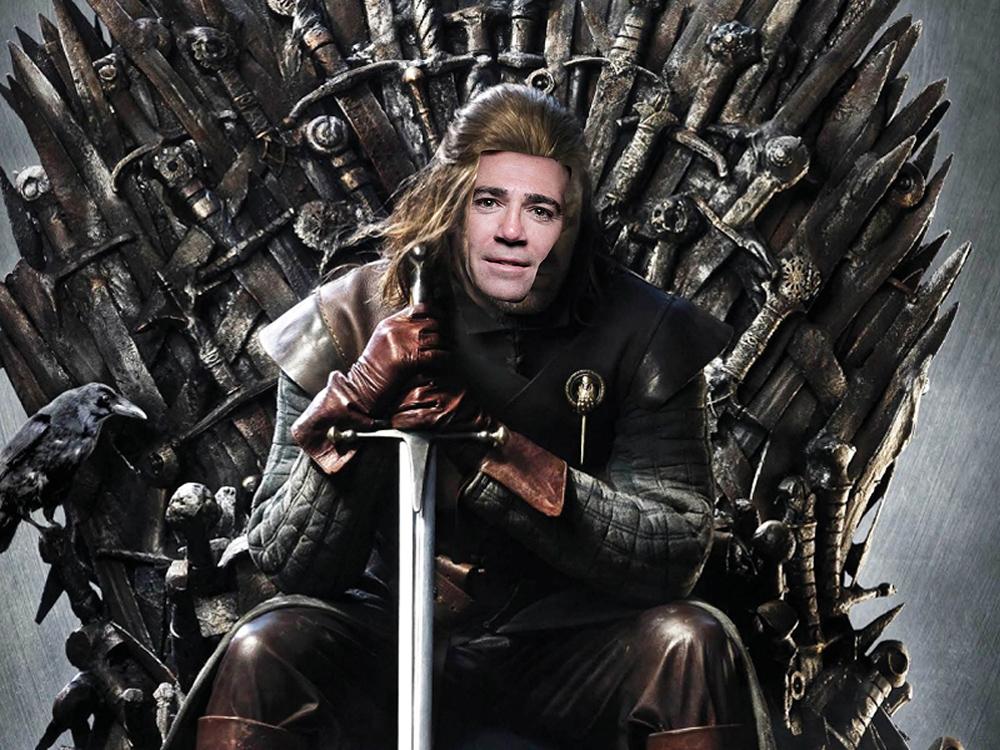 Manchester Mayor Andy Burnham has laid down the gauntlet to Westminster by declaring himself ‘King in the North’ as he seeks help from the ‘Free Folk from beyond The Wall’.

The edict comes after Greater Manchester declared that it would not bow to Parliament’s wishes to impose a Tier 3 coronavirus lockdown on the city as there would not be enough aid for the great and good common folk.

Dressed in a wolf pelt and carrying a broadsword The Mayor made his declaration standing on the front steps of Manchester City Hall.

He said: “Together with other Northern leaders we are unanimously opposed to the introduction of flawed and unfair Tier 3 rules. Southern ministers such as Matt ‘Littlefinger’ Hancock down in Westminsteros are asking us to gamble our residents’ jobs, homes and businesses and a large chunk of our economy on a strategy that their own experts tell them might not work.

“Greater Manchester, the Liverpool City Region and Lancashire are being set up as the canaries in the coal mine for an experimental regional lockdown strategy as an attempt to prevent the expense of what is truly needed. We will not bow our heads to Littlefinger’s meddling.

The newly declared king is now calling on the free folk beyond the wall led by Nicola of Sturgeon to come to their aid in their battle against the South.

He added: “This is an important moment. Greater Manchester will stand firm. We are fighting back for fairness and for the health of our people in the broadest sense even if they send the Night King himself Jacob Rees Mogg and his horde of white walkers against us. We will prevail against Boris Joffrey and his lickspittles. We are now calling on all our Northern bannermen to march on Westminsteros against the floppy haired blonde pretender in the south.”

The King in the North is now awaiting the true leader of the United Kingdoms Kier ‘Targaryen’ Starmer to ally himself with the Northern cause.

He said: “I will gladly set aside my claim for Kier. The North remembers. We know no king but the King in the North whose name is Starmer. He’s my king, from this day until his last day!”