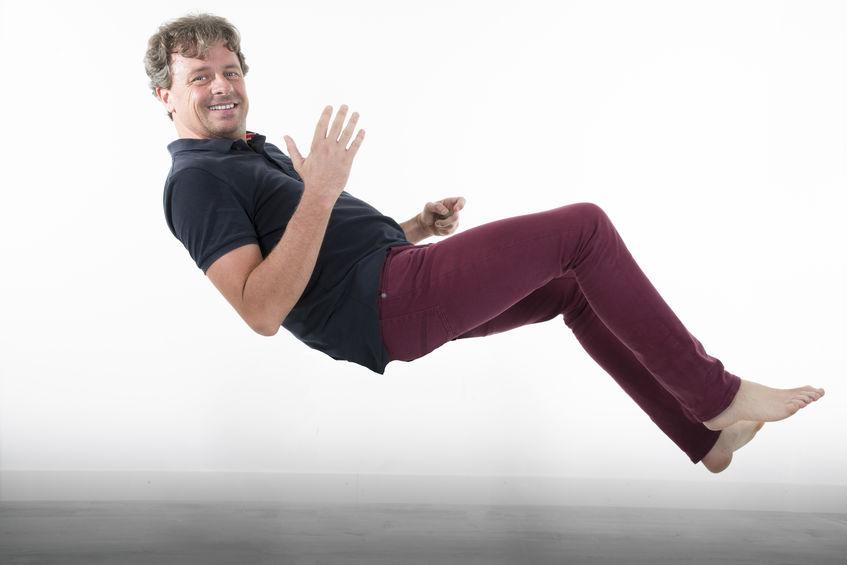 A search party has been launched after a Hastings man, who believed all science was a hoax, was last seen floating across the English Channel shouting ‘I told you so!’

Gerald Fiveacre, 43, of St Leonards, has been an outspoken voice on his local Facebook community groups with his claim that all science is made up so the Government can ‘control’ us.

His wife, Lizelle, said: “I hope they find him before he floats up into space and runs out of oxygen. Although if he’s right, he’ll probably be alright as it’s only science that says we need oxygen to breathe and he doesn’t really believe in science.

“It was a bit strange when he floated off. We were in the living room and he was having one of his daily rants. This time it was about Sir Isaac Newton’s theory of gravitation. He was claiming that ‘gravity’ itself was simply a massive hoax perpetuated by The Government to stop us from floating around.

“Essentially he was claiming that Newton just made the whole thing up and that the forces which keep the planets in their orbits was just something the scientist made up for shits and giggles having been hit on the head by a bit of fruit.

“And then suddenly he just started floating and before I knew it he had accidentally floated out the window and was last seen about 100 feet above Hastings Pier heading across the Channel.

“I could see a massive smile on his face as it proved everything that he was saying was true and he was simply shouting ‘I told you so’ as he floated above all the neighbourhood houses.”

One neighbour, who wished to remain anonymous, said: “Good riddance to be honest as he was a bit of a prick.”