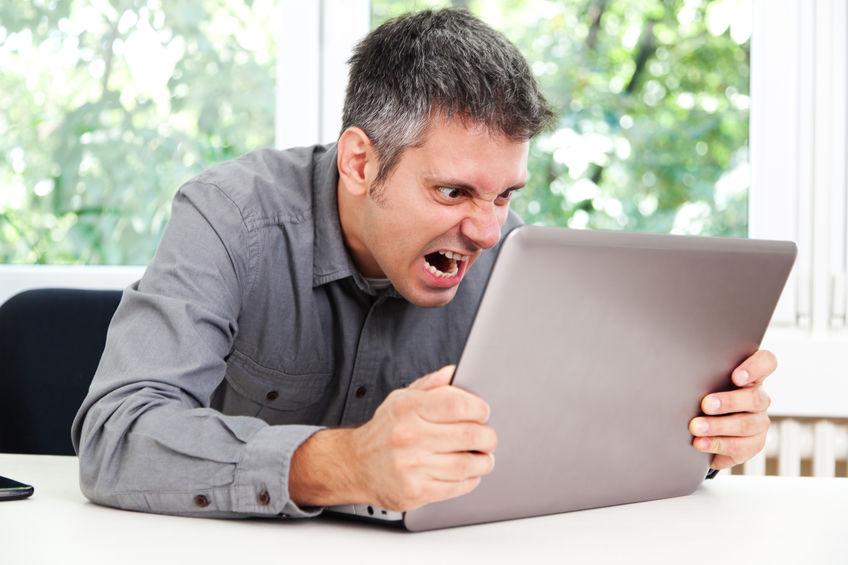 A Basildon man who spends most days arguing with anyone he considers to be a ‘woke snowflake’ on social media is actually a massive arsehole, a study has found.

Daniel Shitgibbon, 53, has for the past ten years spent every waking moment getting upset by most things and then writing a capital lettered rant blaming everything on ‘the PC brigade’ without realising that society has progressed beyond his understanding leaving him behind to stew in his own hatred and bile.

Professor Annalise Fletcher, of University College London, said: “In another of those pointless studies that costs millions of pounds, we have pored over Mr Shitgibbon’s tens of thousands of social media comments and posts only to find what was obvious from the very start - he’s just simply a massive arsehole.

“At no point during any of his rantings has Mr Shitgibbon presented what we would describe as a rational argument for his point of view instead he just resorts to name-calling as if that exonerates any argument that he presents. What Mr Shitgibbon does not realise is that simply calling someone ‘a woke snowflake wanker’ in an argument about fishing quotas in the North Sea does not mean that he’s won the argument as in fact it has quite the opposite effect.

“Our study has found that his anger comes from a feeling of being left behind by modern life as deep down he feels lost and needs somebody to blame for the failures of his own life or it could just be that he is a massive arsehole.”

According to Mr Shitgibbon ‘woke snowflakes’ are women, anyone younger than 50, anyone who disagrees with him, Miss Patterson who used to teach him French at school, that family from down the street who own a Prius, anyone who has any empathy for any other human being, every politician, every journalist, every scientist, anyone who has more money than him, anyone who owns a coffee machine, anyone who is a different religion or race than him, the guy sitting behind him on the bus listening to Eminem through their headphones, the neighbour’s cat, Gary Lineker, people who seem happy, the binmen, and his mate Dave who he hasn’t spoken to in five years after an argument about whose round it is that ended a friendship when  he called him a ‘woke wanker snowflake’.

Mr Shitgibbon said: “THIS STUDY JUST PROVES THAT EVERYONE ELSE IS JUST A WOKE WANKER SNOWFLAKE AS CALLING SOMEONE A MASSIVE ARSEHOLE IS JUST OFFENSIVE AND NO WAY TO WIN AN ARGUMENT.”