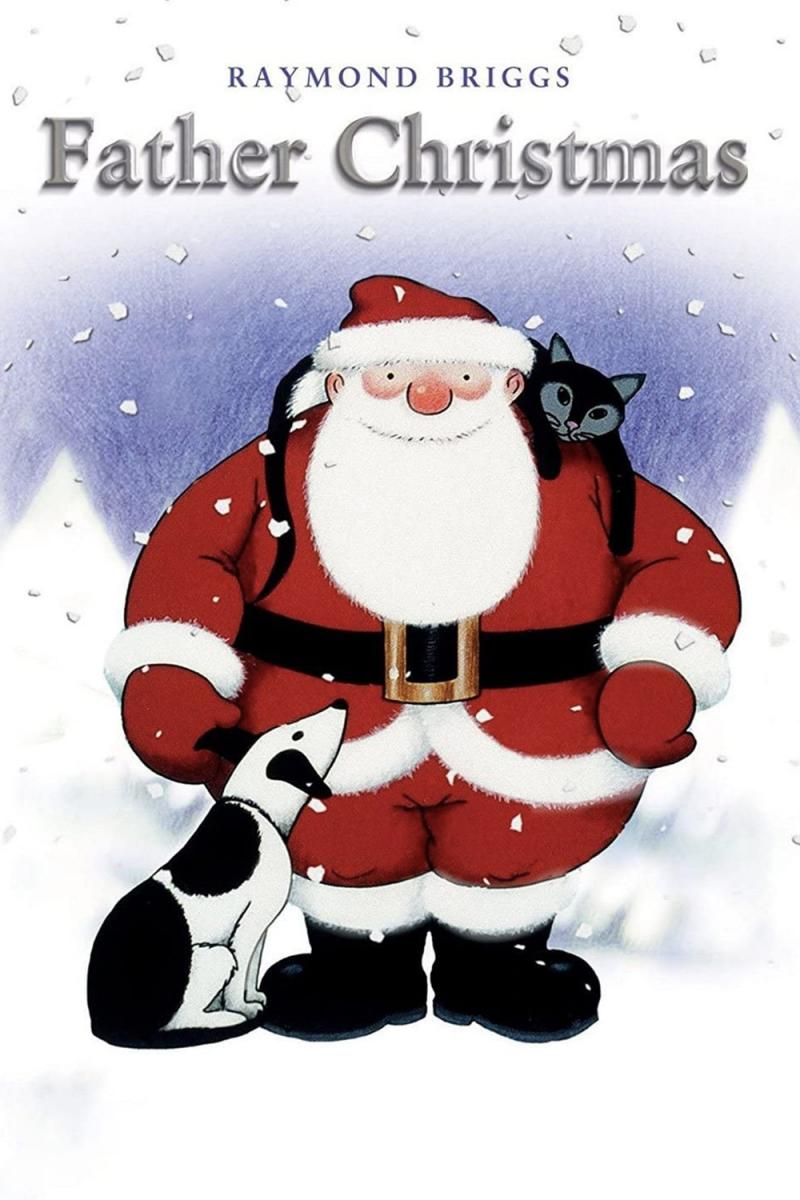 Father Christmas
Based on the book by Raymond Briggs, this short animated film takes a look at what Father Christmas does on the other 364 days of the year.

·   Ask your child to choose one of the destinations Father Christmas visits on his holidays and put themselves into his shoes (or boots!) and write a postcard home, explaining everything he saw and got up to there.

·   Father Christmas doesn’t enjoy all the visits he makes. Encourage your child to write him a letter, suggesting where he should go next year, and why he might like it better than his holiday this year.

·   Father Christmas spends time organising presents for us, but what present would like to receive? Ask your youngster to draw a picture of the gift they would get for him, and write a short explanation of their choice.
Download FREE Father Christmas activity sheets here

The Snowman
Also based on a Raymond Briggs book, in this film a young boy’s snowman magically comes to life, and takes him on an adventure to meet Father Christmas.

·   The boy and the Snowman never speak to each other, but if they did what would they say? Children could write an imagined conversation between them, or even act it out.

·   We see the boy building the Snowman step-by-step. Encourage your child to draw pictures and write instructions for each of the different stages of construction.

·   Ask them to design their own snowman! Ask them to label what they would use for his eyes, nose, mouth, buttons and so on.

·   If you watch the film carefully, you will see many different animals. Can your child spot them? As an extra challenge, they could choose an animal to research and perhaps make a poster or write a report about it.
Download FREE Snowman activity sheets here

Elf
Elf focuses on the character of Buddy, a human who has been raised by elves at the North Pole. On discovering that he is not actually an elf, Buddy travels to New York in search of his father

·   Buddy is given a snow globe of New York City. Children could design and draw their own snow globe, showing where they live.

The Grinch
Based on the 1957 book by Dr Seuss, a creature named the Grinch hates Christmas and everything to do with it. He devises a wicked plan to ruin the festive season for the town of Whoville.

·   Children could write a character description of the Grinch, detailing his appearance, his personality, what he does, and how he changes by the end of the film.

·   Ask children to draw a picture of, or describe, Whoville at Christmas. Would they like to live there? Can they explain why?

·   Ask your child to step into Grinch’s shoes, and describe or act out their thoughts about Christmas both at the beginning of the film, and then at the end, and discuss how they differ.
Download FREE Grinch activity sheets here

The Polar Express
A young boy who is beginning to lose his belief in Father Christmas boards a to the North Pole and has amazing adventures, makes some special new friends, and regains his belief in the magic of Christmas.

·   Ask your child to design a ticket for the Polar Express. Who would they give it to, and why? Which two letters do they think The Conductor would cut out on it, and why? Which full word would be created on reboarding the train?

·   At one point, the train passes the Northern Lights. Encourage children to research exactly what this phenomenon is. They could also create their own artwork depicting the scene.
Download FREE Polar Express activity sheets here

Klaus
A young postman who is not very good at his job is sent to serve an unwelcoming, frozen town in the far North. When he meets an old toy maker, Klaus, and together they begin delivering presents to the children of the town, things begin to change…

·   Ask children to imagine that they are one of the children living in Smeerensburg. Challenge them to write their own letter to Klaus, telling him how they have been good, what gift they would like and why.

·   In the film, Klaus has carved alcoves into a tree trunk for a family of figurines. Ask children to draw or make their own version of this, complete with everyone that is special to them.

·   Klaus says: ‘A true selfless act always sparks another’. Ask children to name the selfless acts in the film. Have they made any selfless acts themselves in the past? Are there any that they could make in the future?
Download FREE Klaus activity sheets here

Arthur Christmas (2011)
Santa’s rather accident-prone son, Arthur, sets out on a mission to deliver a present that was left at the North Pole on Christmas Eve

·   Encourage children to draw, and write a short description of, each member of Santa’s family: Santa himself, Mrs Santa, GrandSanta, Steve and of course, Arthur. What characteristics do they each have? How are they similar? How are they different?

Arthur is particularly fond of his slippers. Unfortunately, he loses them during his adventure. Can your child design a new pair for him?

·   Challenge your children to design and make their own version of ‘Christmas: the Board Game’. What will the board look like, what’s the aim of the game and how is it played? Will they need any extra items such as counters or question cards?
Download FREE Arthur Christmas activity sheets here

Fun activities for ANY Film
Set one of these fun challenges to give a new dimension to your youngster’s watching habits, whatever their chosen film:

·   Turn the sound off and challenge your child to describe what is happening in the film. Ask children to imagine that they are helping a blind person experience the film so they need to use as much detail as possible for each scene. You could play a few short scenes using Audio Description to get them started: as a cartoon strip, a digital book, as a written account, as a series of drawings, or as a storyboard.

·   Challenge your child to write a review of the film. How many stars out of five would they give it? What was the best bit? Who was their favourite character? Or what about recording a vlog review giving their opinion to share online with friends and family?