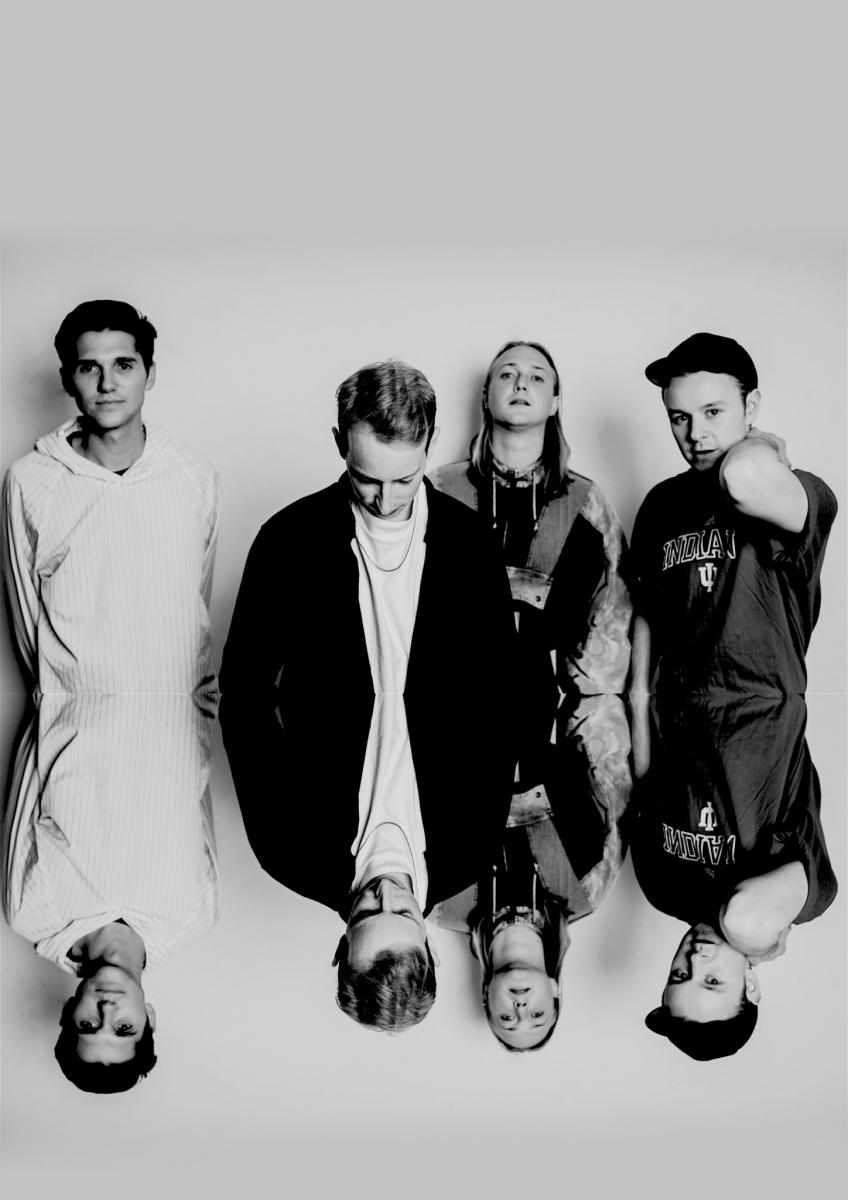 Low Island came onto my radar last year. After being sent a press release one thing led to another and I was drifting through their tracks on Soundcloud. My immediate comparison was a cross combination of Caribou and LCD Soundsystem, - sure it’s not an original comparison, others have certainly shared the same thought - and as I coasted through each euphoric track it became a dreamy amalgamation of electronica, dance, and indie-pop. When the latter elements crossover they almost transcend into a sort of jazz compilation, but in a really contemporary and complex execution of smooth electronic melodies. Yep, I was sold. Since seeing them at Ritual Union last October Low Island just seemed to shoot up afterwards with two sold out shows at London’s Corsica Studios, festival performances at Reading, Leeds and Truck, a show at Berlin’s Lollapalooza, and a headline show in their hometown - Oxford’s O2 Academy (September 21). It looks like hard work is paying off. According to Carlos this is due to “an impossible to balance cocktail of having fun, perseverance and self-criticism.” https://www.youtube.com/watch?v=wTEjlspsEik One of the best aspects of Low Island’s O2 show was just simply the fact that you could tell they were enjoying themselves - their connection on stage was as tight as their ethereal sound. More to the point it was clear they were working their arses off due to the shine of sweat glistening over them. Carlos said: “It’s the most I’ve ever sweated at a show, so much at one point that I couldn’t see for all the salt in my eyes!” The lead up to this show had been quite momentous - an O2 show on their home turf. Is that worse? Is that better? “There’s a warmth from the crowd in Oxford that we don’t always get in other places because it’s so often filled with close friends and family who have been supporting us from the start. “We love playing here and working with all the brilliant people in the local live scene; Jimmy on sound, Allan on the lights, Simon at Futureperfect - to name a few.” Amidst the band’s success it was great to bump into Carlos and Jamie, back in May, at Jordan Allen’s Cellar gig - just out in the crowd, enjoying and supporting the show. “It’s a great way to get out of the studio and talk to other people,” Carlos explained. “We love working with other musicians and artists of all kinds. We learn a lot from all the people we work with.” https://www.youtube.com/watch?v=51zquf7w5kE It’s a funny thing because when I spoke to Carlos and Jamie they had said something about taking some time off… Given their busy summer I have a feeling time off was just a nice idea. “It didn’t really end up happening. We’ve been writing a hell of a lot in between shows, thinking ahead to next year and really trying to nail down where it is we want to take the music sonically. It’s been really fun putting together the vinyl package too and finally having something physical to show for ourselves. But again, it kiboshed any chance of a break.” As well as being incredibly hardworking, Low Island are amongst the many musicians currently experimenting in the regions of percussion, dance and electronica - and Oxford seems to be a hot bed for it. So how do they keep relevant? “Fuck knows!” “I think as long as you write about things that mean something to people then you’ll always be relevant. Sounds and genres move in and out of fashion like jeans and bumbags (what is the fucking deal with that?), but I find the emotional impact and relatability of songs much more enduring and able to transcend things like identity or genre.” https://www.youtube.com/watch?v=W-OY-ST4BI0 From my perspective, this is what sets Low Island apart - the originality of each song. The songs feel like a unique entity that exists in a particular moment in time - bluntly, it’s something that can’t be replicated. It’s this captivating presence generated by their sound which really engages people with their music - it’s the reason I went to Ritual Union last year, because I wanted to know if this was just a sonic manipulation conjured up in the studio. Turns out, it is not - and this was amplified by their headline show. But, for musicians working today, it’s not all about sound and lyrics - it’s also about attitude. I’d argue that another way in which Low Island are keeping people engaged is by the way they communicate with the crowd and their fans. After finishing their O2 set the band reassembled to mingle and sell their latest album - Low Island 17-18 - on vinyl and CD. For a band well on their way they still seem incredibly grounded. “I find the stuff that sticks out more is when it goes hilariously wrong,” said Carlos “like last night in Manchester when it sounded like the sound system was about to explode because the previous act had spilt beer everywhere. And we were playing literally next door to another stage; it became a sort of competition of who could drown out the other band.” Asking what he hopes Low Island’s music gives to people Carlos said: “I hope it gives people a kind of comforting voice that tries to relieve some of the pressures put on us by society, by each other and ourselves.” I’ll vouch for that. Purchase Low Island’s tunes via www.musicglue.com/lowisland Check them out via www.soundcloud.com/lowislandmusic