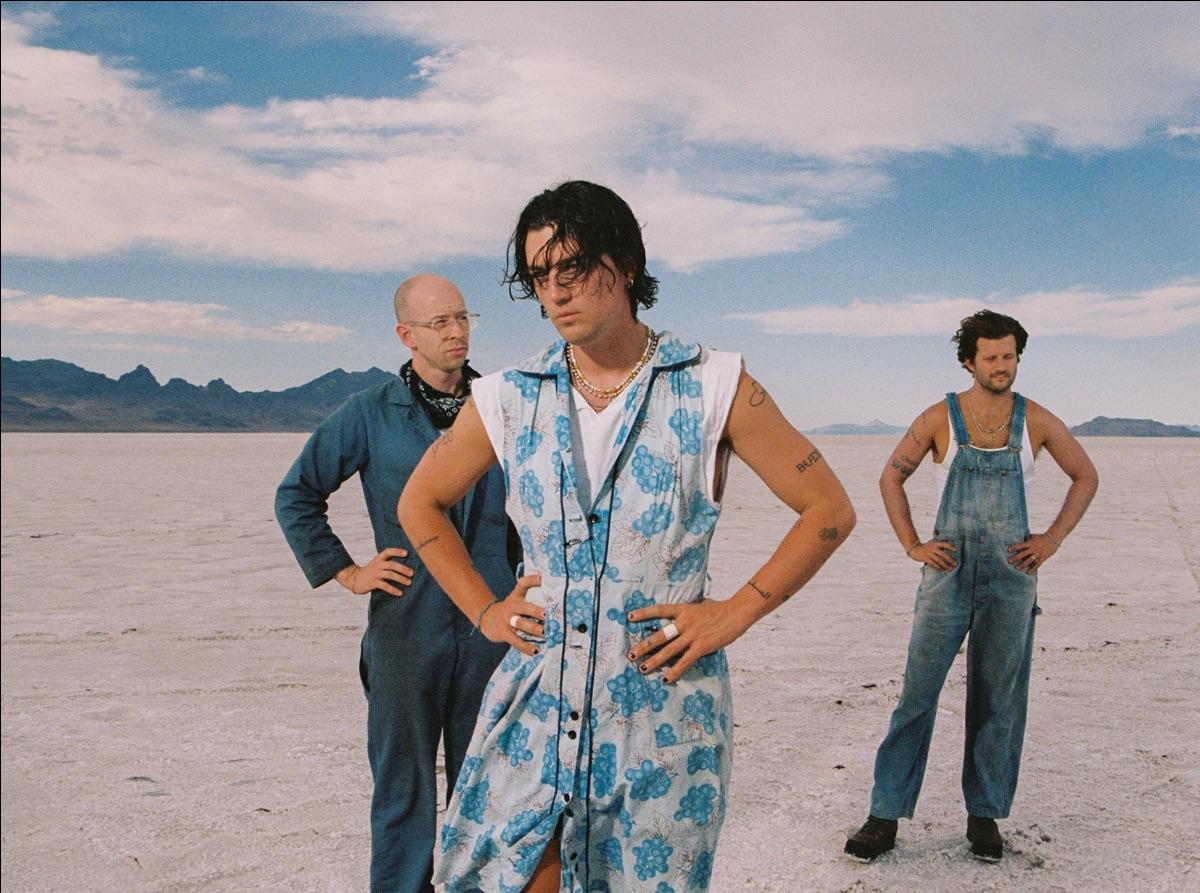 Mama’s boy, the third album from Los Angeles-based trio LANY is set for release on October 2nd on Polydor Records. Today, the band have unveiled a new track you! alongside a video.

You! follows two initial offerings from mama’s boy, if this is the last time and good guys, the band’s first new music since 2018’s Malibu Nights and their hit collaboration with Lauv Mean It from 2019.

After finishing the last leg of their world tour behind Malibu Nights, Paul- the band’s primary songwriter, lyricist and producer- decamped to a studio in the country outside Nashville where he began working on an outline for mama’s boy.

He polished the demos alongside bandmates Jake Goss and Les Priest and a host of gifted songwriting collaborators including Dan Smyers of Dan + Shay; Shane McAnally, best known for his Grammy-winning contributions to Kacey Musgraves’ Golden Hour; and songwriting power couple Sasha Sloan and King Henry.

Others, including Adele cowriter Dan Wilson, also contributed to the album when the sessions returned to L.A., where mama’s boy was completed.

You can watch the mama’s boy album trailer here.

Over those two weeks in Nashville Paul began to put into words and music the cognitive dissonance between the L.A. persona he’d adopted over the band’s rise and his Great Plains heritage.

“Someone asked me where I was from and somewhere, out of my spirit, I just said ‘Man, I’m from Oklahoma!’ It was a weird sense of pride, to be from the middle of nowhere,” he says of the realization that he needed to look to the country’s heartland for this album’s inspiration. Thematically mama’s boy is a sweeping tribute to home, heritage and Americana filled with songs that highlight what’s “symbolic of being an American kid” today.

LANY’s breakthrough came with their 2017 self-titled debut, amassing an international fanbase and selling out multiple nights at arenas across the world. Their 2018 follow-up Malibu Nights sealed the deal. Its heartbreak anthems cracked the Billboard Album Chart and connected in a huge way across the globe. The statistics speak for themselves: LANY have a social media following of 5.8 million people, have sold over 415,000 tickets worldwide and played sold-out shows from L.A.’s Greek Theatre to London’s Brixton Academy, with arena shows in major cities planned for this album. Their songs have been streamed over three billion times and they’ve had over 430 million video views to date.

The tracklisting listing for the album can be seen below: