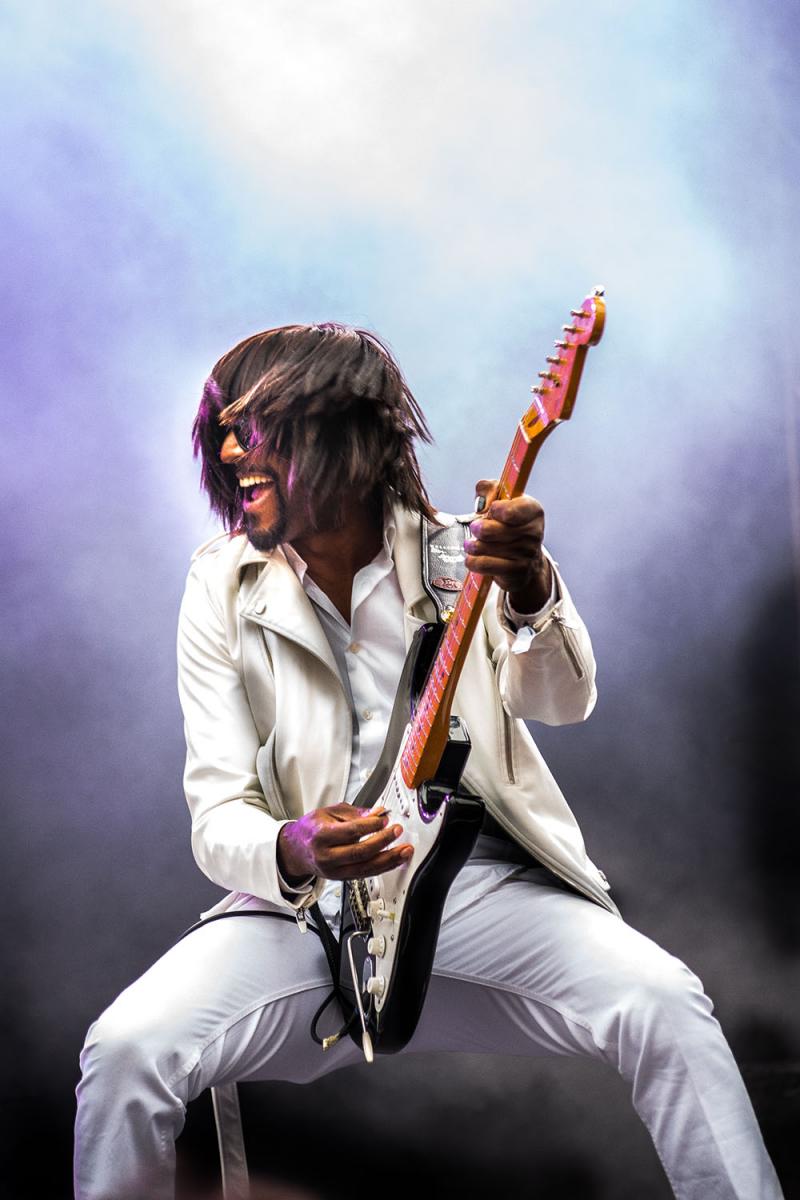 Kellindo is best known as energetic side-man and collaborator to Janelle Monae, playing guitar on her four Grammy nominated records and touring the world on some of the biggest stages including The Oscars & The Grammys and for everyone from David Letterman to Karl Largerfeld to The 44th President of the United States,Barack Obama.

Kellindo’s musical story however, starts way before that… Born from a gifted bloodline that includes James Brownband members Melvin and Maceo Parker and the first black law professor at Columbia University, his father Kellis Parker, Kellindo was just 8 when he first picked up guitar.

Now, after over a decade of performing with geniuses like Prince and Stevie Wonder, he’s ready to strike out on his own with his own distinctive brand of soul inflected rock ’n’ roll.

A  string of eclectic singles (including When Flowers Could Dance which has been listened to over 125,000 times) and a remixes EP have led to this new release, ‘Long Gone’ on UK independent label Quickfix Recordings, a no nonsense hook and riff driven rocker with a nice, big chorus and the kind of flashy fret work that made him stand out in the first place.

You will be humming it into your mask for days! Not only is he currently putting the final touches to his epic rock-opera album debut ‘Shattered Rhapsody’, but also will be recording intimate versions of his previous singles on piano and acoustic guitar to form one side of a limited edition vinyl collection. Kellindo will soon be a name with no need for associations.

Luke Combs 'Without You'' featuring Amanda Shires out now