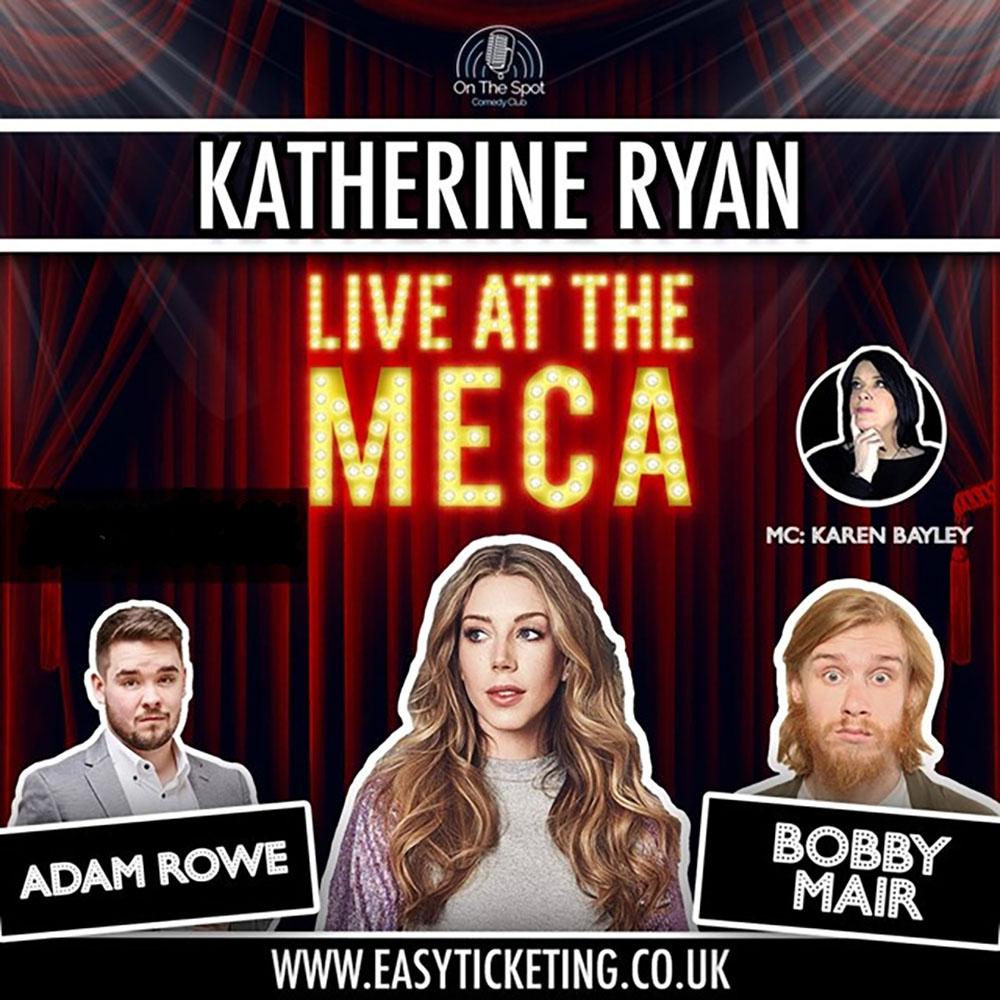 The comedienne is due to bring laughs to the MECA.

Tomorrow evening - 20 July - will see Katherine Ryan and a line-up of other comedy stars visit the Swindon event hall.

The show will start at 8pm.

Tickets are priced between £39 and £45 (excluding booking fees).

Individuals are allowed to purchase a maximum of 6 tickets at a time and under 14s will be required to be accompanied by an adult.

The Canadian performer recently hosted the BBC competition show ‘All that Glitters’ and has appeared on Taskmaster, 8 out of 10 Cats, The Big Fat Quiz of the Year and her own Netflix show, ‘The Duchess.’ Ryan also has her own podcast show, ‘Telling Everybody Everything.’

Ryan will be supported by midlands based and comic MC Karen Bayley. Bayley was crowned the winner of the Komedia New Act prize in 2001 as well as reaching the finals of BBC’s New Comedy Awards Showcase and The Babycham Funny Women competition.

Adam Rowe and Bobby Mair will also appear on the bill. Rowe is famous for his exploits at the Hot Water Comedy Club in Liverpool, and appeared on the Nationwide adverts. Bobby Mair has appeared on a host of TV shows, such as Russell Howard’s Good News, Never Mind the Buzzcocks and 8 out of 10 Cats.

More information about the MECA can be found at https://www.mecaswindon.co.uk/