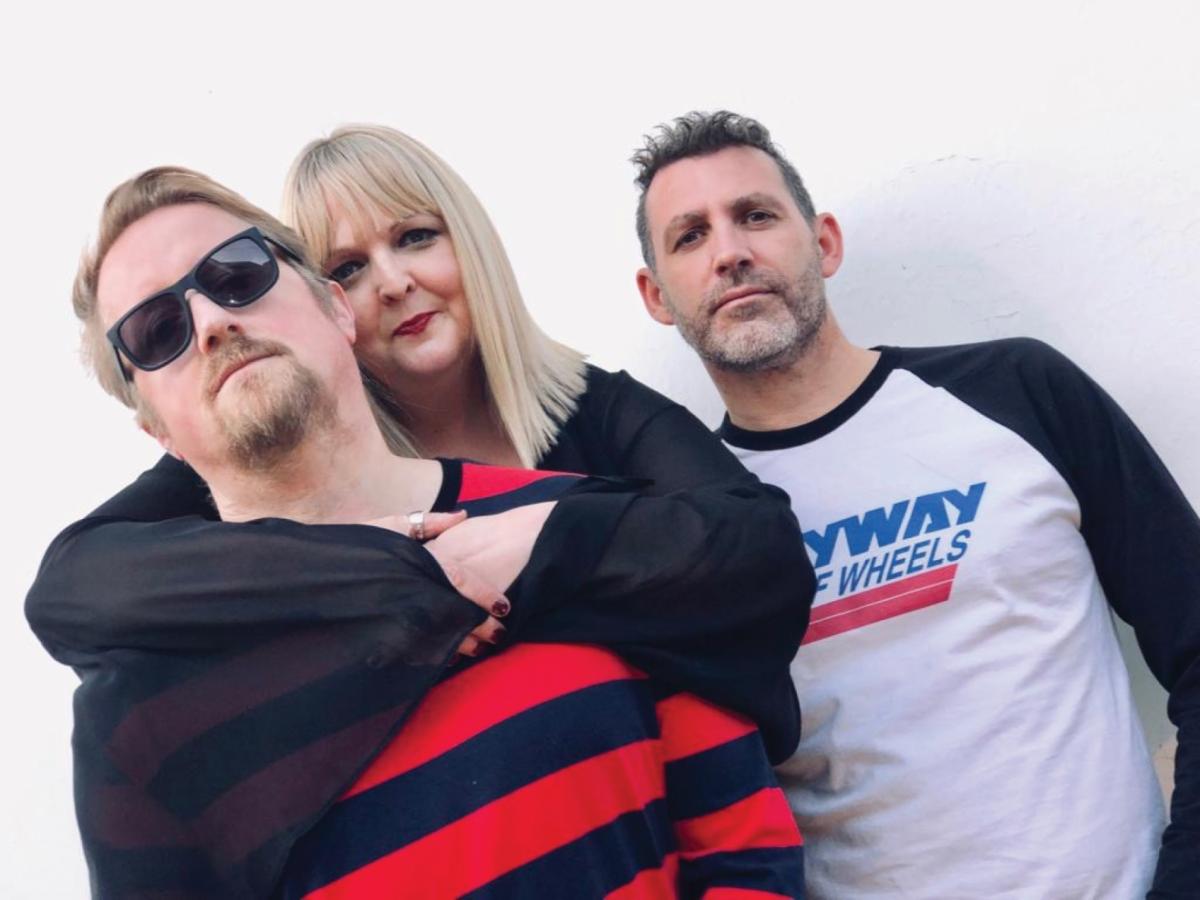 It can be quite daunting for a band to make a comeback. And it’s another thing entirely to come back in a new form. Comprised of former indie stalwarts Niall Jeger and Alex Bridge - of Oxford’s The Anydays - Jody & The Jerms only formed back in June 2019 but, as the band’s guitarist Niall tells The Ocelot, they’ve already got a festival booked for 2020, released two tracks and have already snatched attention in Spain.

The formation of Oxford-based Jody & The Jerms was a stroke of luck - particularly for Niall (guitar/vocals) and Alex (drummer).

The band was originally supposed to come together in 2018, but after the original singer was snatched for a West End show they pulled in mutual friend Jody for some guise vocals for the meantime. As it turns out “she nailed it,” says Niall.

“It sounded so good that we just went ahead and got the band going. Jody is completely new to it – she’s never sang outside of her bedroom before. She’s a friend of Al and I, and I just asked her to come and do some dry vocals and she absolutely nailed it and that’s when we realised we had a band essentially.

“I didn’t really want to put together a band of indie veterans – it’s nice to have someone that’s so new to it where they’re learning, they’ve got different emotions around nerves and stage fright. The trade-off is that you get so much excitement and energy as well, so it’s worked really well.

“It was really lucky that we worked, and we then decided to go forward with it and naturally a couple of weeks after that we had this national radio play in Spain. I mean, that goes back to The Anydays where we did tours in Spain and Italy, and then a band – or DJ – noticed that I’d got some new music together and it happened quite quickly.”

To date the three-piece have released two singles: their take on The Belltower’s 1991 track ‘Never Going Home’ and ‘He Doesn’t Know Me Much at All’ which was released last month. I had a listen before my chat with Niall and was quite simply fixated. Both tracks are a cross combination of Blondie meets Kirsty MacColl, and yet echo bands such as Best Coast and Summer Camp. It’s kind of brilliant. It feels like such a young, youthful sound that you would think someone in their 20s made it. But simultaneously the songs sounds as if they were made in the 70s but slightly reworked and released in the 90s which brings in that nostalgia element.

“Certainly, for me, as a writer and a listener, I’ve never been constrained by any genre,” Niall tells me. “I mean, I’ve loved shoegazing since the early 90s but I’m quite happy to listen to New Wave and poppier tracks. I never wanted to write songs in a certain style, and I think that’s also affected the way we record – predominately as live as possible – and using good, quite vintage, equipment. The synth sounds that we use are all from authentic early 80s synths, and that’s definitely an advantage that Al and I have where we’re so used to playing together – we can capture a lot of energy in that initial record. And with Jody being so new to it as well, that certainly added an unexpected edge as to what we came out with.

“I mean Al, – he’ll know a lot more about drums than I ever could – he plays a very nice Ludwig drum kit and it just delivers a really nice sound. You know, quite often a drum sound (without wanting to be too techy) is quite natural because that’s just how it sounds in the room and that’s what goes onto our tape. And it’s the same with me as well.

“It’s funny watching bands where they’ve got so many effects. Sometimes it’s nice just to hear an instrument without relying on multiple effects to achieve that. And that’s also another intention of the band – we do like to record as live as possible and rely on the natural sounds of the instruments and voice without too much processing.”

It’s worth mentioning that when listening to them, you expect them to be a much bigger band amongst all the levels and harmonic depth. “I mean that surprised us from just three of us being in a room and getting something that sounded that good [laughs]. If we get an echo or delay from the amp we try and capture that when recording, and that’s another kind of accident of how we got going.” 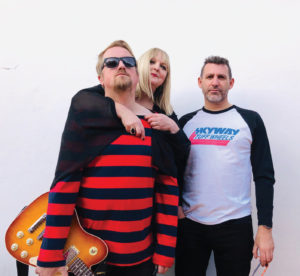 It’s always slightly unnerving when talking to a band, or artist, re-entering the music scene. Will they be humble? Arrogant? Scorned? But as we chat it becomes only too clear that Niall has a band he’s proud of, and excited by, and is just raring to get back out there. But, of course, given the success of The Anydays (2006-2012) - having supported Radiohead and Supergrass - it’s fair to say they’d be entitled to. Nevertheless, they are a new band with wisdom in their corner, fresh energy and an organic approach when it comes to getting themselves out there in a climate of sleezy promoters.

“I hate that a lot of London venues are going back to that ‘pay to play’ mentality where you’re expected to sell tickets in advance and promoters want paying before you even get near the stage which is something that we’ve purposely kept a million miles away from.

“I think it’s risky that the music industry’s maybe looking to, not exploit the artist, but make it harder for them to get the gigs that they deserve. I was really surprised to see that that’s still happening! That’s something personally that I wouldn’t touch with a barge pole.”

As for social media, the world of ‘influencers’ and avid ‘likers’ we concur that if there’s one thing that has remained the same is that the main goal is getting fans to the gigs. “That’s your real opportunity to show what you’re made of,” he says. “And as an artist, or band, you want to put on the absolute best show that you possibly can and that’s why we are rehearsing hard and really cherry picking the best songs, the best melodies to make that happen.

“I’ve heard countless stories of friends of friends who’ve had hundreds of thousands of plays on Spotify yet can’t get more than two or three people to a central London gig on a Friday or Saturday night. So yeah, what is a like?” I think social media is great in many ways for the band, but the other side of the coin is that a lot of audiences are looking for instant gratification – they’re not necessarily as engaged as they could be. So, yes, you can reach a lot of people but your opportunity to engage with them is potentially quite limited. I think now there’s this expectation of perfection, and not just for music, - for art and artists. I think that’s the downside of shows like The X-Factor where people become armchair critics and listening to something for 10 seconds and then decide if it’s the greatest thing they’ve ever heard or if it’s rubbish. For me, that’s not right. I like hearing imperfection, I like things to feel like a journey so that you have a beginning, middle and end – not getting everything up front the moment you listen to something. 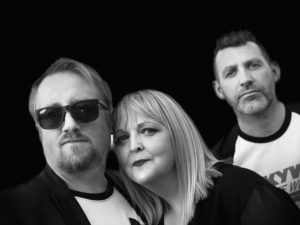 “If you look back to the indie culture of the late 80s or the early 90s, there were a lot of bands that went onto become very successful who started out by self-releasing on a limited edition seven inch vinyl, so that’s kind of where we are – we really respect that work ethic of making things happen, rather than sitting back and waiting to get signed.

Looking eagerly forward to 2020 Jody & The Jerms will be performing at Liverpool’s IPO (International Pop Overthrow) Festival in May and are currently organising tour dates in Spain and up and down the UK – including Oxford where they will play at The Wheatsheaf 22 February.

“We’re putting together a nice, live band as well alongside the three core members to add some different instruments when we take it on the road. I can’t wait, it’s been too long, and it’ll be a stage debut for Jody as well and that’s a different dimension for sure. We’re really looking forward to it.”