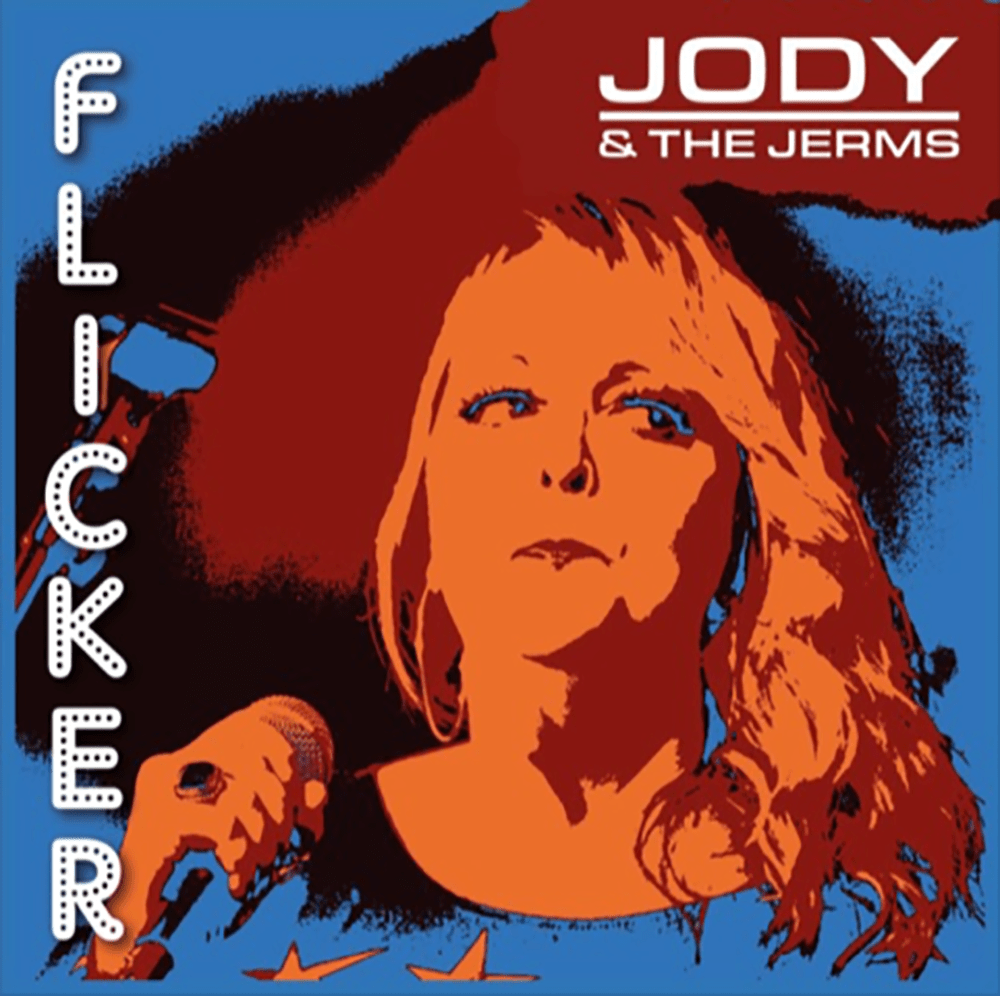 Jody and the Jerms have released their new single ‘Heavenly.’

True to its title, the track is described as divine indie-pop that finds the Oxford band harking back to the genre’s golden era.

A spokesperson for the band said: “For a track written in hell-on-earth (i.e. a traffic jam going over Henley Bridge as the band made their way to the studio one day), “Heavenly” defies all expectations with its saintly vocals, shimmering guitars and sunkissed melodies.”

Jody And The Jerms are a sextet currently based in Oxford and formed in 2019. Founded by former members of The Anydays (who notably supported Radiohead and Supergrass in the 90s), the band are fronted by Jody, who remarkably until last year had never sung in front of anyone.

The band’s spokesperson continued: “Finding her calling and an instant chemistry with the vintage-flecked indie of the Jerms, within a matter of weeks of their formation, grand plans of original material and tours soon began to form with a natural ease.”

Jody said: “A bittersweet love song that will play a serenade on your heart strings, “Heavenly” is all “about the perils of falling for someone head-over-heels and how that plays out.”

Written and recorded on the same day in the October of last year, the song is described as a beam of warmly fuzzy guitar pop laced with all the promises of new romance and new beginnings around the corner, yet spun with the reclusive cautiousness familiar to any indie kid finding their way.

Earning a dedicated fan in the late broadcaster Janice Long, the new single was aired for the very first time when Jody & The Jerms were invited into what would be the DJ’s last ever live session on 20, December 2021, shortly before her passing.

“Heavenly” is the lead single and opening track of Jody & The Jerms’ upcoming second album, ‘Flicker.’ Confirmed for release on 4, March 2022 via their own JATJ imprint, ‘Flicker’ arrives less than 18 months after the surprise hit of their lockdown-released debut ‘Deeper’ (released Autumn 2020).

Like resurfacing a lost reel of Super-8 from days long forgotten, ‘Flicker’ is described as warmly nostalgic as it is endearingly pure. Nestling neatly somewhere between the pristine catalogues of Blondie, The Bangles and The Darling Buds, the Jerms deliver 13 fuzz-driven, love-lorn jangle-pop gems of the most classic kind.

The band’s spokesperson added: “Songs of lost-loves and first-loves, escapism and outsiderdom are spun with a sanguine innocence and vivid relatability; Jody’s sweet-natured vocal perfectly paired with the dynamic musical arrangements of the Jerms.

“From the dizzying rush of “Spinning” and its surreptitious key changes, to the tick/tock tensity of the heart-palpitating “Sensation”, the ambitious ‘Out of Time’-era R.E.M. anthemia of Jody/Niall duet “Forever Running”, through to the tender Kirsty MacColl-tinted piano balladry of the closer “High Times”; on ‘Flicker’ the Jerms flit through styles and influences with a nimble elegance and agile ability. Recorded at Safehouse Studios in St Clements Oxford, ‘Flicker’ was mastered at Swift Mastering, with additional mixing by the band’s Peter James Millson.”

Jody & The Jerms will release ‘Flicker’ on 4th March 2022, via JATJ Records. Available digitally, plus on CD and vinyl, the physical editions will also feature bonus tracks: “Since Yesterday” and “Shiver” (Janice Long Session Version).

In support of the release, Jody & The Jerms will also be heading-out on a tour of the UK and Spain in the Spring and Summer of 2022. Full dates and details are as follows, with more dates to be added soon.

More information about Jody and the Jerms can be found at: