"It‚Äôs a stellar return" from She Drew The Gun - don't miss them in Oxford! 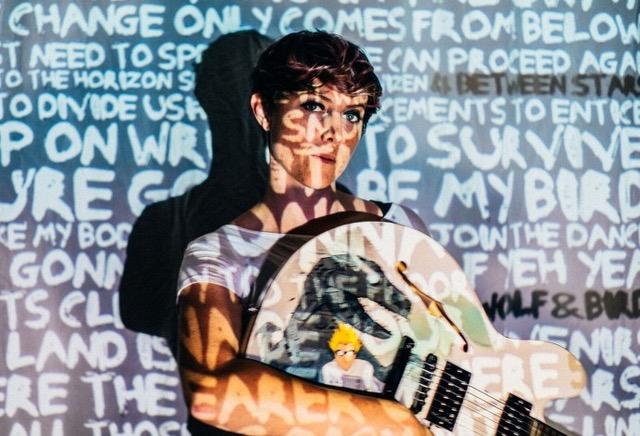 Having recently completed a UK tour supporting The Coral, She Drew The Gun will hit the road in February for an extensive headline tour, which includes The Bullingdon, Oxford, March 1!

Ahead of their headline UK tour, She Drew The Gun has released a video for their second single ‘Something For The Pain’ from their latest album ‘Revolution of the Mind’ - check it out…

“The song is about a conversation with a refugee set in the future,” says Louisa Roach, She Drew The Gun’s front woman, guitarist and songwriter. “At the point where the refugee crisis has become so big and automation so ubiquitous, that what is left of the first world finally make the decision to become a people rather than profit based society, one that treats everybody as citizens giving them their basic needs. In the video we played with the idea of that future exchange using ‘Jenny Holzer’ style text art to create a narrative and dancers to represent the conversation.

‘Something For The Pain’ is the second single to be taken from the Wirral four-piece’s acclaimed second album ‘Revolution Of Mind’, a BBC 6Music Album Of The Year, which also includes lead single ‘Resister’.

She Drew The Gun were John Kennedy’s Artist In Residence on his X-Posure show on Radio X.

Produced by The Coral’s James Skelly at Liverpool’s Parr Street Studios. ‘Revolution Of Mind’ is the follow-up to She Drew The Gun’s 2016 debut ‘Memories Of Another Future’, which contained the BBC 6Music playlisted singles ‘Poem’, ‘Pit Pony’, ‘Since You Were Not Mine’ and ‘No Hole In My Head.’

For further information and to purchase tickets visit www.songkick.com

Review: Thriller Live in Concert at the Wyvern Theatre - "a great tribute to Michael Jackson"

‚ÄúMaking music on her own terms‚Äù - have you heard Miraa May's latest EP?