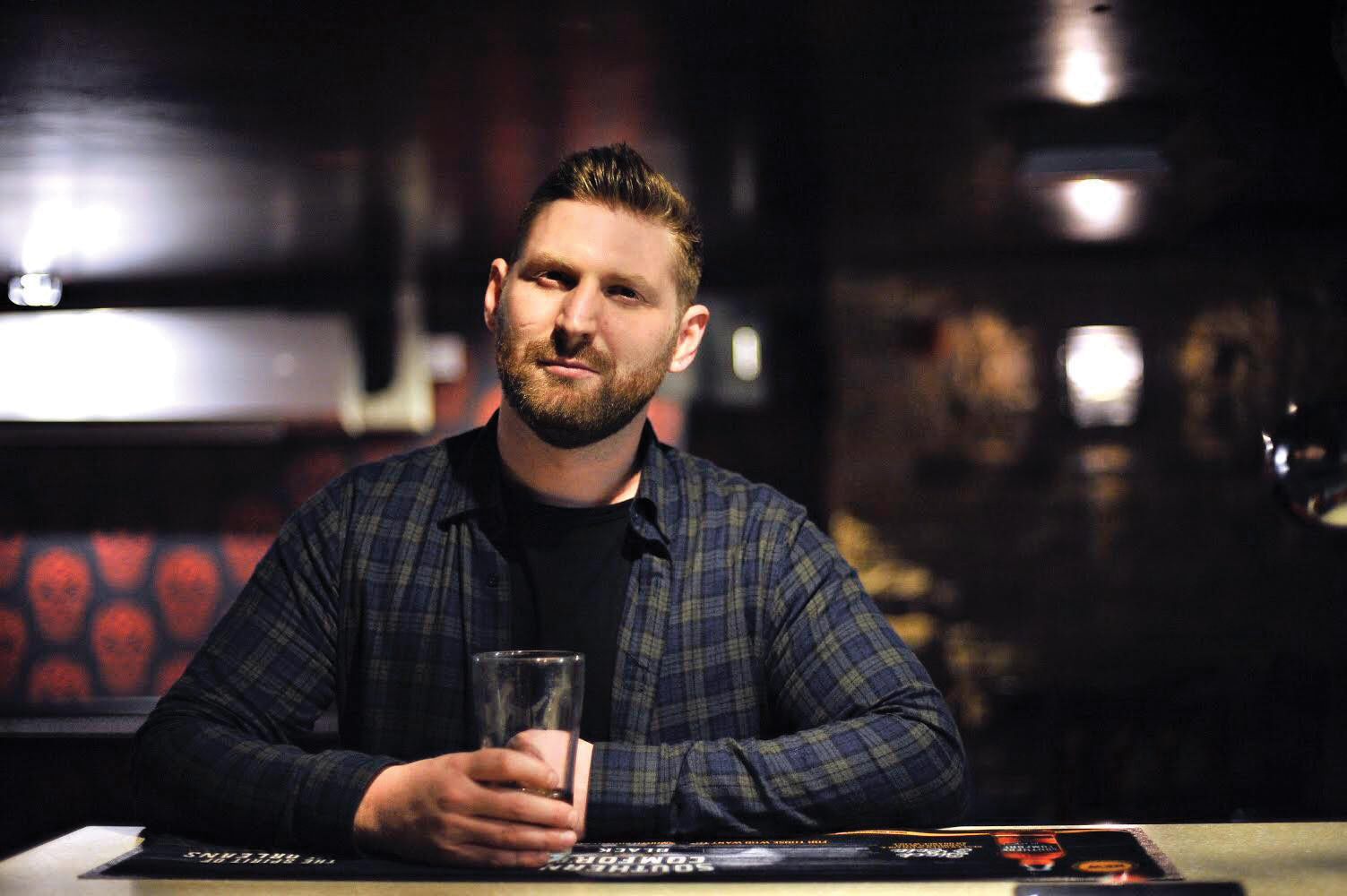 Ant Henderson from The Tribe talks about his musical influences and how he came to be working with Soup from Jurassic 5 ahead of the Fullee Love Collective gig at Level 3 this month.

I have always been exposed to all kinds of music as my mother has been a music teacher throughout my whole existence.

I started playing instruments from the age of three, starting with piano and trumpet, then onto drums and guitars as I grew older. I have a vivid memory of being introduced to an American Funk band called “Tower Of Power” when I was 13 by my drum teacher. It was their super tight rhythm section and funky brass section that made me really take a serious interest in music. I found myself obsessively listening to an album of theirs called “Oakland Zone”. I just wanted to make music like them throughout my childhood.

Can you provide a brief history of your musical career to date?

I have always played in original Hip Hop and funk bands. My first professional endeavour into music was with a signed band based in Cambridge.

We supported Amy Winehouse and Ed Sheeran. I then left this group to form a 12 piece funk soul band called A&T, this was the most educational experience I’ve had as a musician.

As you say, prior to working with Soup you founded The Tribe with whom you have seen success, can you run through your key highlights with them?

With yourself being busy now working with Soup is The Tribe returning to gigging any time soon?

The Tribe never stopped gigging, they are still going hard with a great new bass player!

So who is Soup and how did you guys meet?

Soup is one of four frontmen from a gold selling American Hip Hop group called Jurassic 5. We met online when I took an interest in his debut solo album “Free, White and 21”.

I enquired about being his bass player for his next tour. He replied to me stating that he had not yet put a group together but it was definitely the long term plan. So, I offered to piece a band together and do the live arrangements of his album. He then moved to the UK to pursue the band as his main project.

As well as playing bass in the band, you’re listed as the Musical Director, what does this entail?

Before I put the band together, I arranged the whole set ready for a 7 piece band to perform live. Added breaks, more energy, sexy sax lines and more funk bass. My role as the “Musical Director” is to run planned and mapped out rehearsals, and execute the lively set which I promised Soup when he lived in LA.

How would you describe the sound of the Fullee Love Collective?

What has it been like working with Soup musically?

Game changing. Although Soup doesn’t play musical instruments, he’s taught me to think big. One thing he said to me before we put the band together was “I don’t want to just hit the stage and play a gig, I want to put on a show with segues between songs, choreographed dance moves.

That’s the difference between headlining a tent and headlining the mainstage”. So that’s what we did!

What were the logistics of initially working with Soup being that he is from LA, was it online at first or were you physically meeting up?

We didn’t meet for about 6 months. We used phone, WhatsApp, FaceTime.

What have the live shows been like so far and what have been your highlights?

The live shows have been epic! We have performed around thirty festivals since April. Some to thousands of people, some to hundreds. Either way, its given us the chance to progress the “Show”.

What will it be like getting to play a hometown gig with Fullee Love at Level 3?

I can’t wait to show my hometown what I’ve been working on! It’s a big occasion for me personally!

And if someone was unsure about coming to watch Fullee Love at Level 3, what would you say to persuade them?

You’ll get to see an energetic funk soul hip hop band fronted by a legendary performer on your doorstep.  And if you’re a fan of Jurassic 5, you’ll get to see some of their biggest hits. Trust me, it’s something new to feast your ears on.

Tickets (£15) from www.seetickets.com or from The Victoria/The Rolleston. Doors open 8pm.

Gammy Leg hobbles to The Library in Oxford for special gig